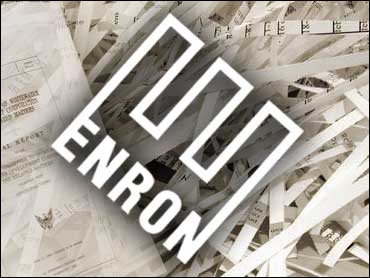 "Make no mistake about it. This is a smoking gun," said Sen. Dianne Feinstein, D-Calif.

Justice Department officials could not be reached for comment immediately.

The memos, written by Enron lawyers in December 2000, outlined practices similar to those described by California officials who allege that the energy trading company created phantom congestion on electricity transmission lines and engaged in sham sales among its affiliates to increase electricity prices.

Describing one such strategy used by Enron energy traders and called "Death Star," the lawyers wrote: "The net effect of these transactions is that Enron gets paid for moving energy to relieve congestion without actually moving any energy or relieving any congestion."

Another practice, called "ricochet," allowed Enron to send power out of California and then resell it back into the state to avoid price caps that applied to transactions solely within California.

The White House, which refused to get involved in California's power crisis, now says the president wants the matter vigorously investigated.

"We've always said that if anybody is illegally manipulating markets, they need to be held accountable," said Bush spokesman Ari Fleischer.

The president has faced criticism in recent months for his close ties to the collapsed energy giant, which has been the single biggest financial supporter of his political career.

"It's about time that we can prove our allegations. We've been talking to everyone that would listen for the last two years, alleging exactly the practices that have come out of Enron's own mouth," said Loretta Lynch of the California Public Utilities Commission.

Questions about the memos came up during a Senate hearing on Enron's business practices. Enron's board members told senators they knew nothing about their trader's tactics.

"Not once did we hear anything that suggested any impropriety in California," said board member Herbert Winokur Jr.

But California investigators tell CBS News the memos prove Enron, and others, engaged in a criminal conspiracy to gouge consumers.

The Federal Energy Regulatory Commission has been investigating whether Enron either took advantage of or helped spark the crisis in California's newly deregulated power markets, in which wholesale power rates jumped tenfold, three investor-owned utilities faced financial ruin and Californians experienced rolling power blackouts. Enron has denied any role in the crisis.

The company provided the memo to the commission Monday along with a later, undated report from other Enron lawyers that took issue with the first memo. FERC posted the memos on its Web site, along with a letter to Enron seeking more information about the company's electricity and natural gas trades in California and other Western states.

Robert Bennett, a Washington attorney who represents Enron, said the memos became known 10 days ago and could easily have been kept confidential. The reports were addressed to Richard Sanders, Enron's vice president and assistant general counsel, to prepare for investigations and lawsuits resulting from the California situation.

"Current management decided the responsible thing to do was to release the documents," Bennett said.

Questionable accounting practices helped drive the company into bankruptcy last year and resulted in the sale of the energy trading unit at the center of the California allegations. "It's virtually impossible for us to determine the accuracy or inaccuracy of these memoranda," Bennett said.