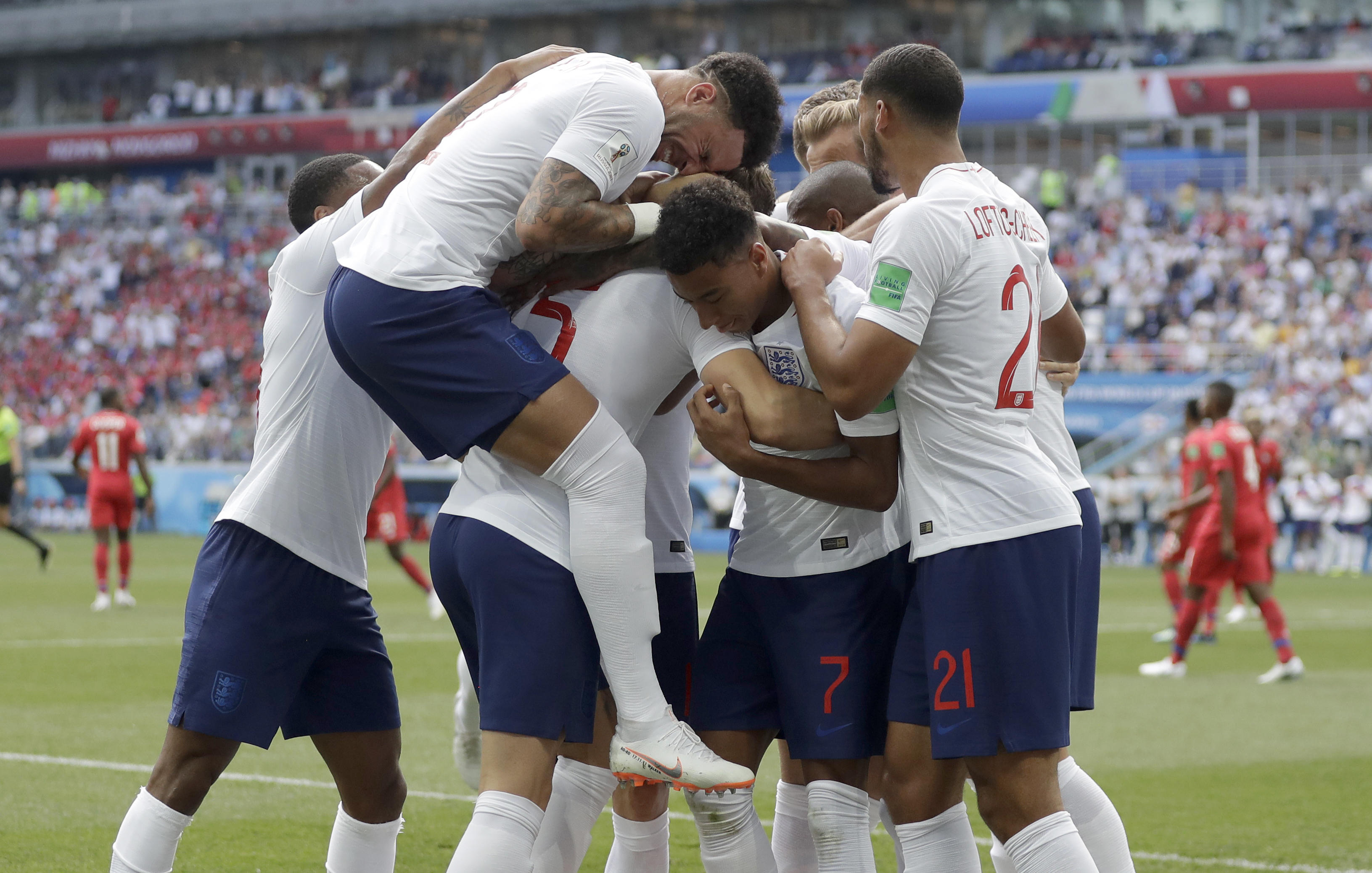 "The way we played, the discipline, the hard work, and that's what we are here to do," Kane said. "We've been working hard on set pieces and it's nice to see them coming together. We need to enjoy this."

Not since the 4-2 victory over Germany in the 1966 final has England scored as many goals at the World Cup.

The ruthlessness of the display in the sweltering heat of Nizhny Novgorod showed just how far England has been transformed in the four years since an older, more experienced squad couldn't even manage a win when it exited the World Cup in Brazil in the group stage.

In 2014, England complained about the heat in Brazil -- particularly the humidity of the Amazonian jungle in the team's opening loss to Italy.

Now England is sure of a spot in the round of 16 with a game to spare in Group G. Panama, which offered little resistance, is leaving the tournament early after being eliminated along with Tunisia.

Sterner tests await, starting with the Thursday's game against Belgium. England and Belgium are level on points and goal difference and will play for first place in the group.

With five goals in two games in his World Cup debut, Kane is the leading scorer at this year's World Cup -- one ahead of Cristiano Ronaldo and Romelu Lukaku.

Not that England is reliant on Kane, who couldn't find the net at the 2016 European Championship. John Stones headed in two goals and Jesse Lingard curled in another.

In Russia, England has been trying to cast aside the negativity of the past while remolding the image of the team on and off the field. Even locals were supporting the team in Nizhny Novgorod, despite the bitter diplomatic relations between Russia and Britain.

The egos who dominated in England's celebrity-obsessed, underperforming Golden Generation in the first decade of century have gone. The joy and togetherness in the squad -- the second-youngest in Russia -- becomes clear in the goal celebrations.

Where past England teams might have wilted in warm temperatures, this one pressed with high-tempo intensity to ensure there was no need to scrape a victory like on Monday against Tunisia.

England picked up where it left off in Volgograd, with a corner from Kieran Trippier headed into the net in the eighth minute. It wasn't Kane on the end this time but Stones, who was left unmarked to score his first international goal.

Kane didn't have to wait long to add to his tally, converting from the penalty spot in the 22nd after Lingard was brought down by Fidel Escobar.

Lingard did get on the scoresheet in the 36th with the pick of the goals. The Manchester United forward played a 1-2 with Ashley Young and exchanged passes with Raheem Sterling before shifting the ball across and bending it into the top corner.

The fourth goal was the culmination of a well-worked free kick with Sterling's close-range header parried by goalkeeper Jaime Penedo. Stones was primed to follow-up, giving the defender his second.

However much they tried, Panama struggled to block England's route to goal. Anibal Godoy resorted to trying to wrestle Kane to the ground, only to concede a penalty that was converted by the Tottenham striker.

England was merciless. At 5-0, the job was complete by halftime.

Chasing the golden boot, Kane relied on his heel to complete his hat trick by getting the faintest of touches to divert Ruben Loftus-Cheek's shot into the net.

Panama, beaten by Belgium 3-0 in the opening game, finally had something to celebrate, briefly.

England had spells of sloppy defending that could be punished by stronger teams, like Belgium. But by taking their chances and exploiting a porous defense, England showed what it is capable of.

The winner of the England-Belgium match on Thursday in Kaliningrad will win Group G. In the event of a draw, first place could come down to the fair play record -- which team has accumulated fewer red and yellow cards.