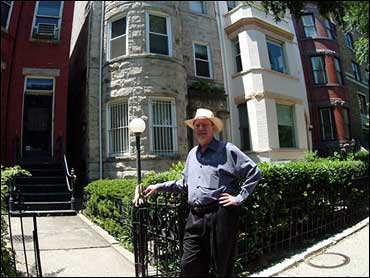 After nearly 30 years in the suburbs, Tony Pugliese had enough. So once his kids were grown, he persuaded his wife to buy an apartment in the tony Russian Hill section of downtown San Francisco.

"The city to me has always been a friend," said Pugliese, who grew up in Portland, Ore., and lived in Berkeley, Calif., as a young adult. "It was something I missed."

Pugliese, a computer consultant, said it was in his career interest to move to the suburb of Palo Alto to work for IBM in the early 1970s. But "I always had it in my mind that when the time was right, and I wasn't screwing anybody's life up, that I'd move back to the city."

Pugliese, 61, represents a growing trend among empty-nester adults in their 50s and early 60s. With the kids gone and several years of work still ahead, many Americans are yielding to the lure of hip downtown areas.

As millions of baby boomers enter that age bracket, some city planners and demographers believe we could soon see an even greater influx of older, working adults into urban areas in the coming years, adding momentum to the resurgence already under way in many downtown areas.

As a senior fellow for housing at the Urban Land Institute, a Washington, D.C.-based think tank on land and development issues, John McIlwain has both studied this emerging trend as well as participated in it.

"There is a significant portion of the baby boomer generation that is opting to go to the cities," said McIlwain. "I think this is the beginning of a long-term trend."

McIlwain said that while hard data backing up this trend is scarce, he said he has seen anecdotal evidence of it in some 40 U.S. cities he has visited over the past few years. He can also relate to the urge to moving back downtown, since that's what he and his wife did.

Tired of living in the Washington suburb of Chevy Chase, Md., McIlwain sold his house several years ago, after his son left home. The couple moved to Dupont Circle, one of the capital's most trendy neighborhoods, and "it took us about a week to decide that we had made a wonderful decision," McIlwain said.

As more boomers become empty nesters, they are even more likely than previous generations to be drawn by the urge to move back to downtown areas, said Brad Edmondson, a former editor of American Demographics magazine and the co-founder of ePodunk.com, a site that profiles residential communities across the country.

More than previous generations, boomers are more likely to be single as well as college educated, making them more likely to be drawn to urban cultural attractions such as performing arts, museums and gourmet food.

"Boomers really don't have very many limitations on where they live, and in that situation density becomes very attractive," Edmondson said. "You may not be in the singles market, but you want to be around other people. They're still looking for friendship and partnership."

What's more, downtown areas themselves are vastly different from those of 10 to 20 years ago, said Robert Bach, national director of market analysis at the real estate firm Grubb & Ellis. With cities far more safe and vibrant than those in the past, a number of developers are putting up high-end buildings in downtown areas across the country and targeting them mainly to boomers, Bach said.

Bach, who is in the boomer category at the age of 52, recently moved from suburban Chicago to downtown Indianapolis. "They are moving downtown," Bach said of boomers, "and I see that continuing to happen."

For boomers that do make the move, there are a number of financial implications to consider. On the plus side, transportation costs are sure to decline since you can usually sell your car and get around on foot or by public transportation. But housing and food costs are likely to go up, as are local taxes.

Jude Lange, a 59-year-old publishing consultant, said she and her husband scaled down tremendously when they moved to San Francisco from the suburbs. "There are unexpected costs like eating out - which can really add up - taxis, and so on. The lifestyle is pretty different."

Karen Breen Elia, a real estate broker of RE/Max Exclusive Properties, said she has sold numerous apartments in downtown Chicago to empty-nesters in recent years. For many, the biggest obstacle is "what do we do with all this extra furniture?"

Some boomers are trying to have it both ways - keeping the house in the suburbs while getting a pied-a-terre apartment in the city. Others are buying apartments for their kids downtown, often with an extra bedroom for mom and dad to stay when they come to town.

One of Breen Elia's clients, 52-year-old John Allen, helped his daughter buy a two-bedroom apartment in the Lincoln Park area of downtown Chicago, with the stipulation that it have an extra room for an occasional visit from the parents.

"We did it to help our daughter, but there was an ulterior motive," said Allen, who now finds it easier to come to the city from his home in suburban Long Grove for a night out with his wife. "It's giving us an opportunity to expose ourselves to what's there, without having to live there full-time."

Some boomer-age people entering their golden years are finding that retirement just isn't for them, at least not yet. Rita Jones, who had lived in Minneapolis and New York, lasted about three years in retirement in a small town in Hawaii before she decided he hated it. Earlier this year, she bought an apartment in Manhattan and is enjoying going back to work in the financial regulatory field.

"I failed retirement," said Jones, who is 60. "I always thought that when I retired, I'd be able to read, bake and do all those things I wanted to do. And I did those things, but I felt that something was happening to my brain."