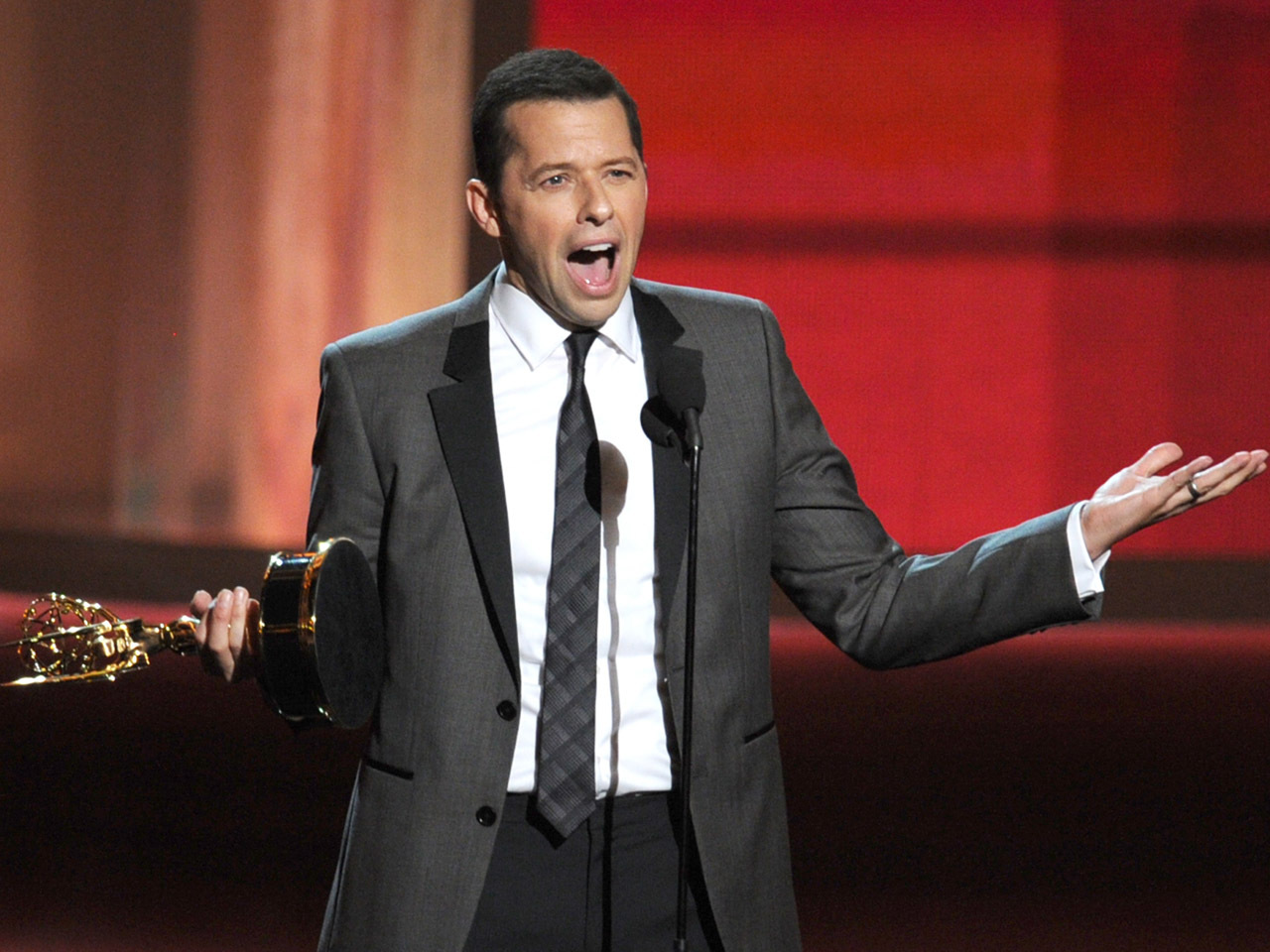 (CBS News) "Two and a Half Men" star Jon Cryer looked truly surprised when his name was called as winner for best actor in a comedy at the Emmy Awards Sunday night in Los Angeles.

Cryer, who plays Alan Harper on the CBS series, was a past supporting actor winner for his role, but was bumped up to lead actor this year, with the departure of actor Charlie Sheen.

While on the red carpet, he talked about his chances of winning. "This year, I'm in the lead actor category, which is Alec Baldwin, Larry David, Don Cheadle, Jim Parsons," Cryer said. "I'm not gonna win."

During his acceptance speech, Cryer said, "Don't panic people. Something has clearly gone terribly wrong. I'm stunned. I didn't actually win this. This did not just happen."

He noted how he was up in an amazing category with amazing nominees, later adding, "This is crazy."

Cryer was previously nominated six times for best supporting actor in a comedy for "Two and a Half Men," winning only once in 2009.

Tell us: What do you think about Cryer's win?