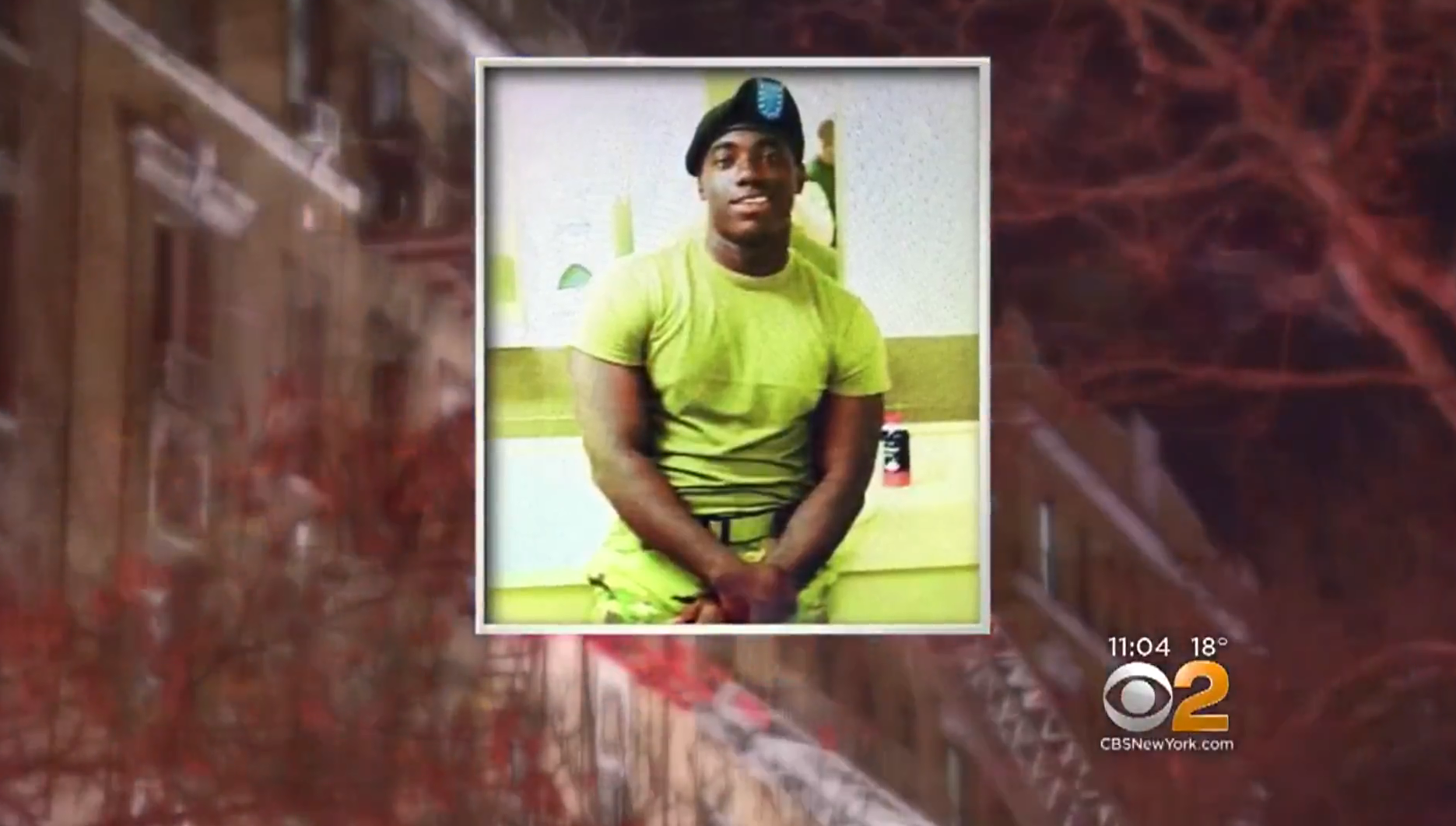 An Army soldier who was visiting New York City for the holidays was among the 12 victims in the deadly Bronx blaze, his father told CBS New York. Kwabena Mensah said his son, Emmanuel, spent his final moments trying to rescue other people in the building.

"That's what I think, because it was in his nature," the elder Mensah said. "He wanted to help people out."

The 28-year-old was in for the holidays – his first trip home since joining the Army a year ago. Kwabena Mensah was on the scene early Friday morning, looking for any signs of his son after checking area hospitals.

"I thought maybe he was coming back," he said. "Unfortunately, it turns out the other way."

Emmanuel Mensah's roommate was the last to see him. She made it out with her four children and husband but lost Mensah in the mix.

"Tried to call and phone everywhere, my husband went to hospital," she told CBS New York.

The four-alarm blaze that broke out late Thursday is New York City's deadliest fire in 25 years, Mayor Bill de Blasio said. Four children, including a 1-year-old baby, are among the 12 killed.

The fire was started by a 3-and-a-half-year-old boy who was playing with burners on a kitchen stove located in a first-floor apartment, officials said.

"The mother was not aware of it, was alerted by the young man screaming," said Daniel Nigro, commissioner for the New York City Fire Department. "She exited her apartment with her 2-year-old, and 3-year-old and left the door open."

As smoke engulfed the building on Prospect Avenue just before 7 p.m. Thursday, family after family desperately ran out, barefoot and freezing, to try to get to safety.

"When I wake up, all I see is the flames going up, kids are on the fire escape," said neighbor Rafael Gonzalez. "It was one apartment and then it escalated to two apartments. It just kept going next and up — it escalated."

As firefighters scrambled to save tenants, the Red Cross arrived on scene to wrap residents in blankets and provide buses for shelter as temperatures lingered in the teens with the wind chill below zero.

"No coat or nothing, straight shorts," said Gonzalez. "Straight shorts so I know, therefore, I know they had to be cold."

"It was like freezing point, so it was worse for people who wasn't ready and dressed appropriately – with no shoes or any of that," said one woman who was evacuated to a warming bus.

The victims range in age from one to 63. Among the dead: a mother and her two daughters and niece. A family member didn't want to go on camera, but the heartbreak was obvious, CBS News' Don Dahler reports.

"Oh my God, those two little babies," they said. "God rest their souls, they're beautiful."

In another apartment, a woman and infant were found huddled in a bathtub.

In all, 170 firefighters were called in to fight the blaze, but the cold weather made things worse, since crews had to battle the flames with freezing hoses.

According to city records, the 100-year-old building has a number of open safety violations, including a defective smoke detector on the floor where the fire began. The fire department is investigating whether that played any role in the tragedy.