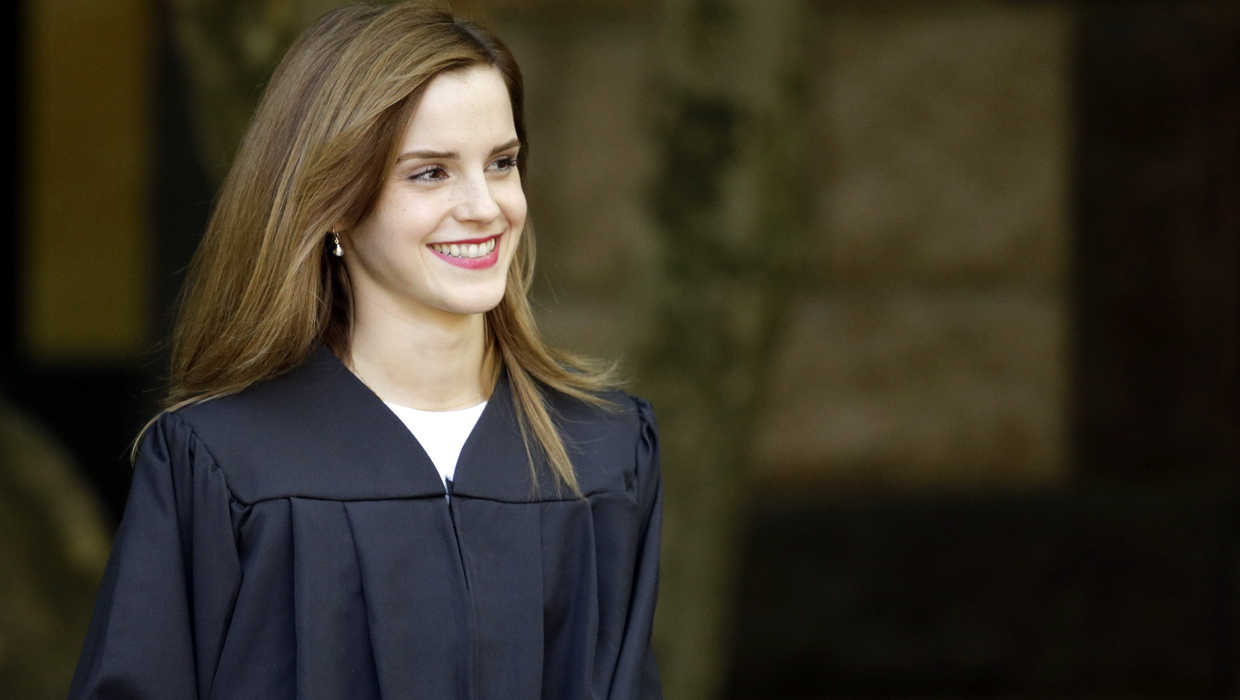 Emma Watson has graduated -- and we're not talking about from Hogwarts.

The British actress, who played Hermione Granger in the "Harry Potter" films, graduated from Brown University on Sunday. According to the Associated Press, she received a bachelor's degree in English literature.

Watson, 24, posted a photo on Twitter showing her wearing a cap and gown.

Watson began studying at the Ivy League university in 2009. Along the way, she also spent time at England's Oxford University and kept up her film career.

Despite her celebrity, Brown said she had a relatively normal college experience. "I've never even been asked for an autograph on campus," she said in 2013, according to Us Weekly. "I threw a party for nearly 100 students and not a single person put a photo on Facebook."

Watson most recently starred in the biblical epic "Noah" with Russell Crowe and Jennifer Connelly. Her other film credits include "My Week with Marilyn," "The Perks of Being a Wallflower," "This is the End" and "The Bling Ring."