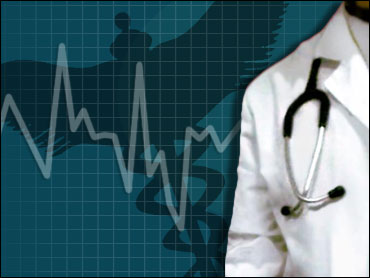 The emergency room has become a waiting room, according to a study of more than 90,000 ER visits.

"My mother was seriously ill for a couple of years and I frequently had to take her to the hospital and we were often waiting three, four, five, six hours," Donna McCormick told CBS News medical correspondent Dr. Jon LaPook reports.

The wait has hit heart attack patients the worst, increasing their average wait from 8 minutes in 1997 to 20 minutes in 2004.

"Patients who are arriving at the emergency department with time sensitive illnesses may not be receiving the care that they need given these longer waits," said Dr. Andrew Wilper of the Harvard Medical School.

Why? The number of ER visits has increased, and the number of emergency rooms has decreased.

Dr. Assaad Sayah of Cambridge Health Alliance explains: "Because of hospital closures, the number of in-patient beds nationwide has shrunken. While at the same time our population is getting older, requiring more patient care and they are getting sicker."

Cambridge Health Alliance hospitals have been able to reduce waiting time 18 percent over the last six months, through steps like better scheduling of elective surgery. But making hospitals more efficient is not enough.

Improving care inside the emergency room depends on solving a major problem on the outside. With 47 million Americans lacking health insurance, the ER has been taking the place of the primary-care doctor.