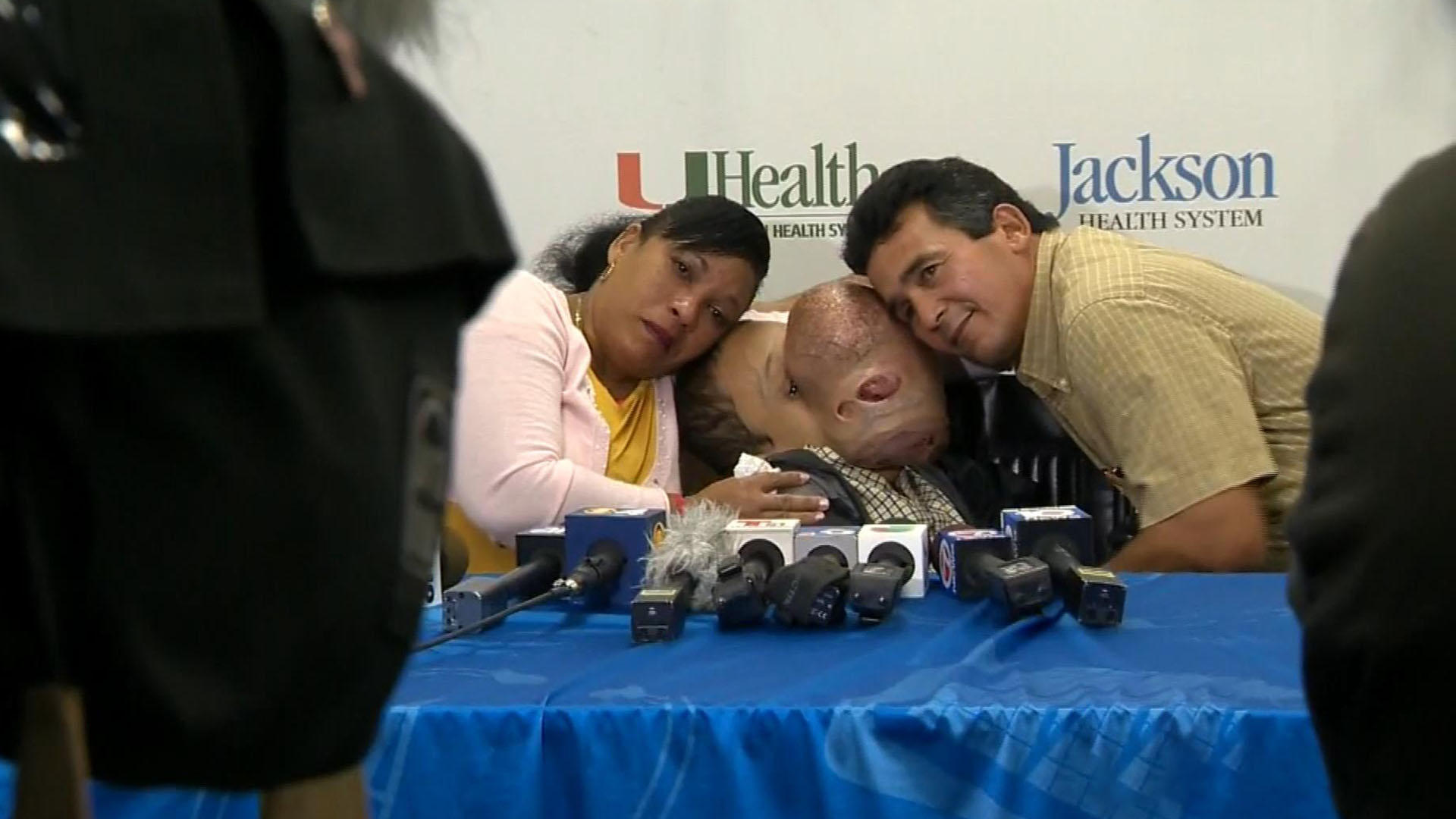 A 14-year-old boy from Cuba has died after doctors in Miami removed a 10-pound tumor from his face.

Emanuel Zayas was born with a rare disorder called polyostotic fibrous dysplasia, a condition that replaces multiple areas of bones with fibrous tissue and may cause fractures and deformity of the legs, arms and skull.

Doctors were able to control the condition with medication when he was younger, but at age 11, what was thought to be a pimple on his nose turned out to be an ossifying fibroma. Over the last three years, the benign tumor grew to approximately 10 pounds and the size of a basketball, CBS Miami reports.

Dr. Robert Marx, chief of oral and maxillofacial surgery at University of Miami Health System, learned about Emanuel and immediately offered to help.

Marx has extensive experience treating similar facial tumors and is one of the few doctors in the country who specializes in operating on extremely large tumors.

In December, he announced at a press conference that he and other members of the oral and maxillofacial reconstructive team would perform a surgery lasting 10 to 14 hours to remove the tumor at Holtz Children's Hospital at the University of Miami and Jackson Memorial Medical Center.

"It's life-threatening by its very weight," Marx explained to reporters. "If nothing is done it will cause a fracture of his neck or it will suffocate him from breathing, just by its physical size."

But on Friday, Marx announced on his Facebook page that despite early glimmers of hope, Zayas did not survive long after the surgery was completed.

"I am saddened by the fact that we are losing him and that apparently the physiologic stress of the surgery was too much for his compromised anatomy to overcome," Marx wrote in the post. "Our hopes of saving his life and in doing so would allow him a better quality of life have not been realized."

He noted that Zaya's family finds comfort in donating his body to medical research in hopes of learning more about the rare disease and helping the people all over the world who suffer from it.

"Our condolences and prayers for Emanuel's family and the loss of a very brave young man," Marx wrote. "Another angel has arrived in heaven."