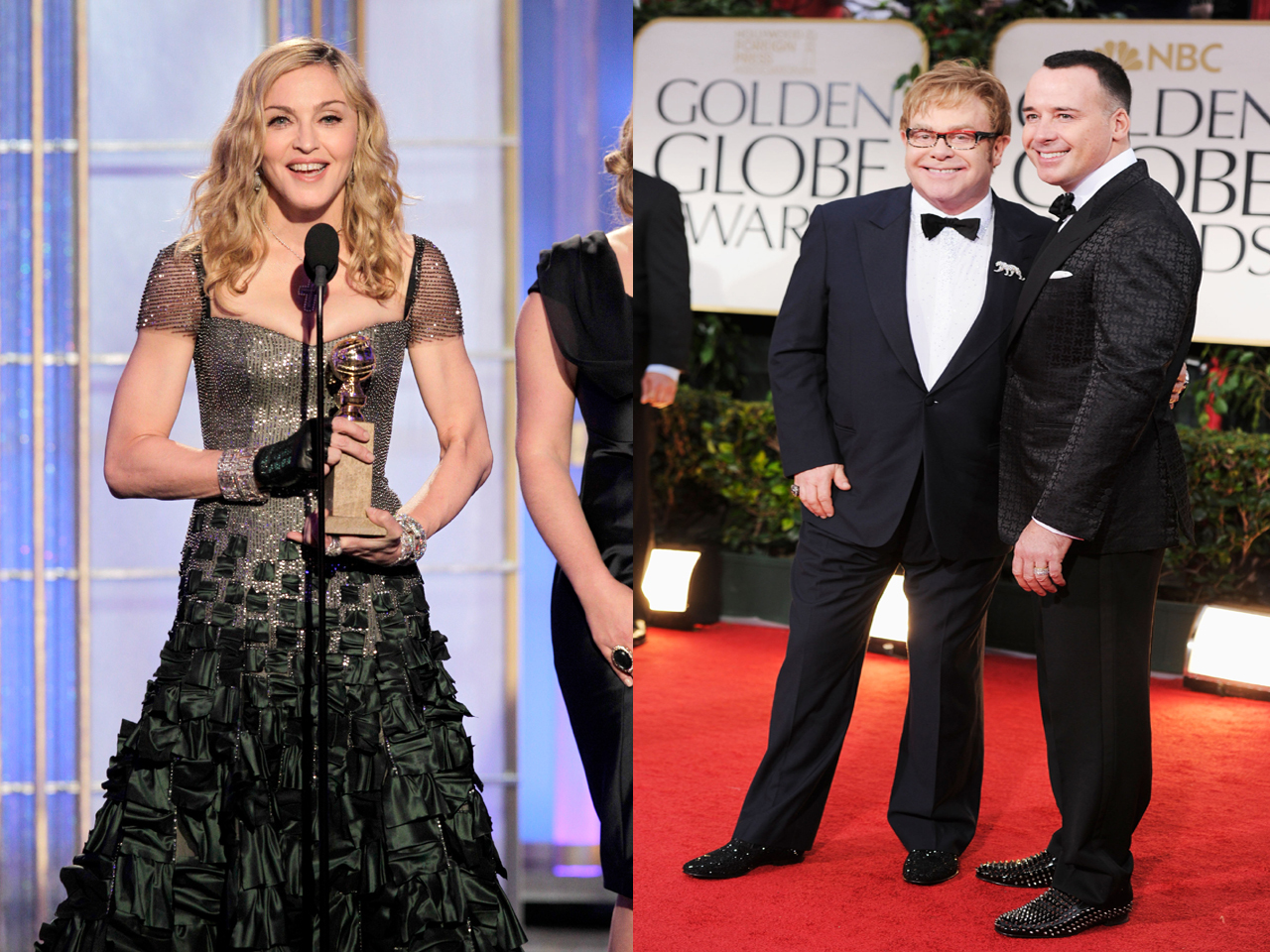 (CBS) Not everyone was happy about Madonna winning the Golden Globe for best original song on Sunday night - namely Elton John and his husband David Furnish.

John and Madonna were competing against each other in the best original song category, and after Madge's win, Furnish, blasted the singer in a private message on Facebook, according to TMZ, writing, "Madonna. Best song???? F**k off!!!"

"Madonna winning Best Original Song truly shows how these awards have nothing to do with merit," Furnish added. TMZ reports the British filmmaker called Madonna's acceptance speech embarrassing in its narcissism, noting that her recent criticism of Lady Gaga "shows how desperate she really is."

John, meanwhile, launched into the Madonna bashing even before the ceremony began, telling Carson Daly that Madonna had "no f---ing chance" of winning the honor. When asked if "those were fighting words," he said, "No, those are accurate words."

John was wrong. Madonna ended up taking home the Golden Globe for "Masterpiece" from her film, "W.E.," toppling John's nomination for "Hello Hello," which was featured in the animated movie "Gnomeo & Juliet."

This isn't the first time John has called out the Material Girl. In 2004, he accused her of lip syncing and criticized her live performances.

After her Golden Globes win on Sunday, Madonna referenced their previous arguments and laughed off John's comments while chatting with the press backstage. According to UsMagazine.com, Madonna said John "speaks to me for the next couple of years. He's been known to get mad at me, so I don't know. He's brilliant, and I adore him, so he'll win another award. I don't feel bad."

Tell us: Who do you think deserved to win: Elton John or Madonna?