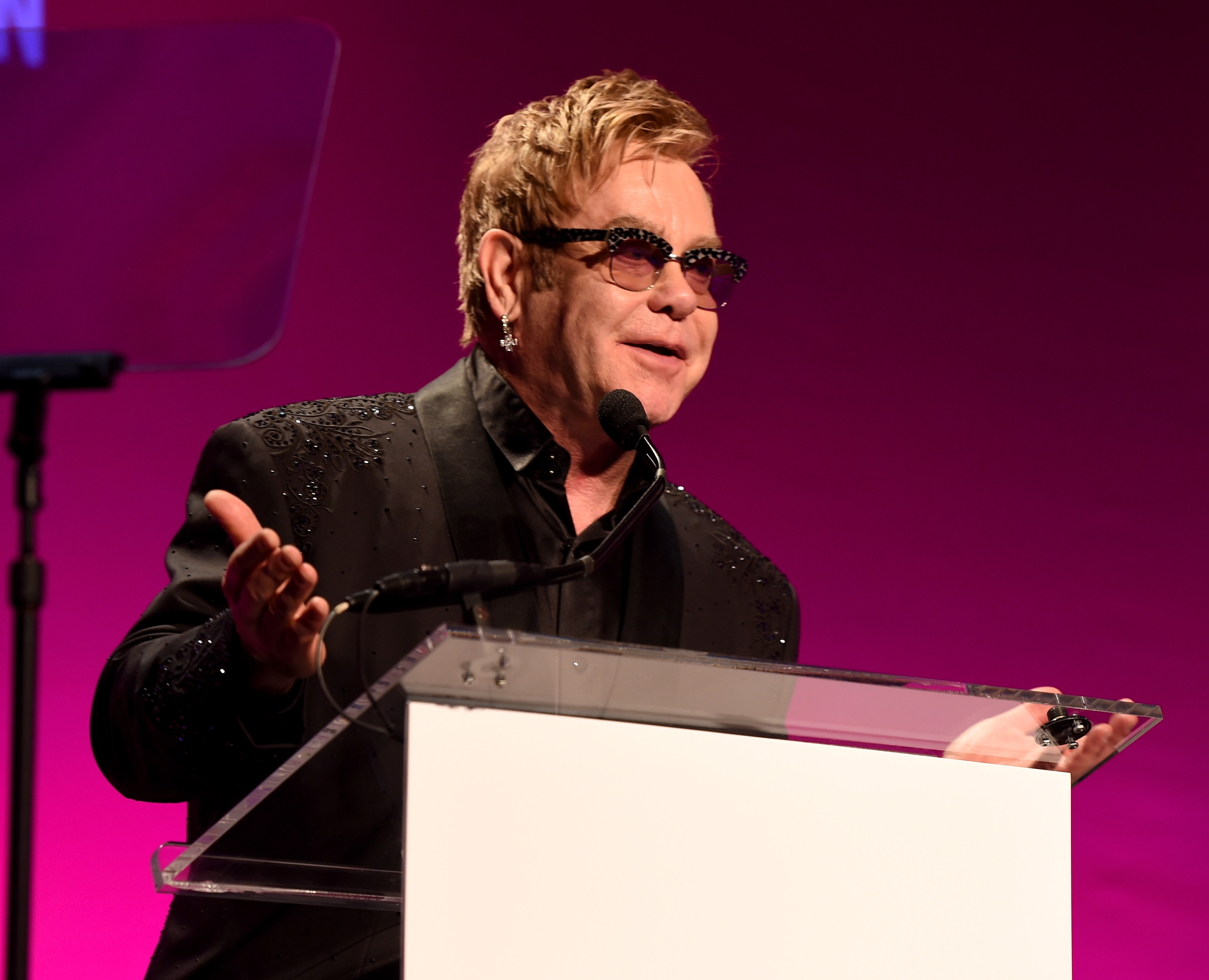 Elton John called Pope Francis "my hero" for his compassion and push to accept gays in the Catholic church, at his annual AIDS benefit in New York.

John hosted the event, "An Enduring Vision: A Benefit for the Elton John AIDS Foundation," Tuesday night. He said Francis is pushing boundaries in the church and told the crowd: "Make this man a saint now, OK?"

"Ten years ago one of the biggest obstacles in the fight against AIDS was the Catholic Church. Today we have a pope that speaks out about it," said John, earning cheers from the attendees at Cipraini's on Wall Street.

Catholic bishops scrapped their landmark welcome to gays earlier this month, showing deep divisions at the end of a two-week meeting sought by Francis to chart a more merciful approach to ministering to Catholic families. An earlier draft of the document offered a welcoming tone of acceptance, but that was stripped away after the bishops failed to reach consensus on a watered-down section on ministering to homosexuals.

"He is a compassionate, loving man who wants everybody to be included in the love of God," John said of the pope. "It is formidable what he is trying to do against many, many people in the church that opposes. He is courageous and he is fearless, and that's what we need in the world today."

This isn't the first time John has spoke up about the current pope. In June, the singer said he thought Pope Francis has done a "wonderful" job so far. Although the Catholic church does not support same-sex marriage, John said Pope Francis' approach to all groups of people is encouraging. "He says it's all basically about love and taking everybody in inclusiveness," said John.

John, who wrote an op-ed for New York Times on Tuesday, also honored New York Gov. Andrew Cuomo for his plan to end the AIDS epidemic in his state by 2020.

"Good evening to all of you, the queen of England," Cuomo said as the crowd laughed, "I'm from Queens, but I think there's a different interpretation there."

More jokes came throughout the night, where attendees included John's husband, David Furnish, Neil Patrick Harris, Alec Baldwin, Matt Lauer and host Anderson Cooper. A lunch date with newsmen was part of the auction, dubbed the "great anchor sandwich," and it sold for $40,000.

"I will give a little extra with dessert if you know what I mean," Cooper said at the top of the event. "It could be a long, saucy lunch."

Mike Myers jumped onstage to offer himself for a lunch date following the bid for Cooper and Lauer, and his was auctioned for $50,000. A Damien Hirst painting sold for $270,000 and a Robert Mapplethorpe sold for $90,000.

John, who sat while the honorees gave speeches, said he was recovering from a knee operation that took place last week. He performed a rousing set at the end of the night, singing hits like "Tiny Dancer" and "Your Song" while playing the piano.

Four tickets and backstage access to his New Year's Eve concert at the Barclays Center sold for $35,000.