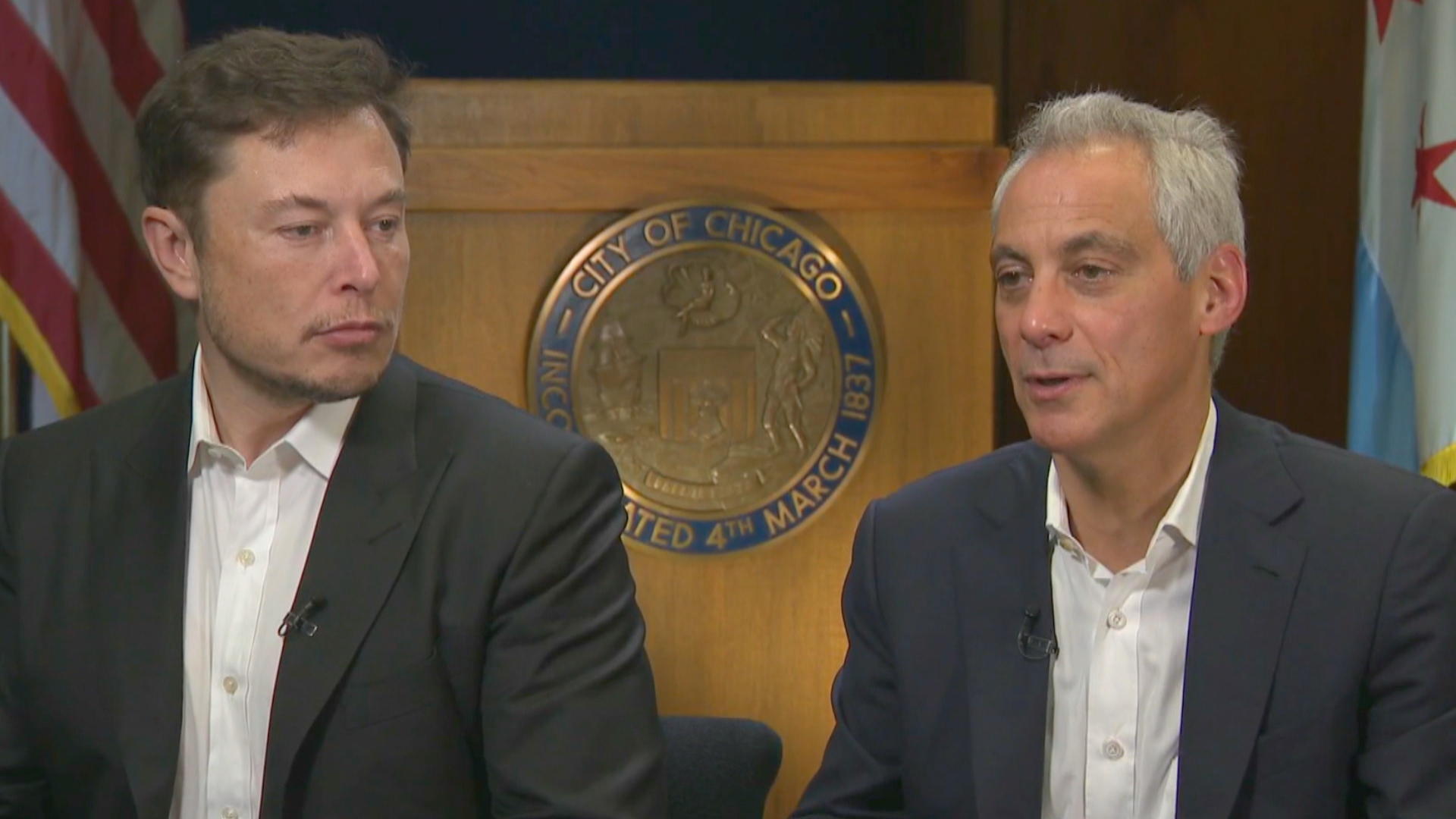 Elon Musk has the green light to build a high-speed underground transportation route to Chicago's O'Hare Airport. The Tesla and SpaceX CEO said Thursday his Boring Company had won the bid to build a system using electric vehicles to carry passengers through tunnels and predicted it would be ready within three years. Chicago Mayor Rahm Emanuel called it the fast lane to the city's future.

CBS News' Dean Reynolds spoke to both Musk and Emanuel about the plan that promises to outpace the city's famous L trains.

Gliding on electric skates, as many as 16 people would be swept along at speeds well in excess of 100 miles per hour – making the nonstop trip from downtown Chicago to O'Hare in 12 minutes. Compare that to an hour of hell or more in a car during Chicago's rush hour or the 45 minutes on mass transit for the same journey.

"It seems like we've been in stuck in traffic for decades. Better part of a century," Musk said.

Addressing skepticism over whether the venture is feasible, Emanuel said, "Look, there were doubters about putting a man on the moon… On anything that's new there will be doubters."

On Thursday, the two visited the proposed downtown station which happens to sit underneath the CBS News Chicago bureau.

"If someone can even detect that we're digging beneath them, we want to buy the technology they invented," Musk said.

The sturdiness of the tunnels is a safety concern and the disposal of the tunnel dirt an environmental one, but if the concerns are answered, Musk says digging could start in three to four months and the first passengers could be aboard in three years – 30 to 60 feet underground.

Musk is hoping to dig a tunnel in California to showcase the technology and is working with officials in the Northeast corridor on a similar idea, though red tape is slowing his progress.

Musk certainly knows something about being in a hole. He just laid off nine percent of his workforce at Tesla as part of a reorganization but his SpaceX rockets are now part of the nation's exploration efforts and Musk remains bullish.

"I think this is something that's new and exciting. It's not just the same old thing. America is about trying bold new things and trying new technologies that are really going to inspire people for the future," he said.

It's predicted the system could carry 2,000 passengers in either direction every hour with the so-called skates leaving at 30-second to two-minute intervals. The price? 20 to 25 dollars, or about half what a cab ride would cost.

Shortly before CBS News spoke to Musk Thursday, he addressed the possibility of failure.

"If we fail, well, I guess me and others will lose a bunch of money."

How women can succeed in salary negotiations