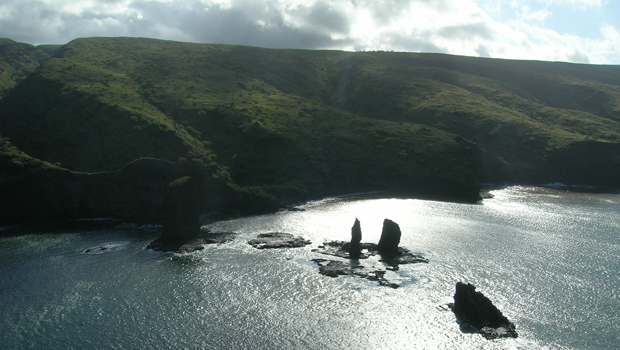 SAN FRANCSICO Oracle (ORCL) CEO Larry Ellison says he plans to turn the Hawaiian island that he recently bought into a laboratory for experimenting with more environmentally sound ways of living.

Ellison says he hopes to convert sea water into fresh water on the 141-mile-square mile island of Lanai. He also wants more electric cars on the island and hopes to increase its fruit exports to Japan and other markets.

Ellison made the remarks in San Francisco in an interview with the financial news channel CNBC that focused mostly on Oracle, a software maker that he has been running for 35 years.

Oracle's success has minted Ellison with an estimated fortune of $41 billion. He bought most of Lanai from billionaire David Murdock in June for an undisclosed price.