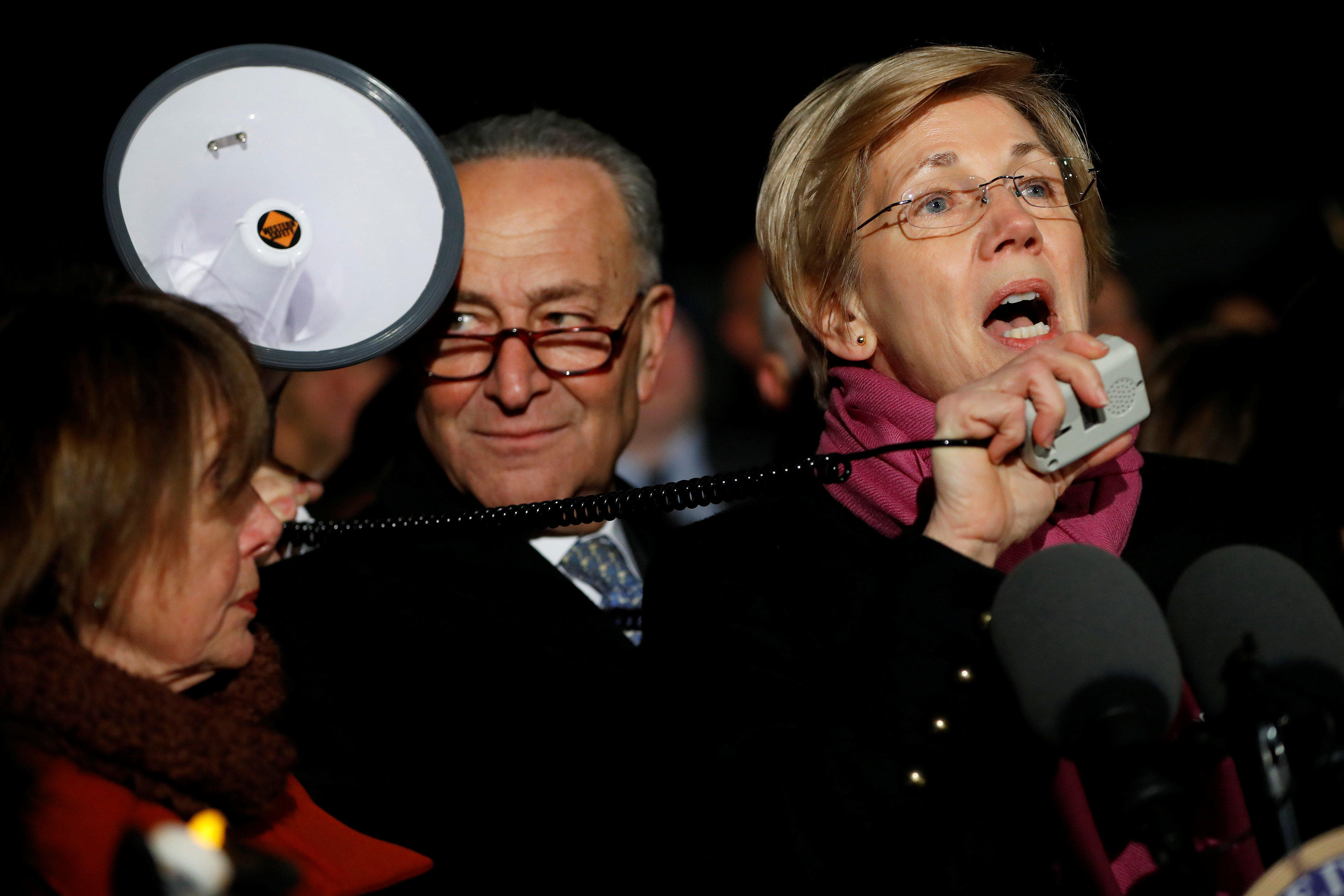 After Sen. Elizabeth Warren was silenced when she tried to read from a letter written by Martin Luther King’s widow about Sen. Jeff Sessions, her Democratic colleagues took up the effort to continue expressing their opposition to President Trump’s attorney general nominee Jeff Sessions.

Sen. Tom Udall of New Mexico, Sen. Sherrod Brown of Ohio, and Sen. Bernie Sanders of Vermont all spoke up Wednesday and read from the three-decade old letter of Coretta Scott King, which she had written to protest Sessions’ 1986 nomination to be a federal judge.

In it, King had argued that as a federal prosecutor, Sessions had used his power to “chill the free exercise of the vote by black citizens.”

You can read the full letter here.

The tag-team effort came after Warren had been forced was forced into silence Tuesday when she attempted to read from the letter. Senate Majority Leader Mitch McConnell of Kentucky had invoked an arcane parliamentary rule that stops senators from impugning colleagues.

After he quoted the letter, Udall made a case against using the rule.

“I fully understand the importance of rule 19 in civility,” he said. “I try in my activity here on the senate floor to be as civil as possible, but i think there’s a bigger issue here.”

In an interview with CBSN Wednesday, Udall also slammed the “selective enforcement” of the rule against Warren.

“She gets their blood boiling over on the Republican side,” he suggested.

In an interview with CBS News on Wednesday, Warren said she was she just “did my job last night.”

To CBS’ Nancy Cordes, the Massachusetts Democrat expressed her surprise: “When I was warned, I paused and asked what they were talking about -- I actually couldn’t imagine.”

On the Senate floor, Sanders later urged McConnell to apologize to Warren, who was barred  by the majority leader from participating in further debate on Sessions.

“I think Leader McConnell owes Senator Warren an apology, and I believe that it is unconscionable and outrageous that Senator Warren not be allowed to participate in the discussion about whether Jeff Sessions becomes our next attorney general.”

Sander hammered the point home on his Twitter feed Wednesday.

Sessions is expected to be up for a confirmation vote Wednesday evening.