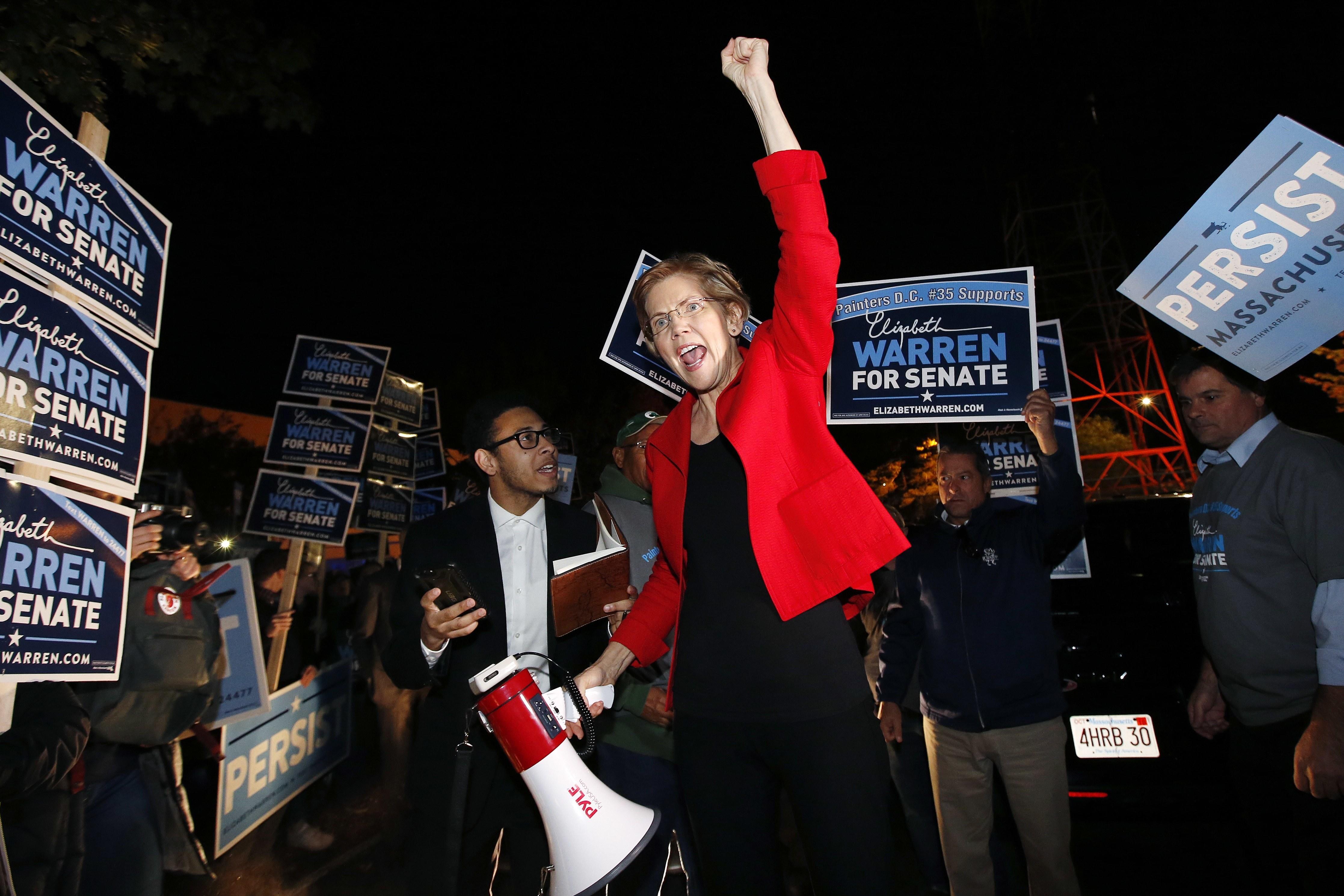 Democratic Sen. Elizabeth Warren, who is considered to be a potential presidential candidate in 2020, is differentiating herself from other possible contenders by staking out positions on foreign policy. In a speech at American University on Thursday, Warren laid out her positions on international trade and American military engagements.

Warren announced her opposition to President Trump's recently negotiated U.S.-Mexico-Canada Trade Agreement (USMCA) in her speech on Thursday. Although Mr. Trump has marketed this deal as an upgrade from the North American Free Trade Agreement, commonly known as NAFTA, Warren said in her speech and in an accompanying article published in Foreign Affairs that the new deal was little more than "NAFTA 2.0."

"It won't stop outsourcing, it won't raise wages, and it won't create jobs," Warren said. She noted that the USMCA does not give the U.S. power to enforce improved labor standards, saying that "big corporations will continue outsourcing jobs to Mexico to so they can pay workers less." She also argued that the new trade agreement does not do enough to protect the environment.

Warren offered four proposals to address deficiencies in the USMCA: ensuring workers are represented during trade negotiation, making trade promises equally enforceable, implementing antitrust enforcement to limit the power of multinational corporations and working to crack down on tax havens.

In her remarks, Warren also addressed U.S. involvement in the nearly two-decade long conflict in Afghanistan. Three American service members were killed in Afghanistan this week, including one from Warren's home state of Massachusetts.

"Yes, we can -- and we must -- continue to be vigilant about the threat of terrorism, whether from Afghanistan or anywhere else. But rather than fighting in an Afghan civil war, let's help them reach a realistic peace settlement that halts the violence and protects our security," Warren said. "It's time to bring our troops home from Afghanistan - starting now."

This message was reflected on Warren's Twitter feed earlier this week. "[H]ow many more must die for us to realize that no amount of US military power will fix Afghanistan? We have been at war for 17 years. It's time to bring our troops home," Warren wrote on Tuesday.

President Obama increased troop levels to a peak high of 100,000 in 2010 before eventually reducing the number to 8,400 troops by the end of his administration. Currently, there are about 14,000 troops in Afghanistan.

Warren also called for slimming the defense budget and focusing more on diplomacy. Warren is a co-sponsor of the resolution to end U.S. involvement in the Saudi war in Yemen, which the Senate voted to advance on Wednesday. In her speech Thursday, Warren also called for a moratorium on the creation of nuclear weapons and more international arms control.

At the end of her speech, Warren criticized Mr. Trump for "embrac(ing) dictators" and "coz(ying) up to white nationalists," saying that "Americans must demonstrate to this president and to the world that we are not sliding toward autocracy."

And she alluded to the "Nevertheless, she persisted" comments by Senate Majority Leader Mitch McConnell that have become a rallying cry and campaign slogan for her.

"None of this will be easy - but we persist," she said.

The Republican National Committee quickly responded to Warren's speech, treating it as an appearance signaling a presidential bid.

"It's ironic that Elizabeth Warren has chosen to launch her 2020 campaign with the two topics she knows the least about: her heritage and foreign policy," said RNC Spokesman Michael Ahrens.

Wisconsin GOP sued for submitting their own electors in 2020 election