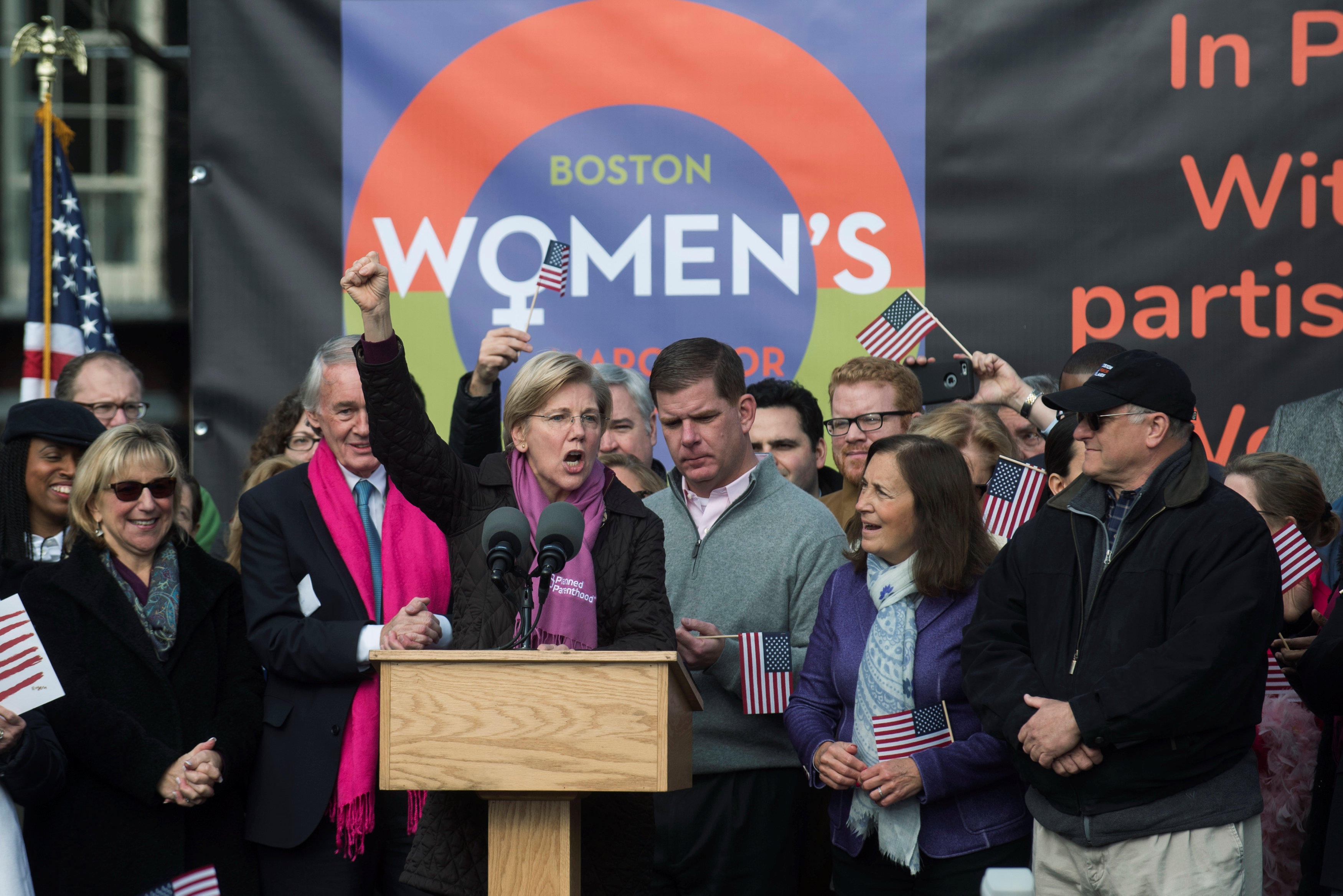 Top Democrats are turning out Saturday for the Women’s Marches across the country -- including liberal icon Elizabeth Warren, who fired up a crowd in Boston.

“Yesterday, Donald Trump was sworn in as president. That sight is now burned into my eyes forever,” Warren told the crowd, which the Boston mayor’s office estimated was reached many as 150,000 people. “And I hope the same is true for you — because we will not forget. We do not want to forget. We will use that vision to make sure that we fight harder, we fight tougher, and we fight more passionately than ever — not just for the people whom Donald Trump supports, but for all of America.”

“We can whimper, we can whine, or we can fight back. Me? I’m here to fight back,” Warren continued. “We come here to stand shoulder to shoulder to make clear: We are here, we will not be silent, we will not play dead, we will fight for what we believe in.”

Like other speakers in D.C. and across the country, Warren stressed the importance of tolerance and equality.

She spoke about Republicans’ plans to repeal the Affordable Care Act, the new president’s stance on climate change and his “build a wall” hard-line stance on immigration.

“Trump and the Republicans promise to make America worse,” she said.