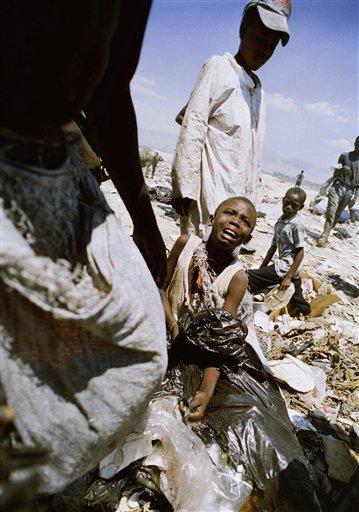 Eli Lilly and Co. has stopped developing a potential Alzheimer's disease treatment at a time when the drugmaker is searching wide and far for new drugs to fill a large revenue hole that will form starting next year.

The Indianapolis company said Tuesday preliminary results from late-stage studies of semagacestat showed it did not slow the progression of Alzheimer's, and patients taking the drug actually fared worse than those on a placebo.

Despite the setback, Lilly Chairman and CEO John Lechleiter said the company remains committed to developing new drugs while competitors make large-scale acquisitions. The industry is racing to compensate for patent expirations that will hit in the next few years and expose many key drugs to generic competition.

"In a risky business like ours, these things do happen," he said. "One failure of this sort does not undermine our strategy."

Lilly has eight drugs in late-stage testing, the last step before a company seeks regulatory approval. That includes potential cancer and diabetes treatments and another Alzheimer's drug. The company also touts a pipeline of nearly 70 drugs that are in some form of human testing.

It also is awaiting a Food and Drug Administration decision on its antidepressant Cymbalta as a possible chronic pain treatment and a longer-acting version of Byetta, a diabetes drug on which it partners with Amylin Pharmaceuticals Inc.

Lilly, which supplements its pipeline with several smaller-scale acquisitions, faces one of the worst "patent cliffs" in the industry. It loses protection for its top seller, the anti-psychotic Zyprexa, next year and its second-best seller, Cymbalta, in 2013.

To counter all this, Lilly aims to launch two new drugs a year by 2013.

"We think we're plenty big enough to continue to innovate and to bring new medicines forward that will help Lilly resume a growth trajectory following the expiration of these various patents," Lechleiter said.

"The company has disavowed doing bigger deals which implies it is counting on its pipeline to deliver," Anderson wrote. "Today's setback would seem to make this more difficult to achieve."

Lilly said Tuesday patients taking semagacestat saw their cognition, or memory and reasoning skills, and their ability to complete daily living activities like getting dressed worsen "to a statistically significantly greater degree" than patients taking a placebo.

The drug also was tied to an increased risk of skin cancer. Lilly said the decision to halt semagacestat's development will not affect its other potential Alzheimer's treatment, solanezumab.

There is no known cure for Alzheimer's disease. Drugs on the market that treat it only temporarily alleviate symptoms. Scientists aren't even sure what causes Alzheimer's.

Earlier this year, Pfizer Inc. and partner Medivation Inc. said the promising Alzheimer's treatment Dimebon failed to work in a late-stage study, but the companies are continuing another study of the drug as an add-on treatment for Alzheimer's.

Johnson & Johnson also is developing the potential treatment bapineuzumab, and there are several other drugs in late-stage testing.

The Alzheimer's Association counts about 75 potential treatments in some form of human testing. But most drugs do not make it beyond initial clinical trials.

Also on Tuesday, the FDA posted a review Lilly's application to market Cymbalta for pain and raised questions about whether the drug is safe and effective enough to be approved. The FDA will ask a panel of outside experts on Thursday to consider the additional use.