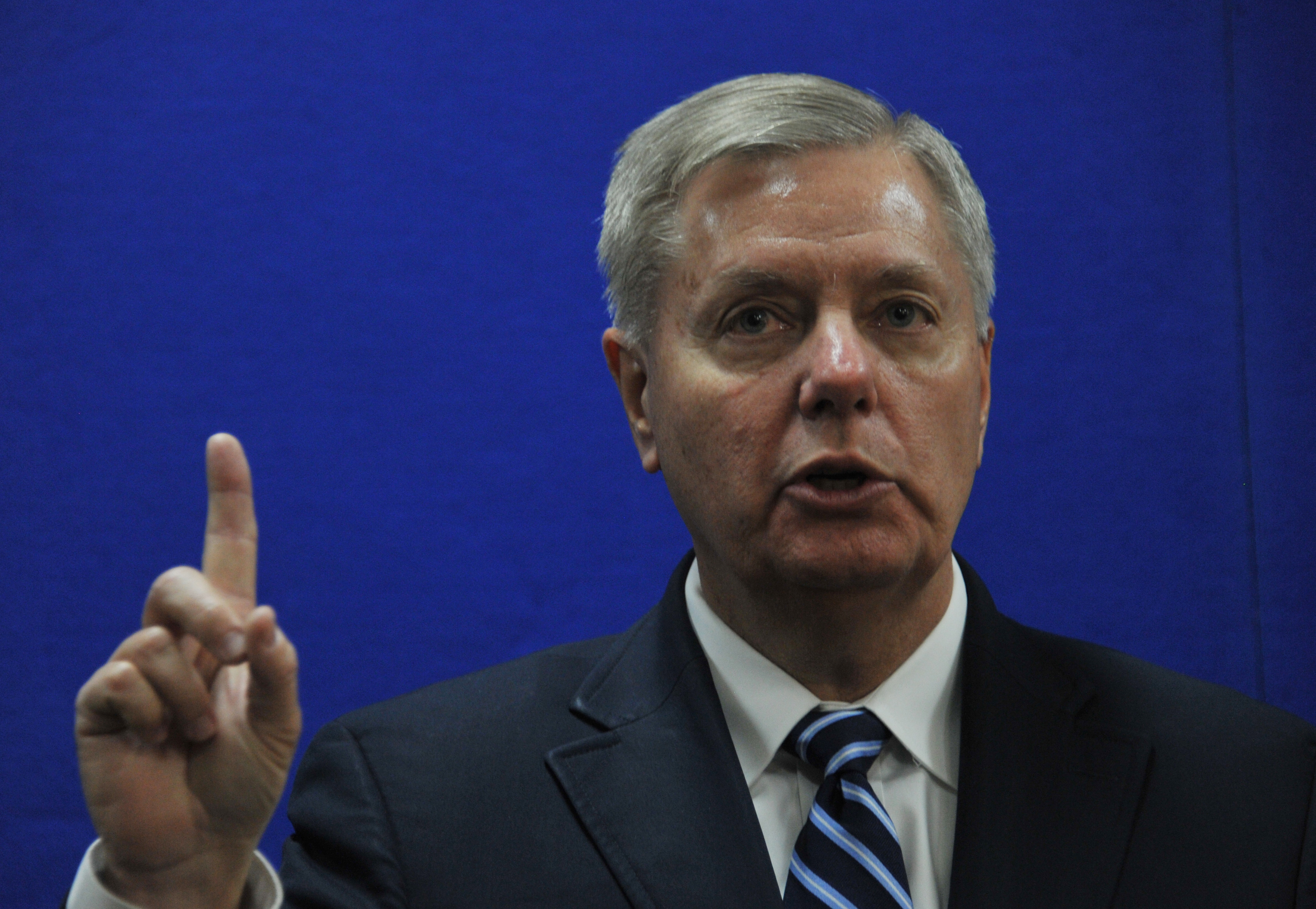 Graham, 59, has built a reputation as one of the GOP's most outspoken hawks on defense issues. During more than two decades on Capitol Hill, he's championed a robust view of how American power should be used, and he's framed the war against radical Islam as the most important security issue facing America today.

It's a message he's likely to continue pushing on the 2016 campaign trail.

"Ronald Reagan's policy of 'peace through strength' kept America safe during the Cold War. But we will never enjoy peaceful coexistence with Radical Islam because its followers are committed to destroying us and our way of life. However, America can have "Security through Strength' and I will continue to lead in that critical fight," Graham said on the website for his testing-the-waters committee.

On some domestic issues, though, Graham has cultivated a more moderate profile. On immigration, in particular, he's defied the bulk of his party - in 2013, he was one of the key GOP co-sponsors of immigration reform legislation that included a path to citizenship for undocumented immigrants. As he's sharpened his message ahead of 2016, he's not backed down from his support for that measure.

"If I were president of the United States, I would veto any bill that did not have a pathway to citizenship," Graham recently told USA Today. "You would have a long, hard path to citizenship ... but I want to create that path because I don't like the idea of millions of people living in America for the rest of their lives being the hired help. That's not who we are."

The remark seemed to jab at the frontrunner for the 2016 Democratic nomination, Hillary Clinton, who said Tuesday, "Make no mistakes: today, not a single Republican candidate, announced or potential, is clearly or consistently supporting a path to citizenship."

In the interview with USA Today, Graham took several shots at his potential GOP rivals. On Kentucky Sen. Rand Paul, who's taken on the hawks in his own party and pushed a less muscular view of foreign policy, Graham said, "I like him a lot (but) he's a libertarian. He is one step behind leading-from-behind. At the end of the day, his world view has not stood the test of time and I think he'd be the worst possible person to send into the ring when it came to foreign policy."

And on Florida Sen. Marco Rubio, who also co-sponsored the 2013 comprehensive immigration bill but now says the issue should be legislated step-by-step, Graham said, "One of the here helped write the bill; he now says we've got to secure the border first. That's not practical. No Democratic Congress is going to give the Republican Party everything we want on border security until you tell them what happens to the 11 million [undocumented immigrants in the U.S.]"

According to early primary polls, Graham has his work cut out for him if he hopes to emerge from the crowded GOP field. In a CBS News/New York Times survey released this week, only 12 percent of Republican voters said they'd consider supporting him for the party's 2016 nomination - the second lowest number of the 14 Republicans included in the poll. 32 percent said they would not consider voting for him, and 55 percent said they don't know.

Graham was born and raised in South Carolina, the son of parents who owned a restaurant and pool hall. After his parents both passed away while he was in college, he adopted his then-13-year-old sister Darline.

He earned his undergraduate and law degrees from the University of South Carolina. He was first elected to the Senate in 2002, after spending a decade in the House of Representatives. A former active-duty member of the military as an Air Force JAG lawyer, Graham continues to serve as a Colonel in the U.S. Air Force Reserves.