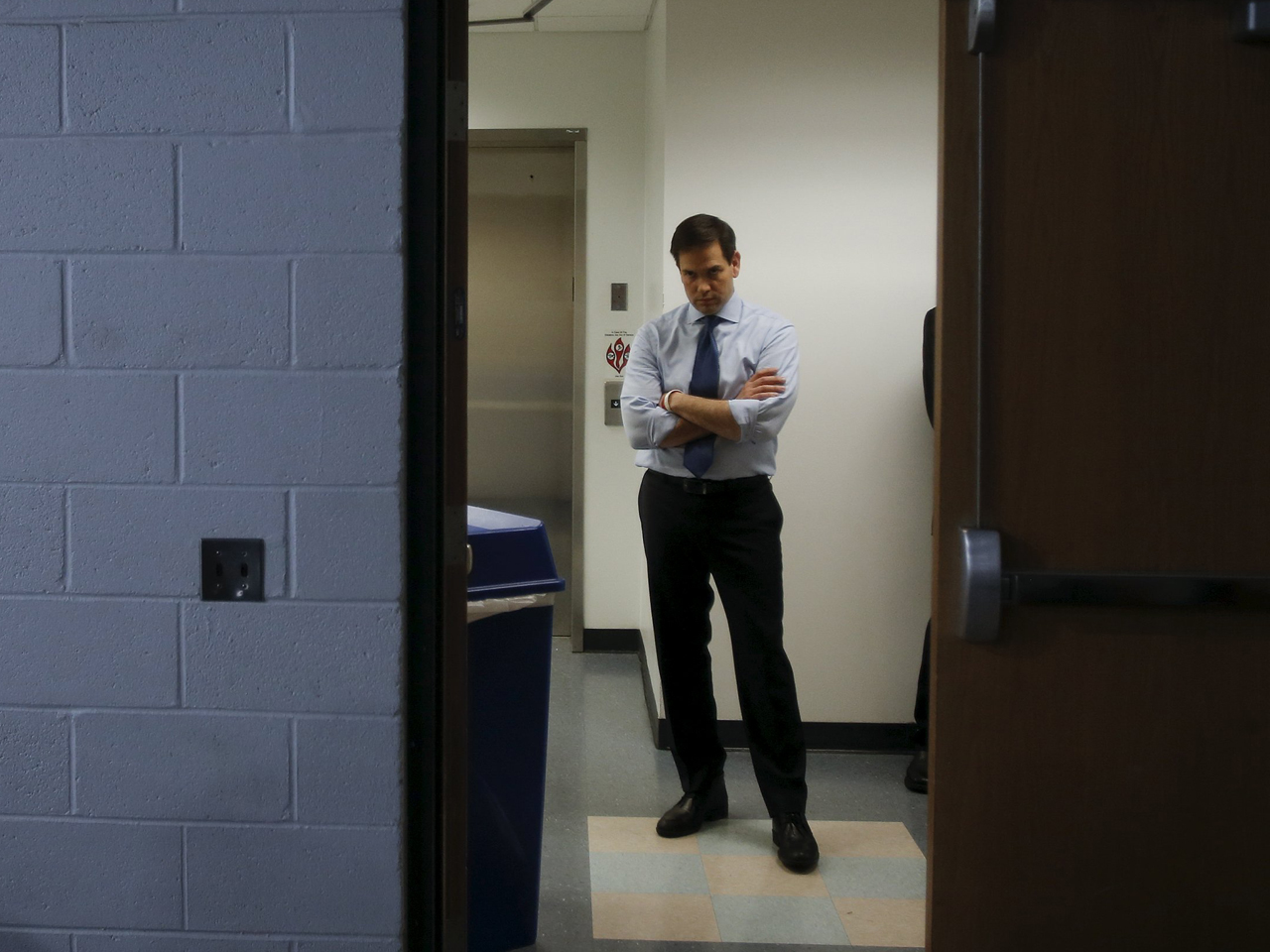 Holding his last campaign event before Florida decides his political future, Rubio visited the West Miami Community Center where it all began for him, in the community where he first served as City Commissioner and still lives today with his family.

The sunshine state is Rubio's last stand. For days, he's declared at events that "it all comes down to Florida."

For the last week, he has ignored campaigning anywhere but Florida - an all-out effort to win the state's 99 delegates and deny Donald Trump the Republican nomination.

Current polls paint a dire picture for Rubio, who has yet to lead in any survey and depending on which one you cite is, trailing Trump by 6 to 24 points. The latest CBS Battleground tracker has Rubio in third place behind Trump and Cruz -- 23 points behind the front-runner.

Getting off his campaign bus to enthusiastic cheers and the appropriate "My House" by Flo Rida, Rubio jumped on the back of a flatbed truck parked on the basketball court and addressed his closest supporters using a bull horn.

"Thank you so much for being here tonight because in less than 24 hours this community is going to take us over the top and we are going to win this election," Rubio began.

Rubio's message to his community was simple: I need your help for one more day to help me fight and get every last vote possible.

"Make sure no one stays home," pleaded the candidate. "We don't know how close this is going to be, but if it's close and it comes down to a few hundred votes, they could be coming from our neighbors, from our friends, from our family members. So let's make sure everyone goes out and votes tomorrow. We need everyone to vote tomorrow."

Rubio echoed the message in Spanish during the second half of his remarks, saying, "If this community doesn't vote in historic numbers, I don't know if I will be able to win."

Monday evening wasn't Rubio's first visit to the community center just blocks from his current home. In early December, he held a $20-a-ticket fundraiser called, "Where it All Began," with over 500 close friends and supporters.

On that rainy and cold morning inside the center, Rubio closed his speech -- which he delivered mostly in Spanish -- foreshadowing a tomorrow with high expectations.

"I hope and I pray, God willing, that if we can continue to grow our campaign when we come here for the 15th of March... that perhaps on that night, in Florida, this party will be able to nominate someone for the presidency," he told the crowd.

Rubio may be right; Florida could help make it clear on Tuesday who is to become the Republican nominee. But it might not be him.