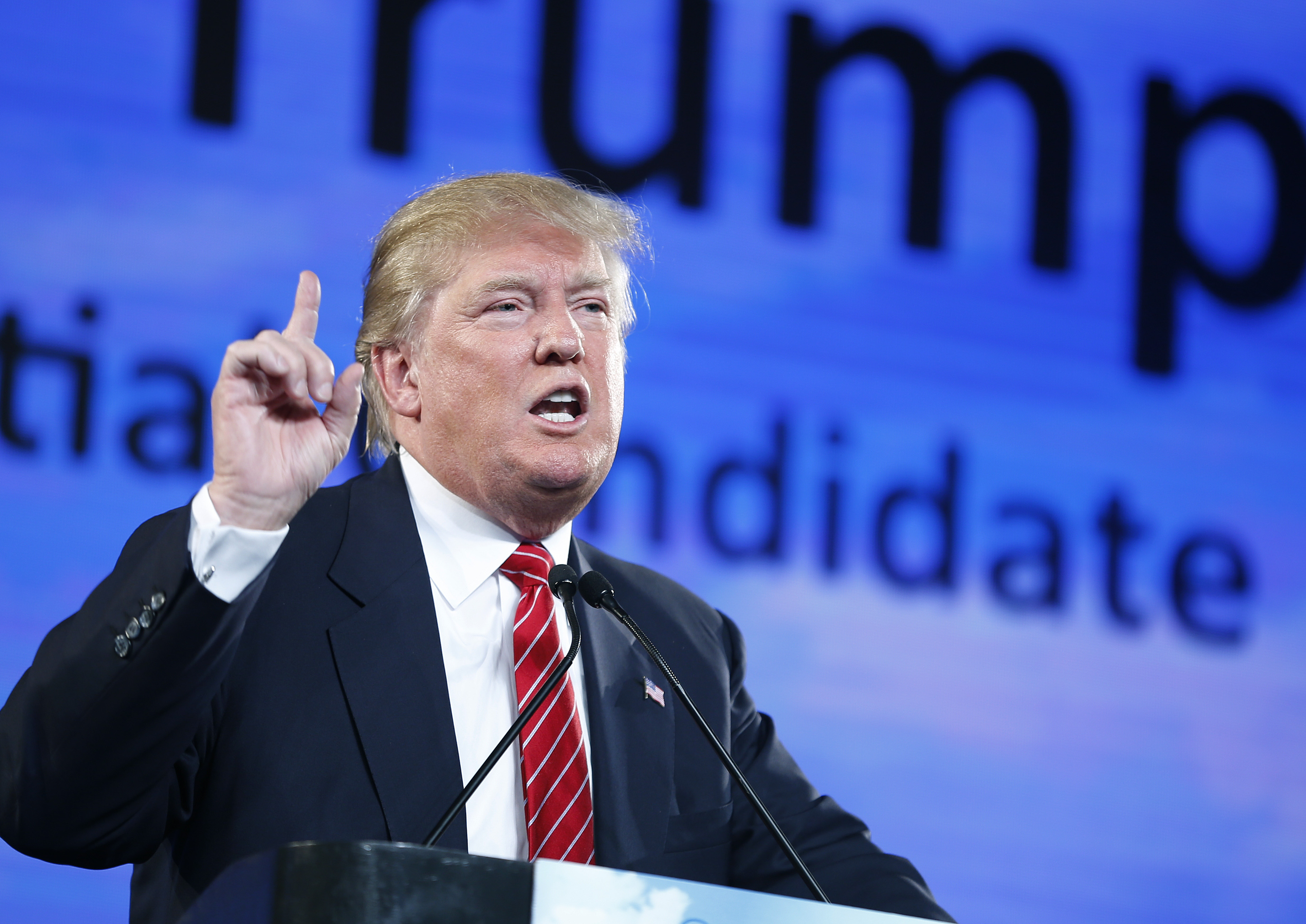 In the last few weeks Republican presidential candidate and real estate mogul Donald Trump has faced no shortage of GOP criticism over his vitriol against Mexican immigrants. And on Saturday, he proved that his political detractors wouldn't be left wanting for Trump's own brand of criticism.

Several GOP contenders vying for the White House have denounced their fellow candidate for his remarks, including former Florida Gov. Jeb Bush, whose wife Columba is Mexican, has said that there should be "no tolerance" for the views of the reality television star.

Trump, whose most recent poll numbers show him in a close race with Bush, knocked the GOP establishment frontrunner, saying "I don't see [Bush] as a factor."

"How can I be tied with Jeb Bush?" Trump said at a rally at the Phoenix, Arizona convention center. "He's terrible. He's weak on immigration. Sanctuary cities. Did you know that he had five of them in Florida when he was governor?"

"We have incompetent politicians -- not only the president," Trump told the crowd, which, according to his campaign, numbered in the thousands. "I mean, right here in your own state you have John McCain. I just hate to see when people don't have common sense, don't have an understanding of what's going on. ... Some people don't get it and I don't think they'll be in office much longer."

Trump made headlines recently when he categorized Mexican immigrants as criminals and "rapists" during his presidential announcement speech. It only fueled the Trump fire -- and the poll numbers -- when business after business severed their corporate relationships over his inflammatory remarks.

The political backlash has been fierce. When the 2016 contender announced his event in Phoenix, it drew wide-ranging criticism, including from long-time GOP legislators like McCain and Jeff Flake, Arizona's other senator. Even Republican National Committee Chair Reince Preibus reportedly told Trump to tone down his rhetoric.

Several immigration protesters interrupted Trump's speech just as he finished his criticisms over the television station Univision, which recently cut ties with him. Trump addressed the hecklers, saying "I wonder if the Mexican government sent them over.

"Mexico is taking our jobs, manufacturing, taking everything and killing us on the border," Trump said. "Don't worry, we'll take our country back very soon." The crowd eventually drowned out the protesters with chants of "USA! USA!"

One possible method Trump suggested to "take back our country" involved charging a fee to Mexico for every undocumented immigrant that entered the U.S.

Arpaio signaled that he had one definitive thing in common with Trump: a birth certificate. It was a throwback to a 2012 election issue -- President Obama's birthplace -- that spelled the end of Trump's initial flirtations with a presidential candidacy.

Trump also visited Freedom Fest in Las Vegas, Nevada early Saturday afternoon. Speaking to a more subdued crowd, he gave a similar speech, bashing the press, touting his vast fortune, and reiterating that he loved the Mexican people along with the Chinese, even if he "beat" them often.