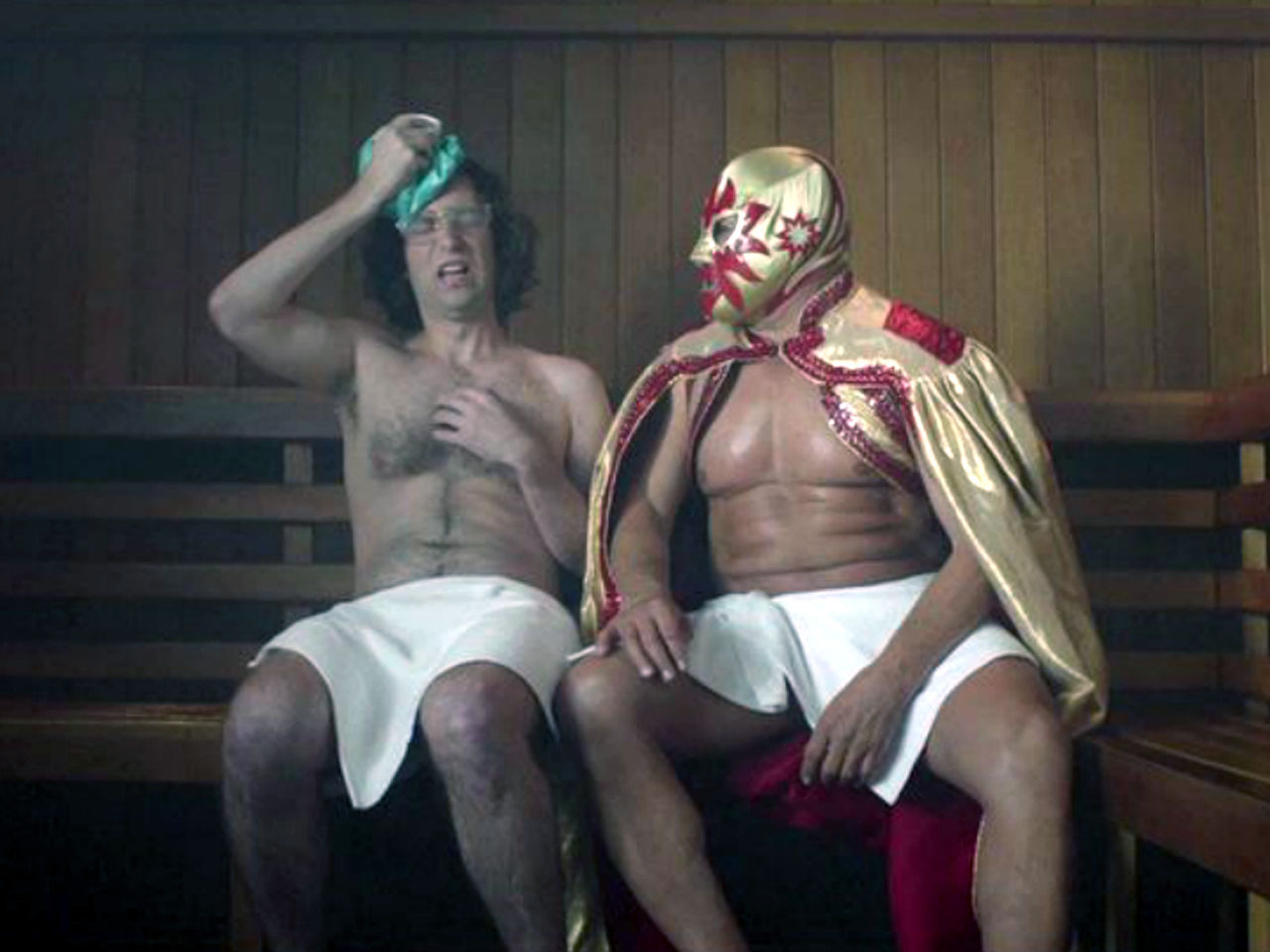 (CBS News) Have you ever traveled to a foreign country on your own? It can be a confusing, lonely experience. (It can also be awesome, of course, but that's a subject for a different post.) It can be especially confusing if you're a sort-of-nerdy guy who doesn't speak the language and have no one to talk to until a mysterious lucha libre wrestler shows up in your hotel room.

We had you at "mysterious luchador" didn't we? Hit play and check out this amusing and inventive short film about one man's strange journey through Mexico City titled "El Tonto!"

Part of a short film series called "Four Stories" -- put together by Intel and W Hotels -- "El Tonto!" was one of four scripts chosen from a contest of nearly a thousand submissions to match would-be Hollywood writers with up-and-coming directorial talent. Actor/Director Lake Bell was the lady behind the camera, based off of a script by freelance filmmaker Ben Sayeg.

But the star of the video (well, other than the actual star Kyle Mooney who is excellent as a dorky fish out of water) is Mexican wrestling legend El Solar. As a short bio from the film description puts it, "El Solar is one of Mexico's most beloved luchadores. The masked wrester is a living legend of the ring and has performed for over 30 years in Mexico and abroad."

If there's one thing we learned from this video, it's that if a Mexican luchador ever shows up in your hotel room and offers to take you on a whirlwind tour of Mexico City, say, "Si!"

Note: Writer Ben Sayeg is on record that watching the film without subtitles adds to the experience. But if you really need to know what El Solar is saying, use the closed caption button in the YouTube clip HERE.