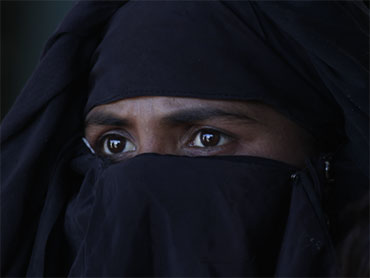 A total of 15 militants are being sought for playing a role in the Sharm el-Sheik bombings, both Bedouin and non-Bedouin, but all with links to an earlier attack last fall and most operating from a desert town near the Gaza Strip, officials said Wednesday.

As it broadened the search for suspects, the government found itself scrambling for new ways to combat what now appears to be an organized, strong militants' network something the government has long insisted did not exist.

The Saturday bombings have raised concerns that the government's past tactics, including widespread arrests last fall in the Sinai's vast deserts, did little to uproot support for militants.

The list of 15 names includes a man identified as Moussa Badran, the alleged suicide attacker who rammed a pickup truck packed with explosives into Sharm's Ghazala Gardens Hotel during the Saturday attacks.

The list also includes Bedouin tribesmen and other natives of Sinai, said security officials, who declined to be identified because the release of the information had not been authorized.

Most on the list are at-large and are believed to have carried out, planned or prepared the Sharm attacks. Most also are connected to bombings last October in two Sinai resorts farther north, officials said.

Most also are believed to be operating from the town of el-Arish, or villages around it, in the northern Sinai near the Gaza Strip.

The security failures in Sharm were twofold: First, militants were able to get 1,100 pounds of explosives into the heavily policed resort, despite checkpoints in and out.

Second, the government's nine months of security sweeps and hundreds of arrests since the October bombings have apparently failed to rid the region of militants.

The government acknowledged failure Monday, sacking Sinai's two security chiefs and starting disciplinary procedures against at least a dozen police and security officers for dereliction of duty, according to security officials.

"They are mostly those on duty at the time of the bombings," said one of the officials, who spoke on condition of anonymity because the investigation is ongoing.

Officials also are following every possible lead on the explosives, including that they may have come from neighboring Gaza, neighboring Israel, Jordan or Saudi Arabia.

Either way, the final leg of the explosives' journey into Sharm is likely to have taken place on desert routes where security is thinly spread or doesn't exist at all.

One possible source is Sinai's Bedouin, some of whom still follow a nomadic lifestyle and pay little heed to official authority, living by tribal justice.

Some earn money growing cannabis in valleys between rugged and largely inaccessible mountains, that are the occasional scene of armed clashes between growers and security forces dispatched to eradicate their illicit crops.

"The Bedouin have always been something of a problem to authorities," said Claude Moniquet, a terror expert who heads the Brussels-based European Strategic, Intelligence and Security Center. "They smuggle anything and everything."

But any Bedouin involvement in the Sharm or the October bombings would most likely be for financial gain, not ideology, he said.

Until the bombings at Taba last fall, Egypt had enjoyed a reprieve from Islamic violence since 1997.

But the October bombings, three attacks on foreign tourists in Cairo earlier this year and the Sharm attacks have shattered the lull, and indicated the emergence of another network of militants.

Authorities, however, have disputed that. They linked the October's bombings to the Palestinian-Israeli conflict and dismissed the Cairo attacks as the work of an isolated cell of misguided young people.

They are following the same tactic now, strongly discouraging the idea that the Sharm bombings might have been linked to Osama bin Laden's terror group. But both sets of Sinai bombings did bear the hallmarks of an al Qaeda job.

Three groups claimed responsibility for the attacks. One of the groups warned in an Internet statement Monday of a "total war" unless "Jews and Christians leave our country within 60 days." The statement was signed by the Holy Warriors of Egypt.

A conflicting claim was issued Saturday by an al Qaeda-linked group, the Abdullah Azzam Brigades, which also claimed responsibility for the October bombings. None of the statements' authenticity could be confirmed.

A third claim was posted Tuesday on the Internet in the name of a previously unknown militant group purporting links to al Qaeda. The statement said the group, called Egyptian Tawhid and Jihad, attacked the "Crusaders" in Sharm on orders from al Qaeda leader Osama bin Laden and his Egyptian-born deputy Ayman al-Zawahri "in support of our brothers in Iraq and Afghanistan."

The claim, which was posted on a militant Islamic Web site where statements by the al Qaeda terror network have previously appeared, could not be independently authenticated. Tawhid and Jihad is Arabic for monotheism and holy war.

Egypt's insurgents of the 1990s sought to topple Mubarak's regime and replace it with a purist Islamic state.

Sending scores of extremists to the gallows and jailing thousands without charge helped quell the violence of the 1990s. But it appeared to do little to uproot the causes of militancy in a nation of 72 million people, with economic and social imbalances.

The government launched educational programs in jails to persuade militants to abandon violence, and some of their leaders publicly repented, writing "revisionist" literature.

Others are holding out, refusing to renounce their ideology, while large segments of society, including the urban middle-class, have moved to the religious right.

While generally moderate, many are scornful of Western civilization, harbor hatred for the United States and are sympathetic toward the insurgency in Iraq.