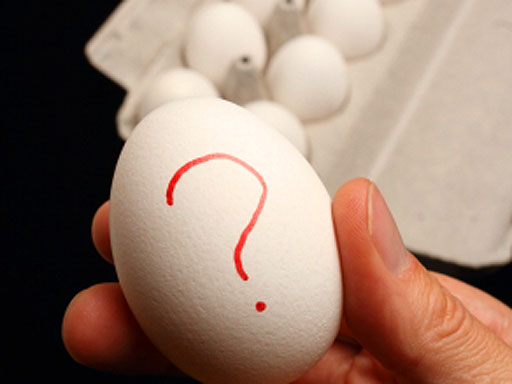 (CBS/AP) Michael Foods, a Minnesota-based food company, is recalling more than one million hard-cooked eggs from 34 states, after tests revealed some may be contaminated with Listeria monocytogenes bacteria.

Some 15,000 pails of eggs in brine, sold for institutional use, are being recalled, Michael Foods spokeswoman Diane Sparish said in a U.S. Food and Drug Administration written statement.

TheFDA said the eggs were produced at the company's plant in Wakefield, Neb., and were bought by food distributors and manufacturers and not sold directly to retailers. There have been no reports of illness connected to the eggs, the agency said.

Lab testing by a third party revealed that some eggs may have been contaminated and the company determined that a repair project in a packaging room was the likely source of contamination, Sparish said in an email to The Associated Press. She said more than a million eggs were being recalled.

Michael Foods has taken a number of corrective steps to address the issue and prevent recurrence, she said.

Listeria from cantaloupes caused an outbreak last year that sickened 146 people across 28 states, HealthPop reported. The CDC declared that outbreak over in December.

Only lot codes immediately preceded by a "1" AND ending in a "W" are affected.

The FDA says a recall of three lot dates was announced on Thursday, January 26, but the recall was expanded today to include additional lot dates as a precautionary measure.