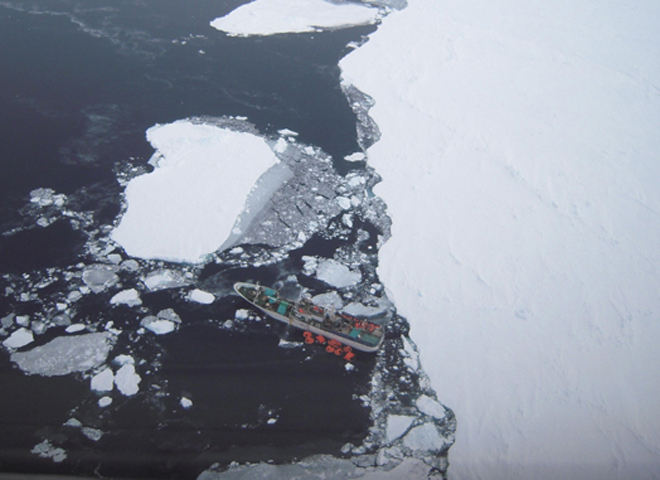 A Russian ship stranded in Antarctica after striking a submerged iceberg has become stabilized, but the crew has requested equipment needed to repair a one-foot gash in the ship's hull.

The 157-foot ship Sparta, carrying 32 crew members, began taking in water Friday. A distress call was sent, but the closest ships are either days away or are themselves blocked by sea ice.

The crew is currently pumping out water entering the ship, which is located next to the Antarctic ice shelf in the Ross Sea. They have also attached mooring lines to the ice pack to stabilize the ship.

On Saturday a Royal New Zealand Air Force (RNZAF) C-130 Hercules aircraft flying from Christchurch dropped an extra pump, fuel and other equipment via parachute, but on Monday the crew said more equipment is needed to repair the hole about five feet below the water line.

"They are keeping ahead of the water ingress using two pumps," RNZAF rescue mission co-ordinator Neville Blakemore told TVNZ. "But they are having difficulty in trying to fix a patch to the damaged part of the hull because they need to stop one of the pumps to do this, and then the water level creeps up again."

A South Korean ice-breaker will soon join the rescue effort, but it is days from the Sparta's location.