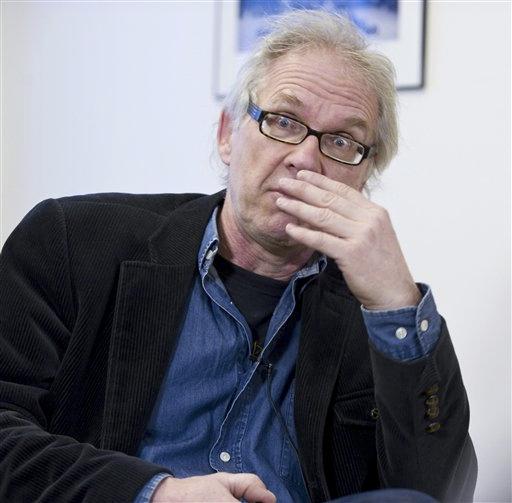 For all the shots that Vice President Dick Cheney and Sen. John Edwards traded in their Tuesday night debate, both made it clear that they were just set-up men.

"I think the most important thing I've learned from this process," Edwards said in a rebuttal on a question of his own qualifications for office, "is what I now know about John Kerry."

Later, Cheney said of his role as vice president, "I think it's worked in part because I made it clear that I don't have any further political aspirations myself."

The main event is Friday night, when President Bush and Sen. Kerry square off in St. Louis for the second of their three presidential debates.

In a possible preview of his debate strategy, Mr. Bush charged Wednesday that Kerry has "a strategy of retreat" for Iraq and an economic program that would imperil America at home.

Mr. Bush addressed hundreds of applauding supporters on his 38th trip to the swing state of Pennsylvania as he worked to overcome last week's shaky debate performance and new controversy over the White House's handling of the war in Iraq.

"In the war on terror, Senator Kerry is proposing policies and doctrines that would weaken America and make the world more dangerous," the president said.

Despite their role as No. 2s, Edwards and Cheney still traded plenty of stinging jabs in Tuesday's night's vice presidential face-off.

Edwards accused the Bush administration of bungling the war in Iraq and presiding over a historic loss of jobs. "Your facts are just wrong," Cheney shot back.

Both candidates got some encouragement from post-debate polls.

A CBS News poll of 178 uncommitted voters found that 41 percent said Edwards won the debate, versus 28 percent who said Cheney won. Thirty-one percent said it was a tie. The poll had a seven point margin of error.

Cheney fared best in a poll of 509 debate watchers, a Republican-leaning group, done by ABC News that gave him the edge on a stronger performance, by 43 percent to 35 percent who said Edwards won. The poll had a margin of error of 4.5 percentage points.

Both man also got kudos from their running mates.

A spokesman said the president stayed up late to watch the debate, and then phoned the vice president to congratulate him for his performance. A spokesman quoted Mr. Bush as telling Cheney he did an "outstanding job," reports CBS News White House Correspondent Mark Knoller.

Sitting on a couch at a Colorado hotel, Kerry told Edwards by phone that he did a "spectacular job" and gave the country a clear choice on Election Day.

The vice-presidential debate took on increased importance as polls tightened after the first Bush-Kerry debate.

The job for Cheney, 63, was to blunt the momentum Kerry built up after the first debate, CBS News Senior White House Correspondent John Roberts reports. Edwards, 51, was on the attack from the opening moments of the debate.

Cheney noted that Kerry had opposed the first Persian Gulf War, and said it was "part of a consistent pattern over time of always being on the wrong side of the fence."

The debate format encouraged give-and-take, and neither the vice president nor Kerry's running mate shrank from the task.

Edwards, whose swift attack seemed to rattle the vice president, went particularly hard on Cheney for suggesting a connection between Iraq and the terrorist attacks on Sept. 11, 2001, reports Roberts.

On domestic issues, Edwards said Mr. Bush had presided over a loss of jobs during his administration – the first president to do so since Herbert Hoover sat in the White House during the Great Depression in the early 1930s.

Cheney, whose daughter, Mary, is a lesbian, spoke supportively about gay relationships and said "people ought to be free to choose any arrangement they want." That position differs with Mr. Bush, who supports passage of a constitutional marriage to ban same-sex marriage, and Cheney said, "He sets policy for this administration, and I support him."