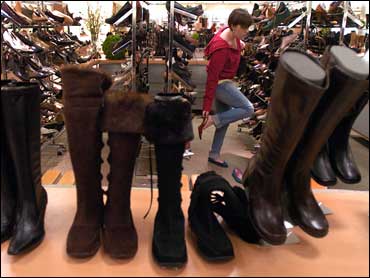 In his latest Against the Grain commentary, CBSNews.com's Dick Meyer looks at the obstacles President Bush is facing when it comes to improving America's schools.


Education reform is the poster child for the compassion in George W. Bush's conservatism. Still, nearly four months into his term, his program is in legislative detention.

The goody-goodies on the president's left accuse him of pushing education reform on the cheap in the form of tough testing requirements and school choice, both relatively cheap policies.

The bullies on his right rage that the president has all but abandoned "accountability" in education – that is, more testing and school choice – in order to get something, anything passed. They worry that the president has fallen to the liberal Dark Side and intends to simply throw money at the problem of education. The squabble will outlive the school year by months.

This "politics as usual" report, however, isn't the worst news coming out of Washington for students and schools – that comes from the U.S. Census Bureau, not Capitol Hill.

A new census report shows that households composed of married couples living with children under 18 now account for less than a quarter of all households, the lowest level in census history.

This is bad for education for the simple reason that married couples with children are the people most likely to support education locally by voting for school bonds, property taxes or by actually spending time in classrooms. They are the natural constituency for improving education. Towns with lower levels of households with children have a harder time raising money for schools, even if they are relatively affluent communities.

There are many factors contributing to the erosion of the "married with children" domicile. Some of them seem irrelevant to schoolchildren, others dangerous.

For example, statistically there are more unmarried people and married-childless people because Americans are marrying later in life. The median age of men who first marry was 27 in 2000, up from 22 in 1960; the median marriage age for women was 25, up from 20 in 1960. No obvious threat to classrooms there. And it may turn out that parents who marry later do a better job educating their children.

There has also been a startling increase in the number of people living alone. It's not clear what that means for schooling issues. Just 8 percent of census households in 1940 were made up of people living alone. Now they account for more than a quarter of all households. Economists say this is because more people can afford to live alone, that they have the money to live as they please. Sociologists say this is a sign of alienation, not affluence.

Regardless of the academic diagnoses, people living alone would not be the target demographic for a school board pushing a bond vote.

Another force at work here, of course, is the icreased number of single-parent households. In the last decade, households headed by single mothers grew by 25 percent. Single-father households, a much smaller number, grew by 62 percent since 1990. Households of married couples with children grew by only 6 percent.

Many analysts, and many conservatives, see the increase in single-parent households as both an effect of a deeper societal decay and a cause of things like deteriorating public education. One thing is not arguable: To the degree that the level of single-parent households coincides with poverty (and it is a large degree), it is an education problem.
The shrinking number of people who check off "married with children" does not itself recommend any particular brand of education policy or reform. But it would be easier to sell an education program to the growing number of voters who are not natural boosters if politicians of both flavors embraced an approach that wasn't burdened by bureaucratic spending largess or by conservative dogma.

How's that for a goody-goody conclusion?