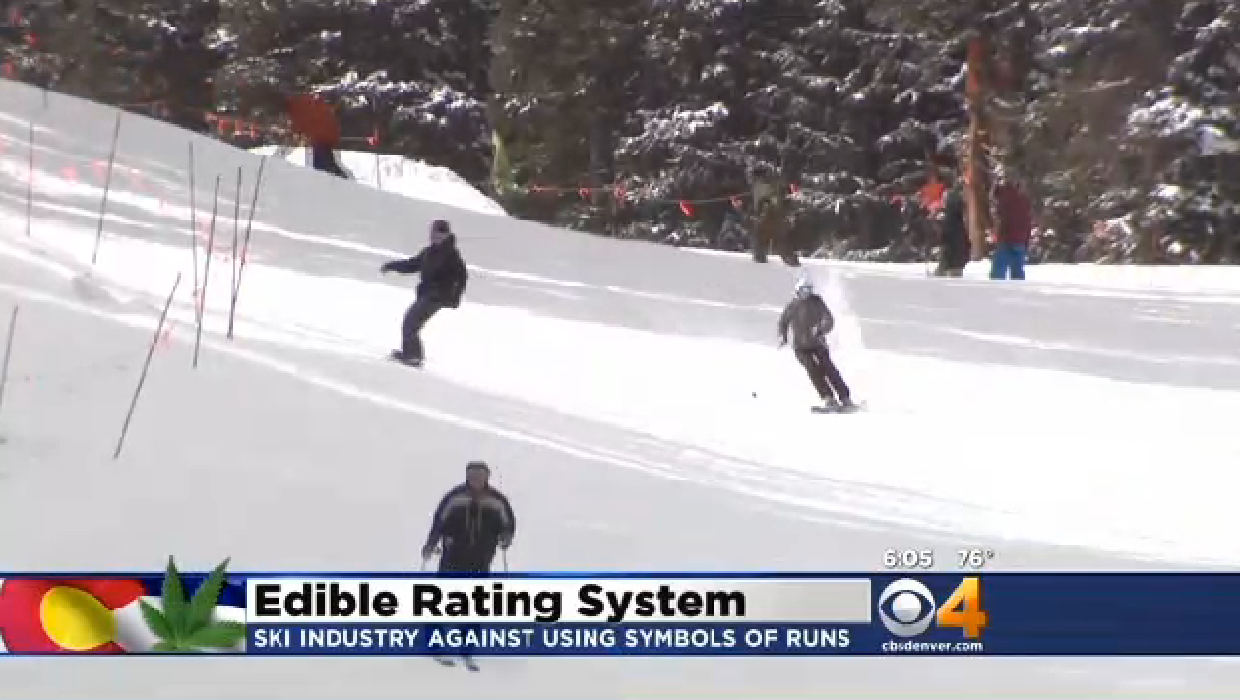 The rating system reportedly uses symbols from the ski slopes for marijuana rankings - and many say it's counterproductive, according to the station.

For decades ski runs have been labeled with colors and symbols (green circles, blue squares and a black diamond) to indicate difficulty and help people stay safe. This week, leaders in the marijuana industry recommended using the same system for their edibles.

"I think it's definitely a possible solution. Talking about different potencies or concentrations and categorizing them as one solution. Standardizing to a certain dose so everyone knows what they're getting is a solution," Dr. Sam Wang told CBS Denver.


But copying the ski resorts' rating system isn't going down easy, according to the station.

"The ski industry has a strong opposition to the appropriation of ski resort symbols for marijuana use," said Jenn Rudolf from Colorado Ski Country USA.

All season long, members of the forest service and different ski areas have stressed marijuana education and how it's illegal at nearly every ski area. Some feel copying the ratings system would likely diminish the hard work resorts have done to distance themselves from the pot industry.

So as the state considers a rating system for edible marijuana, the ski industry advises: take a different trail.