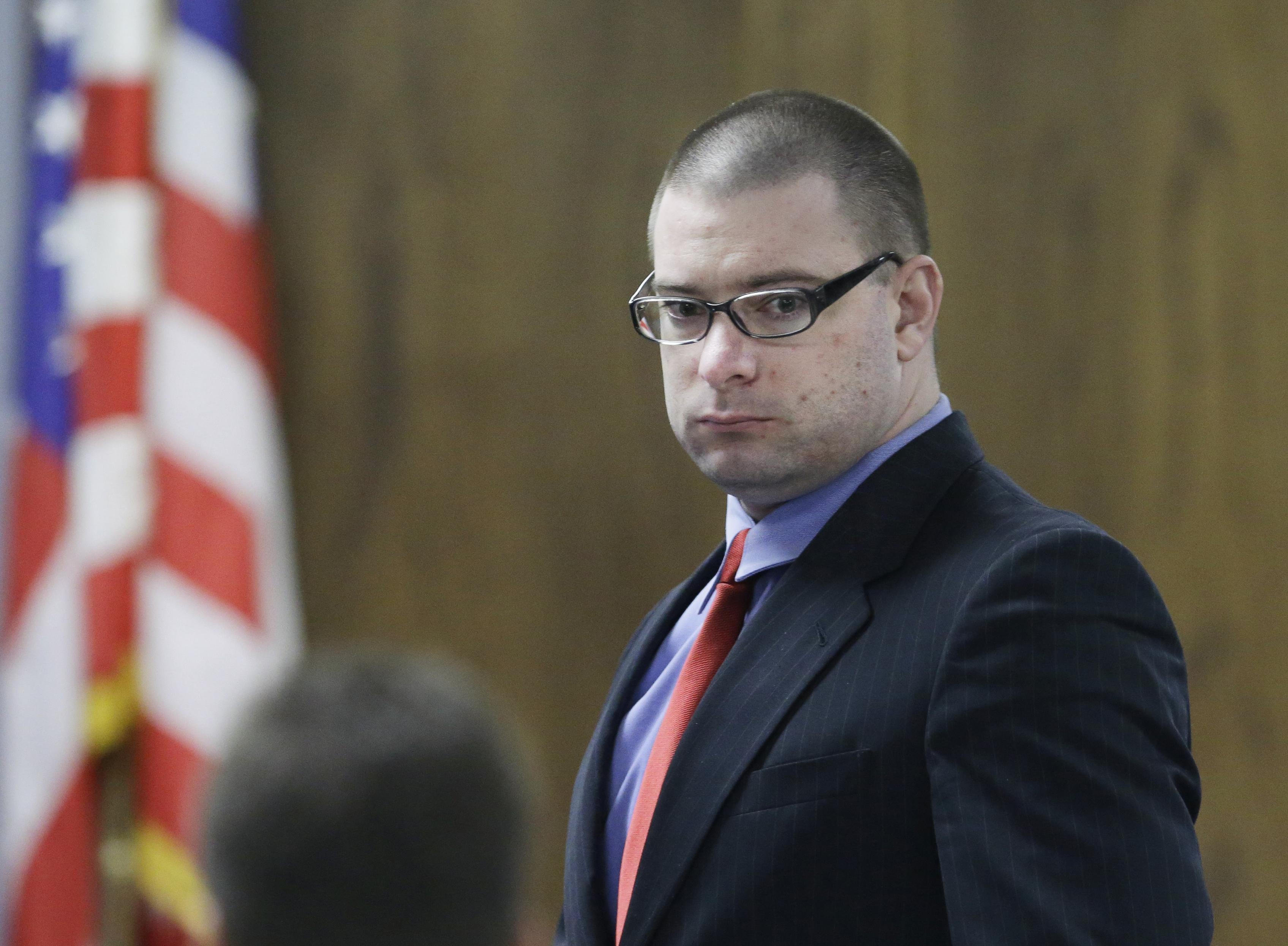 After deliberating less than three hours, a jury in Stephenville, Texas, convicted Routh, 27, of capital murder for shooting and killing Kyle, a former Navy SEAL, and Littlefield at an outdoor shooting range in February 2013.

Defense attorneys had argued that Routh suffered from schizophrenia and post-traumatic stress disorder and should be found not guilty by reason of insanity. They said they would appeal the conviction.

Routh was automatically sentenced to life in prison without the possibility of parole, since prosecutors did not seek the death penalty. He showed no reaction in court, even when family members of Littlefield addressed him.

"We've waited two years for God to get justice for us on behalf of our son," Judy Littlefield, Chad Littlefield's mother, said outside the courthouse after the verdict was announced. "We're so thrilled that we have the verdict that we have tonight, and thank you guys for being so compassionate and treating us with respect and honoring us."

Kyle's widow, Taya, was not in the courtroom when the verdict was read. She was overcome with emotion during closing arguments and could be heard abruptly leaving the courtroom, reports CBS News correspondent Manuel Bojorquez. She did not return.

Chris Kyle's brother and parents were among a group hugging and crying inside the courtroom after the verdict was read. They did not issue a statement.

The trial has drawn intense interest, in part because of the blockbuster Oscar-nominated film based on Kyle's memoir about his four tours in Iraq.

The prosecution painted Routh as a troubled drug user who knew right from wrong, despite any mental illnesses. While trial testimony and evidence often included Routh making odd statements and referring to insanity, he also confessed several times, apologized for the crimes and tried to evade police.

Criminal law experts said the verdict hinged on whether the defense could prove Routh was insane and did not know the killings were wrong at the time they were committed. Jurors had three options: find Routh guilty of capital murder, find him not guilty, or find him not guilty by reason of insanity.

If found not guilty by reason of insanity, the court could have initiated proceedings to have him committed to a state mental hospital.

Kyle and Littlefield had taken Routh to the shooting range at Rough Creek Lodge and Resort on Feb. 2, 2013, after Routh's mother asked Kyle to help her troubled son. Family members say Routh suffered from PTSD from serving in Iraq and in Haiti after the devastating 2010 earthquake.

A forensic psychologist testified for prosecutors that Routh was not legally insane and suggested he may have gotten some of his ideas from television. Dr. Randall Price said Routh had a paranoid disorder made worse by his use of alcohol and marijuana, calling his condition "cannabis-induced psychosis."

Defense attorneys noted that Kyle had described Routh as "straight-up nuts" in a text message to Littlefield as they drove to the luxury resort.

Among evidence entered by prosecutors was a recorded phone call between Routh and a reporter from The New Yorker magazine in which Routh said he was annoyed Littlefield wasn't shooting, but instead seemed to be watching him.

Defense attorneys said Routh, who had been prescribed anti-psychotic medication often used for schizophrenia, believed the men planned to kill him.

A resort employee discovered the bodies of Kyle and Littlefield about 5 p.m.; each had been shot several times. About 45 minutes later, authorities say Routh pulled up to his sister's home in Kyle's truck and told her he had killed two people.

She called police, who later located Routh sitting in front of his home in the truck. A police video shown by prosecutors showed officers trying to coax him from the truck while he makes comments including: "I don't know if I'm going insane" and "Is this about hell walking on earth right now?"

"He told us he'd taken a couple of souls and he had more souls to take," Lancaster police Lt. Michael Smith testified.

Routh later took off and led authorities on a chase before the truck became disabled and he was arrested.