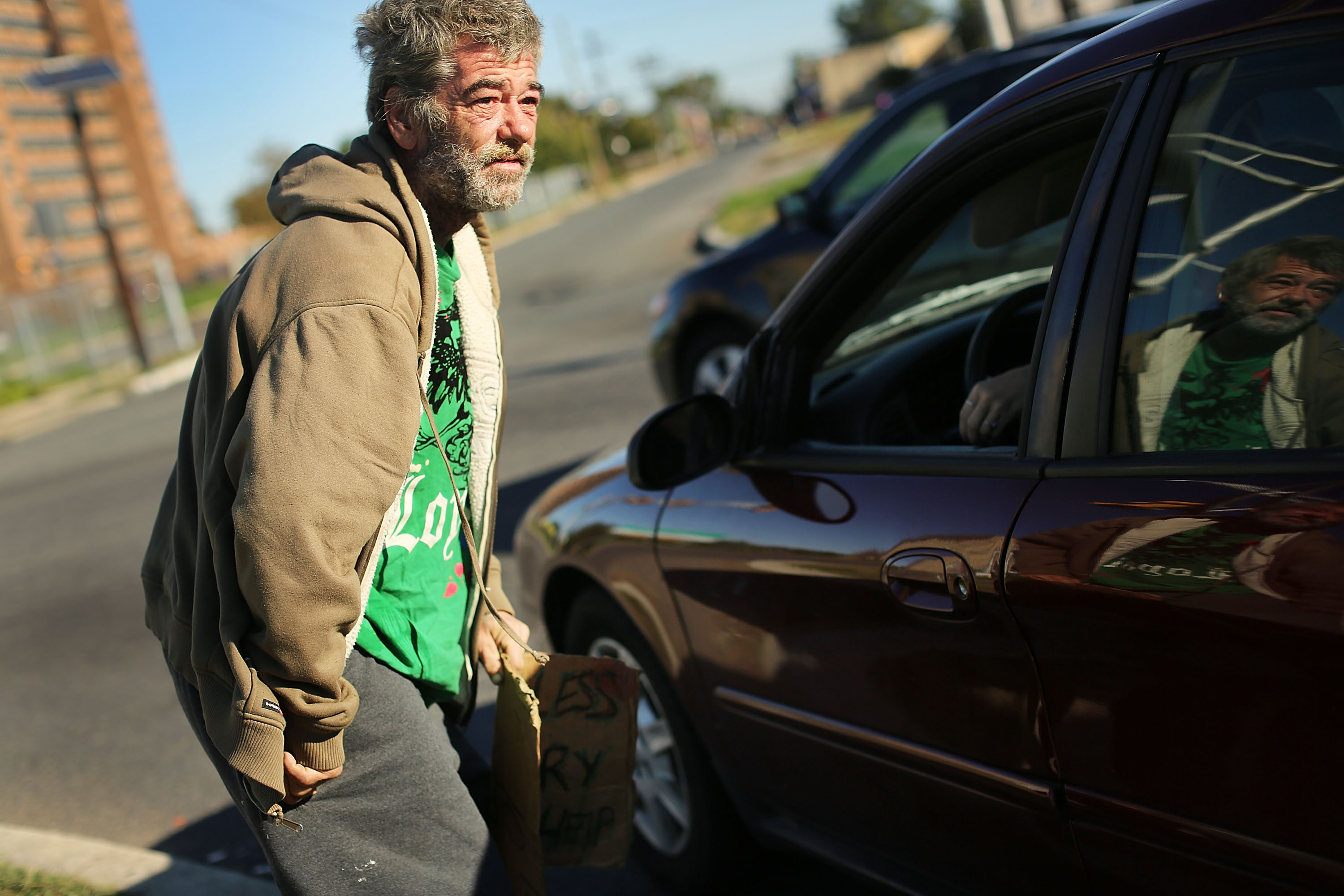 (MoneyWatch) Although the U.S. economy is slowly recovering, millions of people who have tumbled into poverty since the 2008 financial crisis have yet to see their situations improve.

Numbers released this week by the Census Department showexactly how pervasive poverty is in the U.S. To be defined as poor by the government, a single person can earn no more than $11,490 per year, while for a family of four the threshold is $23,550. About 46.5 million Americans, or 1 in 7, lived at or below that level last year. Extend the definition just slightly to 125 percent of the poverty level -- $14,362 for one person and $29,437 for a family of four -- and the ratio drops to 1 in 5, fully 20 percent of the population.

"What's concerning is that most metropolitan areas have seen improvement in unemployment but not in poverty," said Elizabeth Kneebone, an analyst for the Brookings Institute and co-author of the book "Confronting Suburban Poverty in America." She points out that poverty rates increased in 2012 in all but seven of the nation's 100 largest metropolitan areas.

While median earnings for all workers have stayed flat for the previous two years, workers in low-wage jobs are increasingly facing competition from recent college graduates who have been shut out of higher-paying jobs.

"You would expect poverty to have dropped given that employment is increasing but poverty is still high," said Austin Nichols, a researcher for The Urban Institute, a nonpartisan organization focusing on economic and social policy research. "As people are going back to work, we're rolling back some of our recovery-related transfer programs -- unemployment insurance extensions are expiring, we're going to start rolling back food assistance, a lot of the special tax provisions are expiring."

The House of Representatives on Thursday voted to cut funding for the Supplemental Nutrition Assistance Program, referred to as food stamps, by nearly a $4 billion a year. The program was already facing a major cut to its funding. In November, a boost to the program from 2009's Recovery Act will expire. Without that, SNAP benefits will average less than $1.40 per person per meal in 2014.

Under the House plan, states would be able to put broad new work requirements in place for many food stamp recipients and to test applicants for drugs. The bill also would end government waivers that have allowed able-bodied adults without dependents to receive food stamps indefinitely.

Current requirements may have already taken a toll on those who are getting food stamps. According to the Census Bureau, while 8.2 million households living below the poverty line got food stamps last year, 8.8 million did not.