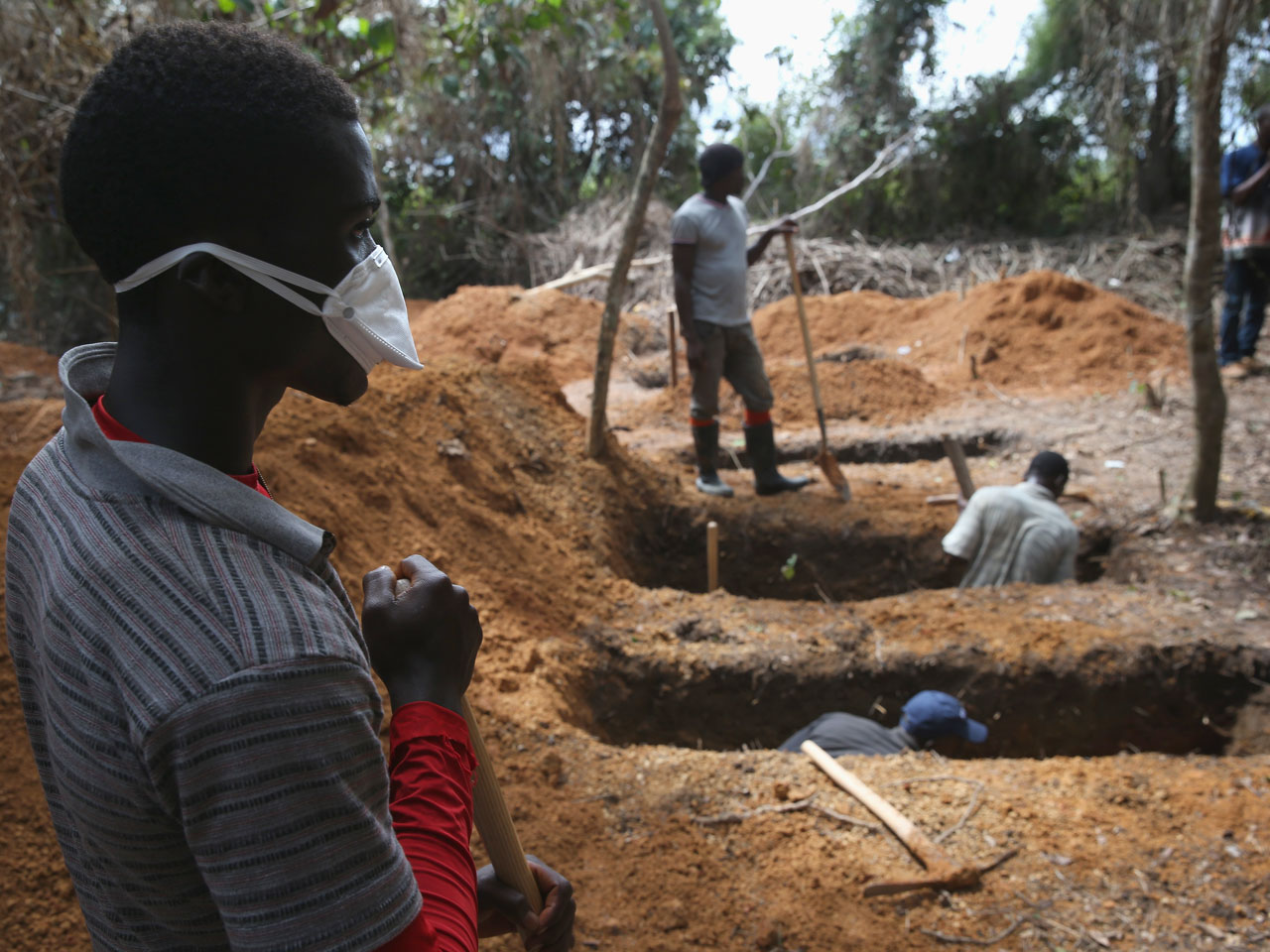 WASHINGTON - The economic impact of the Ebola epidemic could reach $32.6 billion by the end of next year if the disease ravaging Guinea, Liberia and Sierra Leone spreads to neighboring countries in West Africa, the World Bank Group said Wednesday.

The World Bank's assessment said the economic impact of Ebola is already serious in the three countries and could be catastrophic if it becomes a more regional health crisis. The CDC said last month that unless efforts to curb the outbreak are ramped up significantly and quickly, the disease could infect up to 1.4 million people by mid-January in two nations, Sierra Leone and Liberia, alone.

"With Ebola's potential to inflict massive economic costs on Guinea, Liberia and Sierra Leone and the rest of their neighbors in West Africa, the international community must find ways to get past logistical roadblocks and bring in more doctors and trained medical staff, more hospital beds and more health and development support to help stop Ebola in its tracks," said Jim Yong Kim, president of the World Bank.

He added that the enormous economic cost of the current outbreak to the affected countries and the world "could have been avoided by prudent ongoing investment in strengthening health care systems."

It is far from certain that the epidemic will be contained by the end of the year, so the report estimated the economic costs of two scenarios as the battle against the disease continues. The report estimated that the economic impact could top $9 billion if the disease is rapidly contained in the three most severely affected countries, but could reach $32.6 billion if it takes a long time to contain Ebola in the three countries and it spreads to neighboring nations.

The economic impacts of the disease are affecting Western nations as well. Spain and the U.S. are the two Western countries who so far have transported their infected citizens out of West Africa at great cost.

It is estimated that the first two flights alone bringing sick American missionaries back from West Africa cost $2 million. So far, 4 Americans have contracted the disease abroad and been flown back to the U.S. for treatment.

CBS News correspondent Manuel Bojorquez reports air travel and Ebola have become a major concern for the U.S. government, which will be spending an untold sum to fastrack changes to improve airport screenings for the virus.

The Coast Guard has also announced new, additional protocols for screening for the disease.

Additionally, the U.S. government has committed a large number of military and humanitarian resources to help combat the disease's spread in West Africa itself.

The economic impact could be limited if immediate national and international action stops the epidemic and alleviates the fear factor, the report said. Fear about the disease is causing neighboring countries to close their borders and airlines and businesses to suspend their commercial activities in the three worst-affected countries.

The World Health Organization estimates that Ebola has killed more than 3,400 people in West Africa and infected at least twice that many.

It is unclear still how successful efforts to halt the disease will be.

In Sierra Leone, bodies of Ebola victims have been left in the streets because of a strike by burial teams, who complain they have not been paid.

Health Ministry spokesman Sidie Yahya Tunis says the situation is "very embarrassing" and said money was available to pay the teams. He promised to provide more information on Wednesday.

In Spain, officials said a second nursing assistant has been placed under observation for Ebola in a Madrid hospital where a colleague became infected after working with two Spanish missionary priests who contracted the disease in West Africa and later died at the center.

It was not known whether the second assistant also treated the two priests. The infected nursing assistant is the first person known to catch the disease outside the outbreak zone in West Africa during the current epidemic.