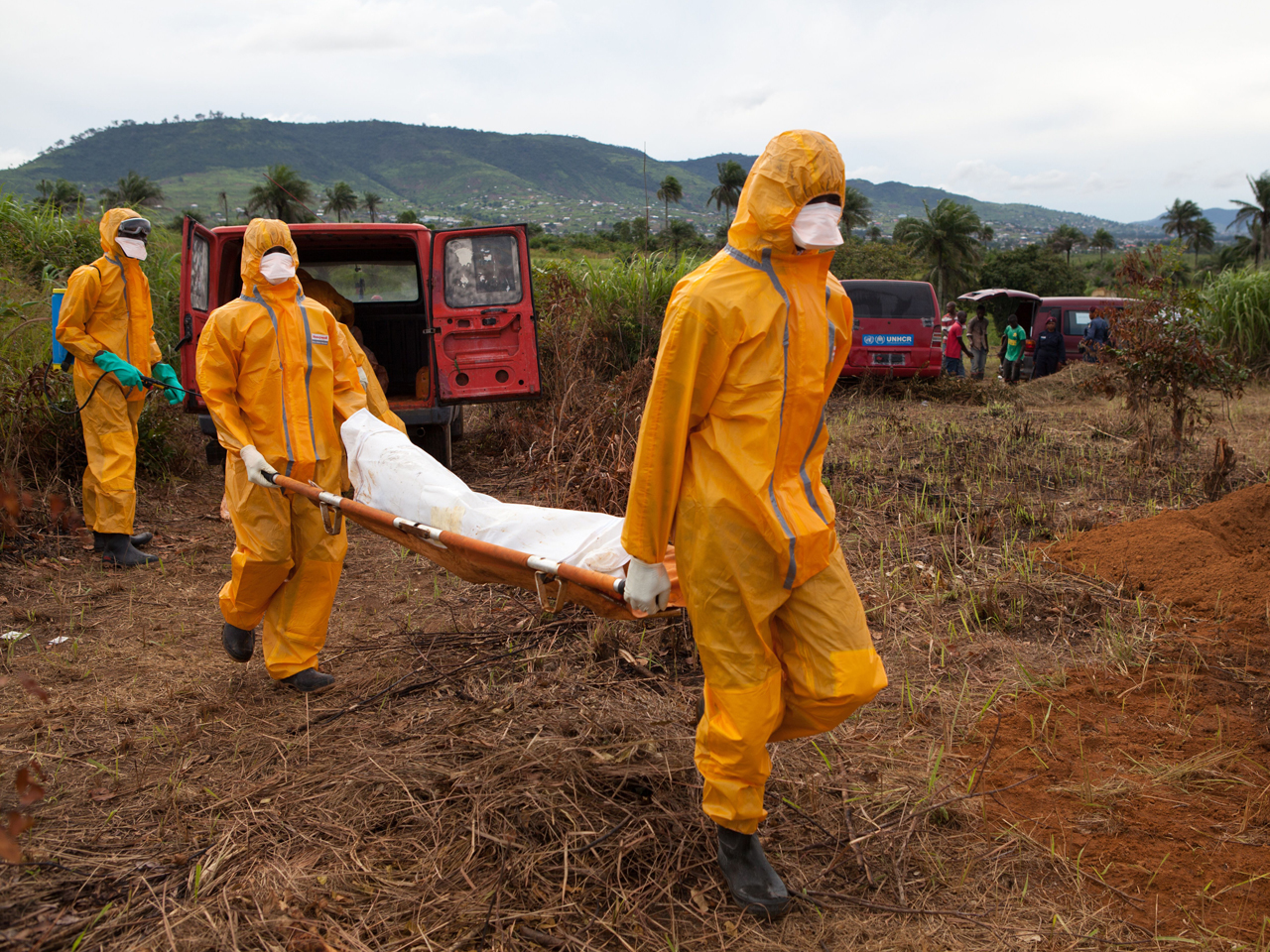 FREETOWN, Sierra Leone -- The Sierra Leone Broadcasting Corporation says bodies of Ebola victims have been left in the streets because of a strike by burial teams, who complain they have not been paid.

Health Ministry spokesman Sidie Yahya Tunis says the situation is "very embarrassing" and said money was available to pay the teams. He promised to provide more information on Wednesday.

The World Health Organization says Ebola is believed to have killed more than 600 people in Sierra Leone.

In Spain, officials said a second nursing assistant has been placed under observation for Ebola in a Madrid hospital where a colleague became infected after working with two Spanish missionary priests who contracted the disease in West Africa and later died at the center.

It was not known whether the second assistant also treated the two priests. The infected nursing assistant is the first person known to catch the disease outside the outbreak zone in West Africa during the current epidemic.

She was said to be in stable condition Wednesday. The woman's husband is also under observation in the Carlos III hospital while two others, a nurse and a Spanish engineer who had traveled to Nigeria, have been given the all -clear after testing negative for the virus.

Spanish authorities are investigating how the nursing assistant became infected. They are also monitoring some 50 people who came into contact with her or also tended the two priests that died.

Health authorities in Madrid have faced accusations of not following protocol and poorly preparing health care workers for dealing with Ebola.