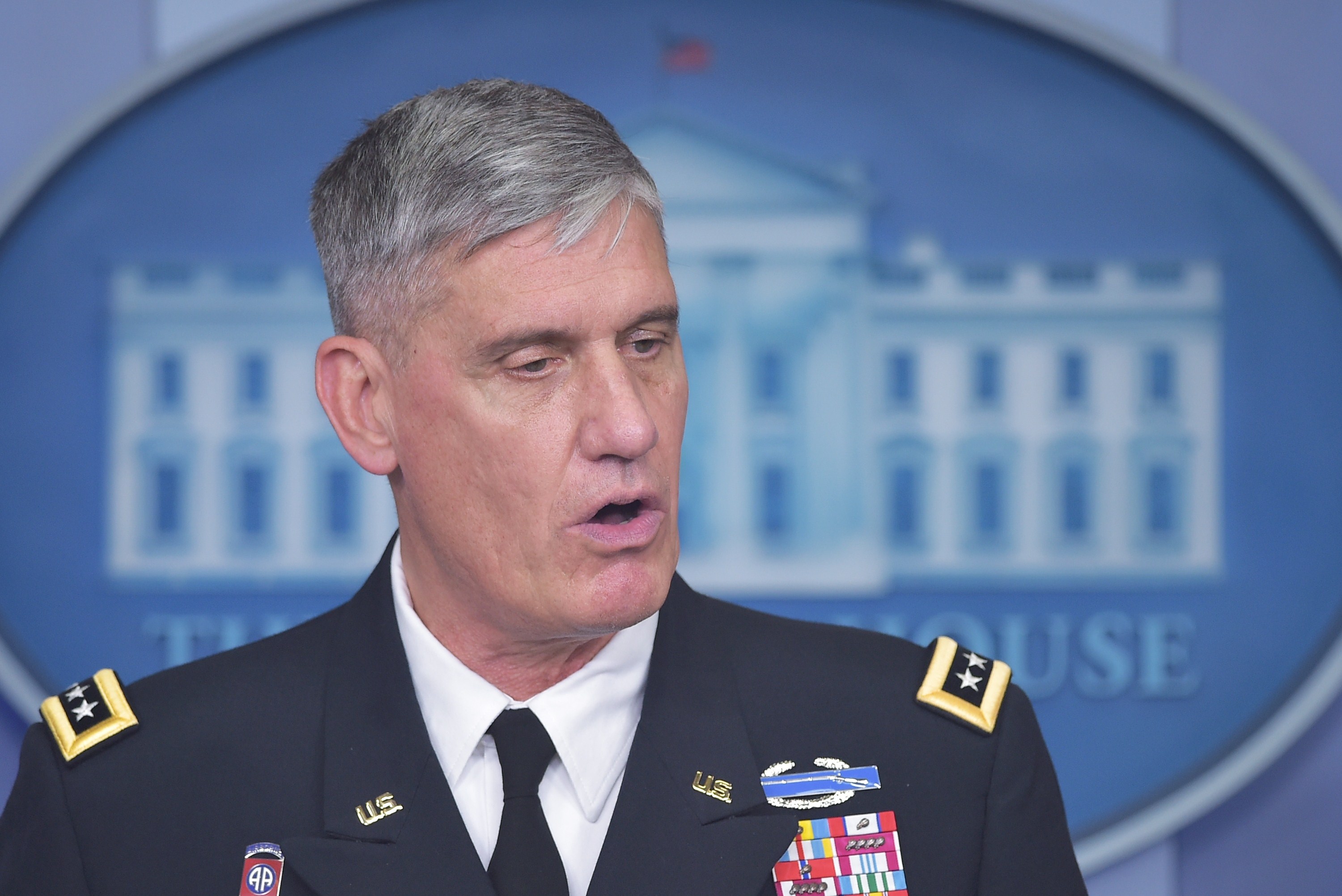 Gen. David Rodriguez, the commander of U.S. Africa Command, said Tuesday that he "confident" the U.S. can ensure the safety of military personnel who are in West Africa to combat the Ebola virus.

"Let me assure you, by providing predeployment training, adhering to strict medical protocols while deployed, and carrying out carefully planned reintegration measures based on risk and exposure, I am confident that we can ensure our service members' safety and the safety of their families and the American people," Rodriguez told reporters. "We will do everything in our power to address and mitigate the potential risk to our service members, civilian employees, contractors, and their families."

The Obama administration announced last month that it would deploy 3,000 U.S. military personnel to West Africa to help combat and contain the virus by building 17 treatment units with a 100-bed capacity each in Liberia, the hardest-hit country, as well as training local health workers to treat patients. Last week, the Pentagon said that the number of military personnel could rise to 4,000, and Tuesday, Rodriguez said that while he didn't expect more to be deployed, "things can change."

But the aid has been slow to arrive, CBS News Chief Medical Correspondent John LaPook reports. Just two of the 17 treatment centers are under construction, with completion not expected until the end of October. Just 231 troops were on the ground as of Oct. 2, and the center that is supposed to train 500 health care workers a week wont' be operation until the middle of the month.

Rodriguez estimated Tuesday that the remaining treatment centers will take until mid-November to complete. He said U.S. efforts are hampered in part by the lack of infrastructure in Liberia, which has been overwhelmed by the crisis, which makes it difficult for them to absorb aid.

In addition to the treatment centers, the U.S. is operating three different testing labs and is looking to send in four more. Three to four personnel man each of the training centers, where they test samples from patients who might have the virus.

Rodriguez said those teams "are trained to the very highest level of operating in a nuclear, biological, and chemical arena, and they are tested continually" to make sure they haven't contracted the virus. They are the only ones who are supposed to get anywhere near the disease: the vast majority of military personnel will not be interacting with either Ebola patients or samples of the virus.

Locals who are assisting the U.S. teams, such as Liberian troops or contractors, have been tested to ensure they do not have the disease and are checked daily, Rodriguez said. If any American contracts the virus and becomes symptomatic, he or she will come back to the U.S. for treatment, he said.

The cost of the mission over six months is $750 million, Rodriguez said, and he guessed troops would be there for at about a year.

Sen. Rand Paul, R-Kentucky, recently questioned President Obama's decision to dispatch military personnel to West Africa to fight Ebola, saying, "Where is disease most transmissible? When you are confined on a ship."

"That's really not a concern," Dr. Anthony Fauci who heads up the Allergy and Infectious Diseases Institutes at the National Institutes of Health (NIH), said on CBS' "Face the Nation" Sunday.

"First of all, the troops that are going over there are going to be fundamentally for logistic purposes, command, control, engineering, setting up the hospitals. They're well trained. They will not be in direct risk in the sense of contact with individuals. And even if they are, the protocols are in place to prevent spread from there. So, I don't and the Army does not have any real concern that those 3,000 to 4,000 are going to be in danger."