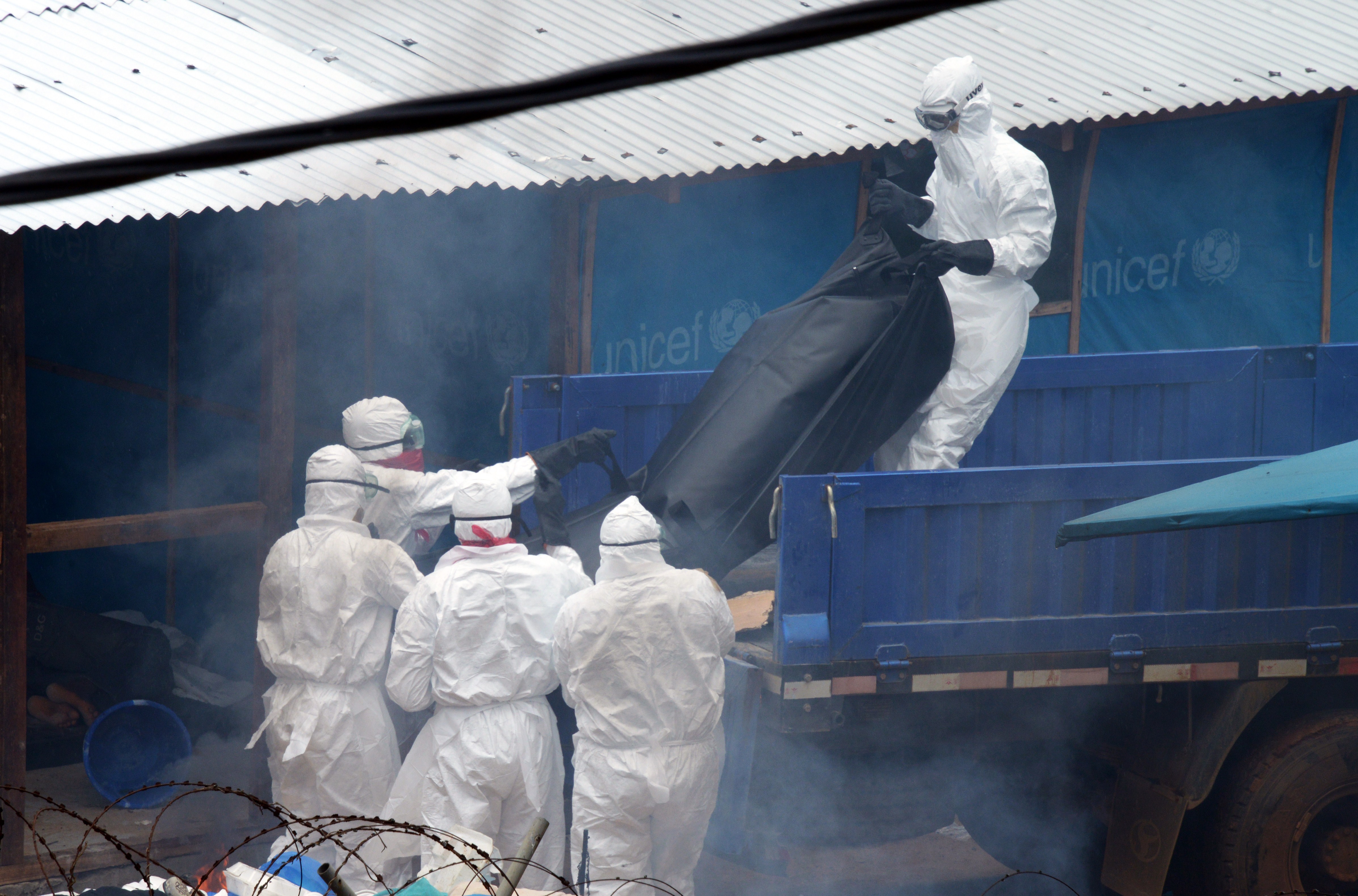 New estimates by the World Health Organization and the U.S. Centers for Disease Control and Prevention are warning that the number of Ebola cases could soar dramatically in the weeks and months ahead. The CDC says that unless efforts to curb the outbreak are ramped up significantly and quickly, the disease could infect up to 1.4 million people by mid-January in two nations, Sierra Leone and Liberia, alone.

Since the first cases were reported six months ago, the official tally of cases in West Africa has reached an estimated 5,800 illnesses and over 2,800 deaths. But the U.N. health agency has warned that those numbers likely underestimate the actual toll and that cases are rising exponentially.

WHO said Tuesday that the true death toll for Liberia, the hardest-hit nation in the outbreak, may never be known, since many bodies of Ebola victims in a crowded slum in the capital, Monrovia, have simply been thrown into nearby rivers.

The CDC released its own predictions Tuesday, based partly on the assumption that Ebola cases are being underreported. The CDC report says there could be up to 21,000 reported and unreported cases in Liberia and Sierra Leone alone by the end of this month and that cases could balloon to as many as 1.4 million by mid-January.

In recent weeks, health officials worldwide have stepped up efforts to provide aid, but the virus is still spreading. There aren't enough hospital beds, health workers or even soap and water in the hardest-hit West African countries: Guinea, Sierra Leone and Liberia.

Last week, the U.S. announced it would build more than a dozen medical centers in Liberia and send 3,000 troops to help. Britain and France have also pledged to build treatment centers in Sierra Leone and Guinea and the World Bank and UNICEF have sent more than $1 million worth of supplies to the region.

"We're beginning to see some signs in the response that gives us hope this increase in cases won't happen," said Christopher Dye, WHO's director of strategy and co-author of the study published by the New England Journal of Medicine, who acknowledged the predictions come with a lot of uncertainties.

"This is a bit like weather forecasting. We can do it a few days in advance, but looking a few weeks or months ahead is very difficult."

WHO also calculated the death rate to be about 70 percent among hospitalized patients but noted many Ebola cases were only identified after they died. Dye said there was no proof Ebola was more infectious or deadly than in previous outbreaks.

Outside experts questioned WHO's projections and said Ebola's spread would ultimately be slowed not only by containment measures but by changes in people's behavior.

"It's a big assumption that nothing will change in the current outbreak response," said Dr. Armand Sprecher, an infectious diseases specialist at Doctors Without Borders.

"Ebola outbreaks usually end when people stop touching the sick," he said. "The outbreak is not going to end tomorrow but there are things we can do to reduce the case count."

Local health officials have launched campaigns to educate people about the symptoms of Ebola and not to touch the sick or the dead.

Sprecher was also unconvinced that Ebola could continue causing cases for years. He said diseases that persist for years usually undergo significant changes to become less deadly or transmissible.

The CDC report projected that if 70 percent of patients could be placed in Ebola treatment units or isolated in a home or in a community setting by this December, the transmission rate could be reduced enough to change the course of the epidemic and put it on pace to be nearly ended by January 2015.

Scientists said the response to Ebola in the next few months would be crucial.

"The window for controlling this outbreak is closing," said Adam Kucharski, a research fellow in infectious disease epidemiology at the London School of Hygiene and Tropical Medicine.