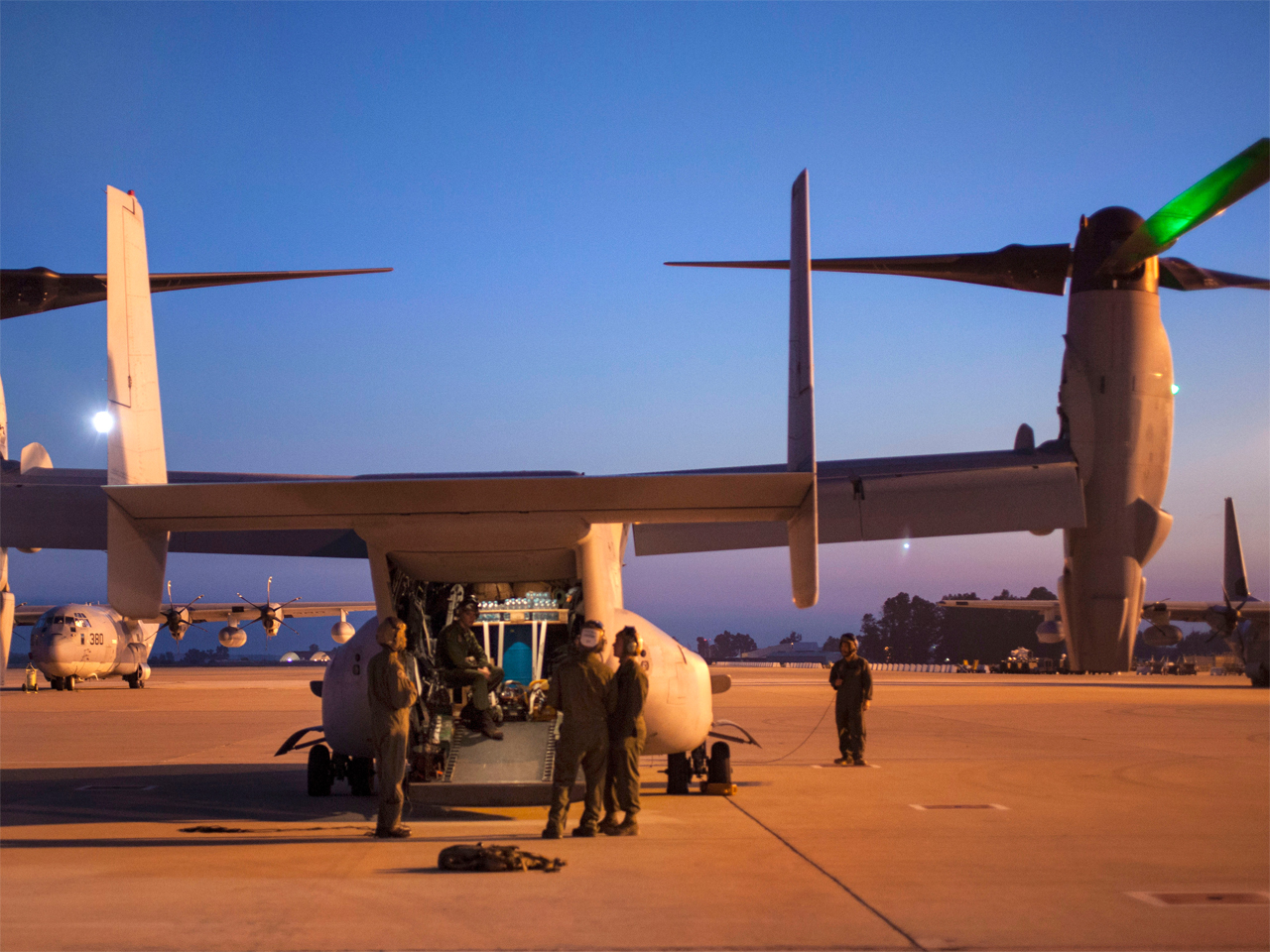 It will receive up to seven days of training with personnel from the U.S. Army Medical Research Institute of Infectious Diseases at the San Antonio post.


That includes drills on infection control and instruction on special protective equipment.

On Sunday, the Pentagon announced that Defense Secretary Chuck Hagel had ordered the formation of the from across the services to assist civilian medical professionals in the U.S. if needed to treat Ebola. So far, three cases have been confirmed in the U.S.

The team would not be sent to West Africa or other overseas locations, and would "be called upon domestically only if deemed prudent by our public health professionals," Pentagon press secretary Rear Adm. John Kirby said in a statement Sunday.

The team will then remain on standby status for 30 days, ready to assist civilian medical personnel treating Ebola threats around the United States.

Preparations for the military's rapid-response team comes as the Centers for Disease Control and Prevention (CDC) are developing new safety protocols for health care workers treating patients with Ebola.

Dr. Anthony Fauci, director of the National Institutes of Health [NIH] National Institute of Allergy and Infectious Diseases, told CBS' "Face the Nation" Sunday that the new guidelines will be "much more stringent," going further than earlier guidelines developed by the World Health Organization (WHO), which the CDC had followed for years.


Fauci said those caring for an Ebola patient at Texas Health Presbyterian Hospital in Dallas were left vulnerable because some of their skin was exposed.

Earlier safety protocols, Fauci said, were based on a World Health Organization model in which care was given in more remote places, often outdoors, and without intensive training for health workers.

"So there were parts about that protocol that left vulnerability, parts of the skin that were open," Fauci said.

Health officials had previously allowed hospitals some flexibility to use available covering when dealing with suspected Ebola patients.

The new guidelines are expected to set a firmer standard: calling for full-body suits and hoods that protect worker's necks, setting rigorous rules for removal of equipment and disinfection of hands, and calling for a "site manager" to supervise the putting on and taking off of equipment.


The guidelines are also expected to require a "buddy system," in which workers check each other as they come in and go out, according to an official who was familiar with the guidelines but not authorized to discuss them before their release.

Hospital workers also will be expected to exhaustively practice getting in and out of the equipment, the official said.

The revised CDC guidance was expected as early as Saturday, but its release has been pushed back while it continues to go through review by experts and government officials.

The previous WHO protocols, "worked very well for many, many years in approaching patients who have Ebola in the African setting, which is in a much less well-developed setting," Fauci told CBS News' Bob Schieffer. But Ebola patients being treated in the U.S. often receive much more advanced treatment, such as intubation to add or remove bodily fluids, and hemodialysis, a method for addressing kidney failure, he said.

"The exposure level is a bit different particularly because you're keeping patients alive, because you have the capability," he said.