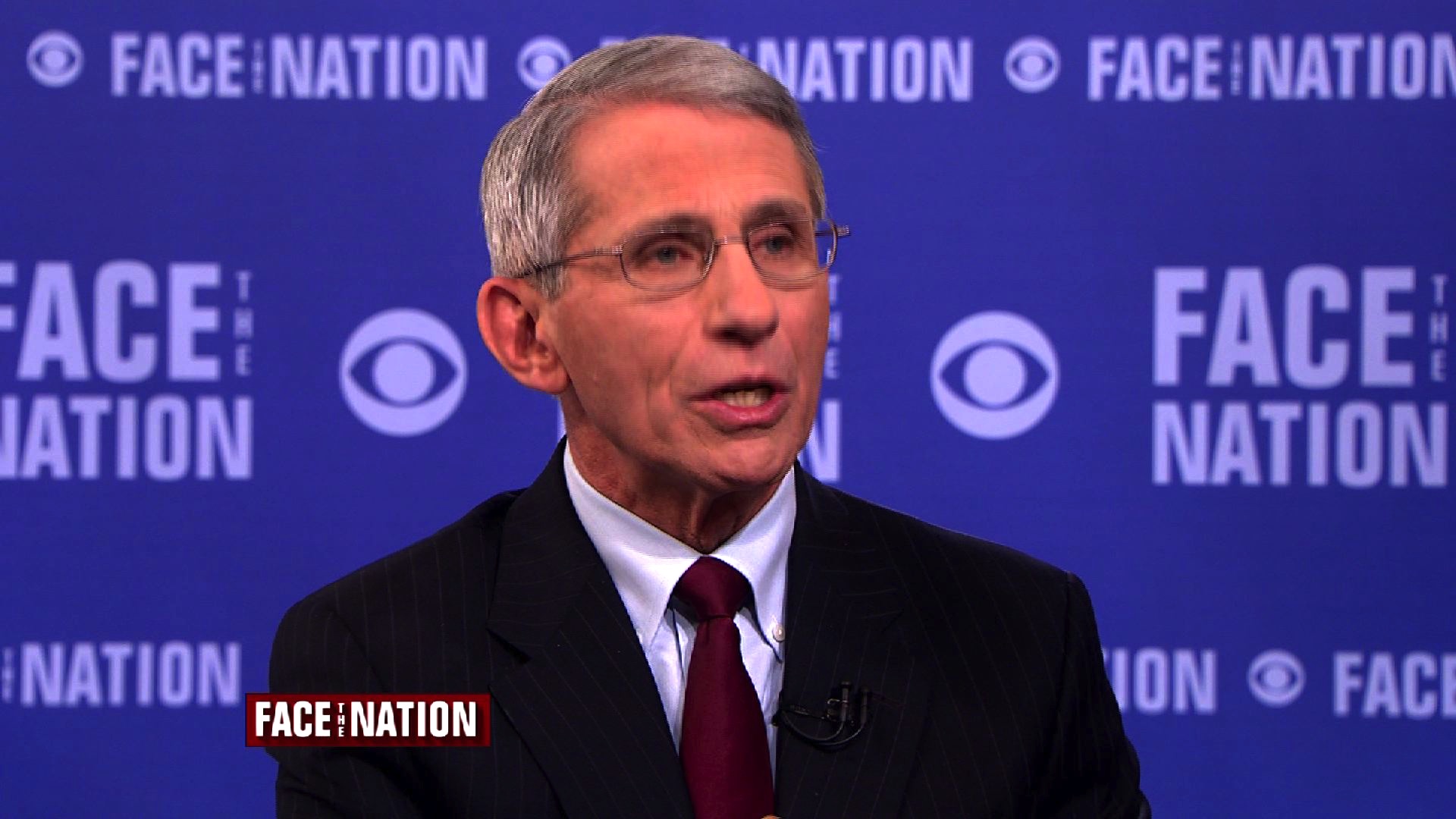 The new protocols that the Centers for Disease Control and Prevention (CDC) are developing for health care workers treating patients with Ebola will be "much more stringent" than previous guidelines, said Dr. Anthony Fauci, the director of the National Institutes of Health [NIH] National Institute of Allergy and Infectious Diseases.

While Fauci said he didn't want to "preempt" new protocols, he said they will go "a step further" than the previous World Health Organization (WHO) guidelines that the CDC had followed for years.

Those protocols, "worked very well for many, many years in approaching patients who have Ebola in the African setting, which is in a much less well-developed setting," Fauci said in an interview on CBS' "Face the Nation" Sunday. But Ebola patients being treated in the U.S. often receive much more advanced treatment such as intubation to add or remove bodily fluids and hemodialysis, a method for addressing kidney failure, he said.

"The exposure level is a bit different particularly because you're keeping patients alive, because you have the capability," he said.

He said the new CDC-issued guidelines will improve upon what the WHO had issued. For example, he said, those protocols allowed for some exposed skin, which will no longer be allowed.

"I can tell you what we do today at [NIH] is predicated on no skin exposed, good training, having somebody monitor you back and forth to make sure you take your your garb on and you take it off well, that's what we do," he said.

NIH is one of the four hospitals in the country that specialize in high-risk infections.

Representatives from the National Nurses Union, citing anonymous health care workers at Texas Health Presbyterian Hospital Dallas, have said that hospital officials did not know the proper protocol for treating the Liberian man who died of Ebola at the hospital earlier this month. They also said their protective gear was incomplete or ill-fitting. The hospital has denied those charges, saying they followed CDC guidelines and sought additional guidance and clarity from the agency.

In a separate interview on "Face the Nation," Jean Ross, the co-president of National Nurses United, said her organization has started a petition calling on President Obama to develop a national uniform standard for health care workers who are treating Ebola patients.

"We don't have a national system. It's piecemeal, it's fragmented. And so each hospital is going to do, according to, I believe C.D.C. guidelines, what they want to do," Ross said. "What we want and need is similar to what you find at [Emory University Hospital] and [University of Nebraska Medical Center]," two of the hospitals that specialize in treating high-risk infections.

Richard Umbdenstock, the president and CEO of the American Hospital Association, said hospitals are "anxious for this next set of guidelines."

"We'd been hoping to have them before this. We understand that CDC wants to vet them, make sure that they're absolutely right before they come out. But we're anxious to have them so that we know exactly the next level to which we're expected to perform," he said.

Both Umbdenstock and Dr. Robert Wah, the president of the American Medical Association, said they have confidence in the CDC. Wah noted, though, that they are dealing with a "dynamic situation."

"This isn't something we can always anticipate every possible aspect of it. And because it's dynamic, we have to be dynamic in our response, in our ability to talk to each other, learn from each other," he said.