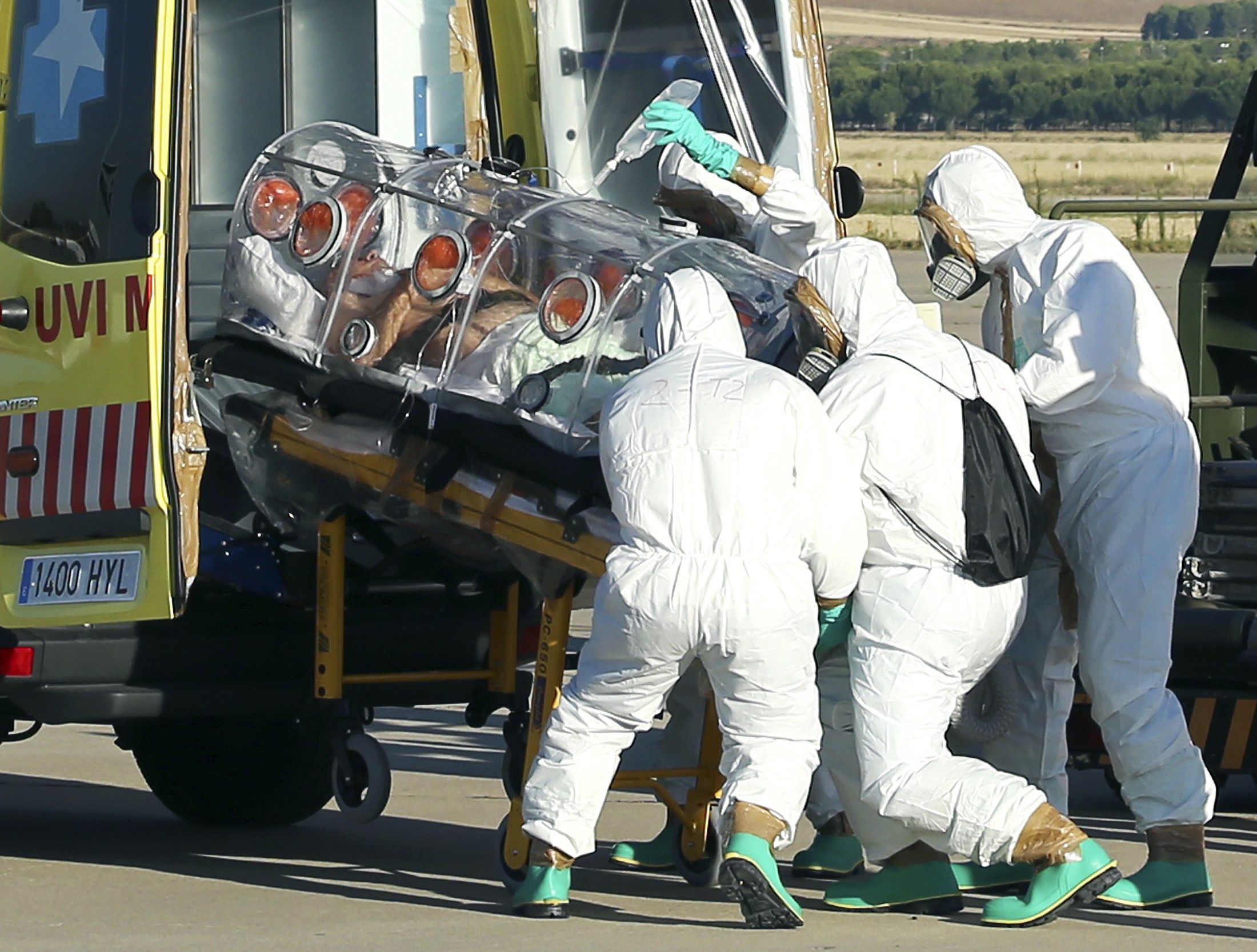 MADRID -- A Spanish missionary priest being treated for Ebola died Tuesday in a Madrid hospital amid a worldwide ethical debate over who should get an experimental Ebola drug.

Pajares died Tuesday at Carlos III Hospital, the hospital and his order said. The hospital would not confirm that he had been treated with the drug, but his order said earlier that he would be.

He is one of only three Ebola patients thought to have received the experimental treatment. The others are two Americans evacuated to Atlanta. The vast majority of those sickened by the virus have been Africans.

The World Health Organization says 1,013 people have died so far in the Ebola outbreak in West Africa and authorities have recorded 1,848 suspected, probable or confirmed cases of the killer virus. The virus was detected in Guinea in March and has since spread to Sierra Leone, Liberia and possibly Nigeria.

Pajares had been treating people with Ebola at the San Jose de Monrovia Hospital in Liberia when he became ill, and was evacuated to Spain on Thursday. He worked for the San Juan de Dios hospital order, a Spain-based Catholic humanitarian group that runs hospitals around the world.

On Tuesday, the U.N. health agency denied reports from Liberia that it had authorized the experimental Ebola drug for that hard-hit nation.

"We were not involved in transferring the serum and we will not be involved in any future transfers of it," said Gregory Hartl, a WHO spokesman. "WHO doesn't have any role in handing out the serum or any other experimental medicines."

WHO was holding a news conference later Tuesday to discuss the ethical issues surrounding unproven Ebola drugs and vaccines.

Liberia also backed away from its earlier claim that President Obama had approved the use of experimental Ebola drugs for two Liberian doctors.

In a statement Tuesday, a U.K.-based public relations firm representing the Liberian government said the experimental Ebola treatment would be arriving within the next 48 hours.

"The two doctors gave their consent, themselves being medical professionals, for the drug to be administered," the statement said. "The drugmaker has agreed to supply a sufficient amount of this drug only for these two patients."

Also Tuesday, Liberian President Ellen Johnson Sirleaf suspended all travel by executive branch officials for one month. She also ordered those already abroad to return home within a week "or be considered as abandoning their jobs," according to a statement from her press secretary.

Most airlines flying in and out of the Liberian capital of Monrovia have suspended flights amid the unprecedented health crisis.