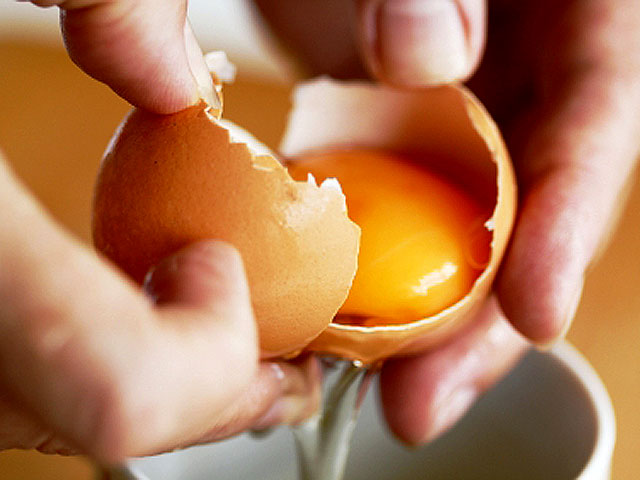 A new study suggests that eating egg yolks may lead to plaque buildup in the arteries that is comparable to what's found in cigarette smokers.

"What we have shown is that with aging, plaque builds up gradually in the arteries of Canadians, and egg yolks make it build up faster - about two-thirds as much as smoking," study author Dr. David Spence, director of the Stroke Prevention and Atherosclerosis Research Centre at Western University in Canada, said in a press release.

Published in the August 13 issue of the journal Atherosclerosis, researchers examined data on 1,231 men and women, average age of about 62, who were patients at vascular prevention clinic at London Health Sciences Centre in Canada. Participants were given surveys about their smoking and egg-yolk eating habits, and the scientists used ultrasounds to determine the amount of total plaque on their arteries.

Plaque builds up in a person's arteries as white blood cells, and LDL ("bad") cholesterol accumulate over time in the wall of the artery, according to WebMD, leading to the progressive hardening and narrowing of the arteries which restricts blood flow, a condition called atherosclerosis.

The researchers found that independent of these risks, plaque in the carotid artery increased in participants as they aged, but the increase was exponential when it came to people's smoking habits and egg-yolk intake. Specifically, people who ate lots of egg yolks had about two-thirds of the amount of plaque buildup as those who smoked cigarettes. The study also found those eating three or more yolks a week had significantly more plaque than subjects who ate two or fewer yolks per week.

Research on eggs has swung between health risks and health benefits in recent years.

Spence said, "The mantra 'eggs can be part of a healthy diet for healthy people' has confused the issue." He added, "It has been known for a long time that a high cholesterol intake increases the risk of cardiovascular events, and egg yolks have a very high cholesterol content."

Spence told CBC News in Canada that a jumbo egg contains 237 mg of cholesterol in it, more cholesterol than is found in a burger with three slices of cheese and four slices of bacon.

He compares the egg industry in Canada to the tobacco industry in its disseminating information on health risks from eating eggs.

"In the long haul, egg yolks are not okay for most Canadians," he said in the press release, adding that anyone at risk for heart disease should not eat egg yolks regularly.

Karen Harvey of the Egg Farmers of Canada countered that claim to the CBC, saying "We have decades of clinical research demonstrating no link between egg consumption and an increased risk of heart disease."

Across the border, Dr. Thomas Behrenbeck, a cardiologist at the Mayo Clinic in Rochester, Minn., wrote in a blog, "Although eating too many eggs can increase your cholesterol, eating four egg yolks or fewer on a weekly basis hasn't been found to increase your risk of heart disease."

According to the American Egg Board, an industry group, more than 40 years of research supports eggs' role in a healthy diet without significantly impacting risk for heart disease. It also cites new USDA research that eggs contain 14 percent less cholesterol than previously thought (now 185 milligrams) and contain higher amounts of vitamin D than previously known.

"Studies demonstrate that healthy adults can enjoy an egg a day without increasing their risk for heart disease, particularly if individuals opt for low cholesterol foods throughout the day," the Board said.