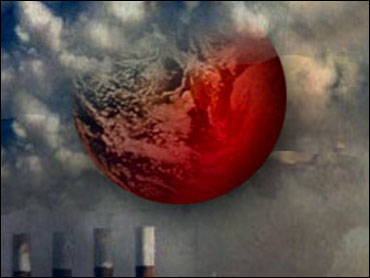 Nine U.S. states have reached a preliminary agreement on an initiative led by New York Governor George Pataki to freeze power plant emissions at current levels and reduce them by 10 percent by 2020.

The New York Times cited a confidential draft proposal in its Wednesday report.

The initiative would be the first of its kind in the nation and comes after the Bush administration rejected joining more than 150 other nations on the Kyoto anti-emissions treaty that aims to regulate the greenhouse gases that contribute to global warming.

Pataki, a Republican who is considering a 2008 presidential run, has opposed the Bush administration's actions and said states should go their own way to reduce greenhouse gas emissions if the federal government would not act.

Pataki aides did not dispute details cited in the Times report, but said not every state had signed off on every element yet.

Pataki said there had been "a tremendous amount of progress" on the proposal, but both he and Massachusetts Gov. Mitt Romney cautioned there was still work to be done before the deal could be finished.

Once a final agreement is reached by negotiators, it would be subject to approval by the legislatures of the nine states.

The regional initiative would create a market-driven system to control carbon dioxide emissions from more than 600 electric generators in the nine states. Utilities that came in under their targets for emission reductions could sell their excess emissions capacity credits to other utilities.

The Times said the emission controls could result in higher energy prices, possibly offset by subsidies and support for the development of new technology that would be paid for with the proceeds from the sale of emission allowances.

The states have been trying to reduce power plant emissions in their own region and elsewhere for more than a decade. Several have sued coal-fired power plants in the Midwest over sulfur dioxide and nitrogen oxide emissions that have been linked to acid rain in the east.

Elsewhere, California, Washington and Oregon have begun exploring a regional agreement of their own.

As outlined in the draft, the regional carbon dioxide control plan would set specific caps on emissions that would drop over time, according to the Times report.

Emissions would be capped at 150 million tons of carbon dioxide a year, a figure about equal to the average emissions in the highest three years between 2000 and 2004.