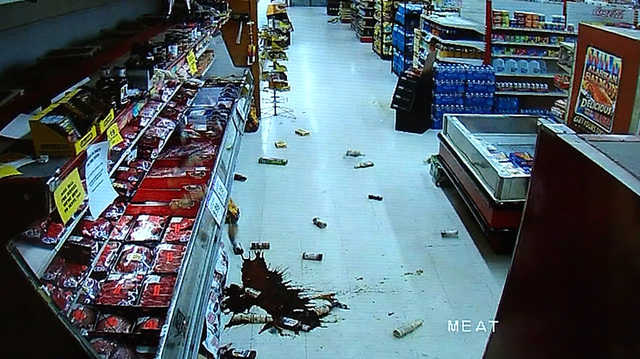 Oklahomans are getting tired of the ground shaking under their feet. Last year, the state set a record for earthquakes with 907 registering a magnitude of 3 or more. It's causing anxiety, damage and residents to rethink one of the state's biggest industries -- oil and gas production -- which scientists say is causing nearly all the quakes. Bill Whitaker goes to Oklahoma, now the capital of earthquake activity in the continental U.S., to report the story for the next edition of 60 Minutes, Sunday, May 8 at 7 p.m. ET/PT.

"I woke up scared to death, praying that the house wouldn't fall down. I couldn't believe that the windows didn't shatter," says Melinda Olbert of a 4.3 quake in Edmund, Oklahoma, in December. She and Kathy Matthews, a friend and Edmund resident, are using smartphone apps to monitor the size and location of quakes around the state. "Cherokee, Enid, Fairview, Medford, Stillwater. All in one 24-hour period; one hour ago, one hour ago, two," Matthews tells Whitaker, who asks whether she is nervous. "It's no way to live. It's no way to live," she says.

Most of the quakes occurring on a daily basis are not as large as the one Olbert felt, but they can cause minor damage. The U.S. Geological Survey says earthquakes in Oklahoma have been rising steadily since 2009 with more than 2,000 of a magnitude of 3 or greater.

Mark Zoback, a professor of geophysics at Stanford University, says the seismic activity is a consequence of oil and gas industry production -- Oklahoma's biggest economic engine. "What we've learned in Oklahoma is that the earthquakes that are occurring in enormous numbers are the result of waste water injection," he says. Wells drilled for the commodities bring up waste water along with the oil and gas that must be disposed of. Well operators send it back down into the earth, deep below freshwater aquifers to a zone that sits on top of the granite basement that is rife with earthquake faults.

"The water pressure is seeping into the faults," explains Zoback. "The fault is clamped shut and the water pressure sort of pushes the two sides of the fault apart and allows the slippage to occur today, when it might not occur for thousands of years into the future." He tells Whitaker the earthquakes will subside only if less water is injected into that deep layer of earth.

Oklahoma is responding to the issue with an earthquake council that contains scientists, including Zoback, and Kim Hatfield of the Oklahoma Independent Petroleum Association. Hatfield says water injection has been going on for decades and is only part of the puzzle. "We need to understand this issue. It's not as simple as saying-- "Well, let's just stop injecting water," says Hatfield. "The energy industry is-- very important to the state."