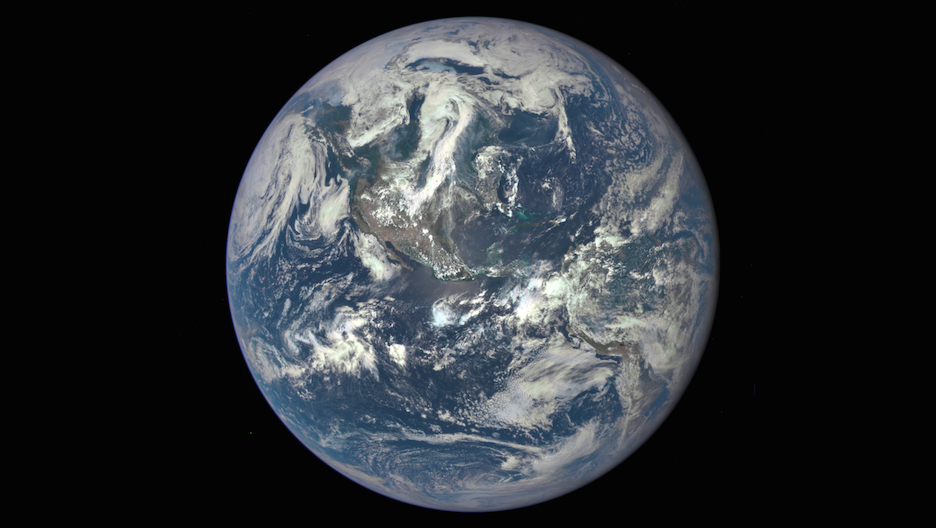 When it comes to the Earth's resources, humanity is doing a pretty dismal job of balancing its checkbook.

In fact, the Global Footprint Network, which tracks humanity's demand on the planet, found that we used up a year's worth of resources in just eight months. Known as Earth Overshoot Day, this marks the point each year when humanity's annual demand on nature exceeds what Earth can regenerate in a year.

At the rate we're going, it would take another half an Earth to provide the natural resources we use in 12 months.

Due to a range of factors from rising populations and growing middle classes in India and China, we have gone from using three quarters of the Earth's annual capacity in 1961 to gobbling it all up by 1970. From there, we began exceeding our yearly allotment, with humanity reaching equilibrium by October in 2000 and Aug. 19 last year.

Based on a seemingly simple formula - dividing the amount of ecological resources the planet is able to provide in a single year by humanity's demand and multiplying by 365 - Global Footprint Network's ecological overshoot is not necessarily an exact date. Rather, it is meant to help inform others of the defining challenge of the 21st century, Mathis Wackernagel, the group's president, said.

"Humanity's carbon footprint alone more than doubled since the early 1970s, when the world went into ecological overshoot. It remains the fastest growing component of the widening gap between the ecological footprint and the planet's biocapacity," said Wackernagel, who co-created the formula.

Most of the world's population lives in countries that require more from nature than their own ecosystems can provide. In order to keep up with their own demand, the Chinese, for example, would need 2.7 Chinas, Americans would need almost two United States and the Japanese would need a whopping 5.5 Japans.

The Global Footprint Network said ecological overspending over the years has been driven by widespread deforestation, freshwater scarcity and changes in the climate that have led to worsening droughts. On top of that has been increasing greenhouse gas emissions in the atmosphere from the burning of fossil fuels, which has led to record temperatures and widespread heat waves around the world.

The carbon footprint, it said, was inextricably linked to the other components of the ecological footprint -- cropland, grazing land, forests and productive land built over with buildings and roads. All these demands compete for space. As more is being demanded for food and timber products, fewer productive areas are available to absorb carbon from fossil fuel. This means carbon emissions accumulate in the atmosphere rather than being fully absorbed.

Despite concerns about the state of the planet, the group said there was hope in the form of a U.N. climate agreement that will be negotiated later this year in Paris. The agreement is expected to call for keeping warming within 2 degrees Celsius (3.6 degrees Fahrenheit) over pre-Industrial Revolution levels, something the group says would require nations to completely phase out fossil fuels by 2070.

"The global agreement to phase out fossil fuels that is being discussed around the world ahead of the Climate Summit in Paris would significantly help curb the ecological footprint's consistent growth and eventually shrink the footprint," Wackernagel said.

The other bright spots, the group said, are technology making agriculture more efficient and the growth of renewables such as solar and wind. Pointing to Denmark, which has cut its emissions 33 percent in the past two decades, the group said it was feasible that countries could make double-digit cuts in their emissions by 2030 per the recommendations of the U.N.'s Intergovernmental Panel on Climate Change.

"We are encouraged by the recent developments on the front line of renewable energy, which have been accelerating worldwide, and by the increasing awareness of the finance industry that a low-carbon economy is the way of the future," Wackernagel said. "Going forward, we cannot stress enough the vital importance of reducing the carbon footprint, as nations are slated to commit to in Paris. It is not just good for the world, but increasingly becoming an economic necessity for each nation. We all know that the climate depends on it, but that is not the full story: Sustainability requires that everyone live well, within the means of one planet.