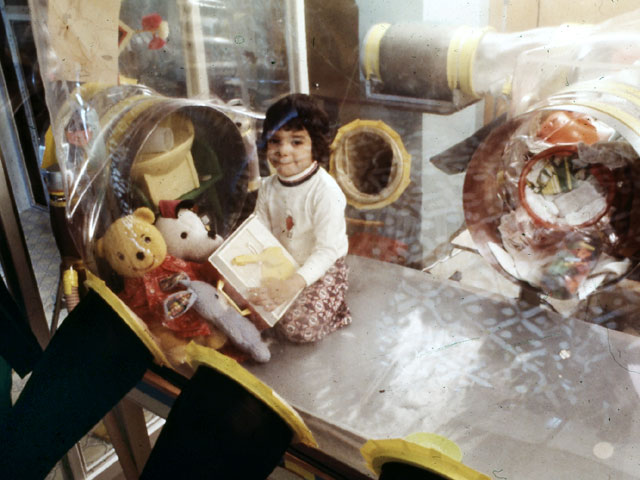 Babies born with so-called "bubble boy" disease can often be cured with a stem cell transplant, regardless of the donor -- but early treatment is critical, a new study finds.

Severe combined immunodeficiency (SCID), as the condition is medically known, actually refers to a group of rare genetic disorders that all but eliminate the immune system. That leaves children at high risk of severe infections.

The term "bubble boy" became popular after a Texas boy with SCID lived in a plastic bubble to ward off infections. The boy, David Vetter, died in 1984 at the age of 12, after an unsuccessful bone marrow transplant -- an attempt to give him a functioning immune system.

Today, children with SCID have a high chance of survival if they receive an early stem cell transplant, researchers report in the July 31 issue of the New England Journal of Medicine.

In the best-case scenario, a child would get stem cells -- the blood-forming cells within bone marrow -- from a sibling who is a perfect match for certain immune-system genes.

But that's not always an option, partly because kids with SCID are often their parents' first child, said Dr. John Cunningham, director of hematopoietic stem cell transplantation at the University of Chicago Comer Children's Hospital. He was not involved in the study.

In those cases, doctors typically turn to a parent -- who is usually a "half" match, but whose stem cells can be purified to improve the odds of success. Sometimes, stem cells from an unrelated, genetically matched donor can be used.

The good news: Regardless of the donor, children with SCID can frequently be cured, according to the new findings. But early detection and treatment is vital.

"These findings show that if you do these transplants early -- before [the age of] 3.5 months, in a child without infection -- the results are really quite comparable to what you have with a matched sibling," said lead researcher Dr. Richard O'Reilly, chief of the pediatric bone marrow transplant service at Memorial Sloan-Kettering Cancer Center in New York City.

O'Reilly and his colleagues reviewed the cases of 240 infants treated for SCID at 25 U.S. centers between 2000 and 2009. They found that the babies had the best chance of survival if they received a transplant within the first few months of life.

When that happened, 94 percent of children were alive five years later. And survival rates were high -- 77 percent to 93 percent in children without active infections -- even if the donor was not a matched sibling.

If that early time window was missed, infants still had good survival odds if their transplant was done before they developed any infections: Overall, 90 percent were alive five years later, the investigators found.

In contrast, the poorest survival was seen among babies who were older than 3.5 months and had an active infection at the time of their transplant, the study authors noted. Of those 91 children, half died.

"Early diagnosis really makes for the best outcomes," O'Reilly said. "If we focus on that, we might get close to eradicating this."

Early diagnosis is becoming more common because there is now a newborn screening test. In 2010, U.S. health officials recommended that states include SCID in their newborn screening panels. So far, 21 states and the District of Columbia have done so, according to the Immune Deficiency Foundation, a nonprofit that is tracking the trend.

SCID is rare: In the United States, an estimated 40 to 100 babies are born with the condition each year, according to the U.S. National Institutes of Health.

O'Reilly noted that some have questioned whether newborn screening is "worth it."

Cunningham agreed. "Every state should institute newborn screening, because the outcomes are so good with early transplants," he said.

Once a child has survived five years, it's essentially considered a "cure," Cunningham noted. In the long run, those kids do well, he said -- though some need to keep taking immunoglobulin, either through a monthly IV treatment or more frequent self-injections, to prevent infections.

Researchers are also studying gene therapy for SCID, with some promising results so far.

"Stem cell transplant is the gold standard," Cunningham noted. "Gene therapy would have to come up to that standard."

But even though early transplants are often successful, Cunningham said he thinks there is a place for gene therapy -- and, in general, room for improvement in SCID treatment.