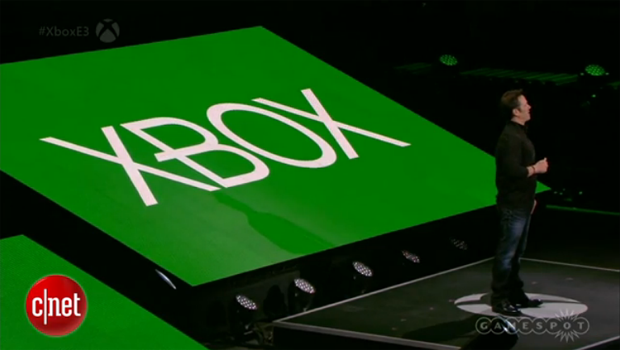 The takeaway: Trust us, we've listened and learned since last year -- the Xbox One entertainment vision is in the backseat, and it's now all about the games.

"You are shaping the future of Xbox and we are better for it," said Xbox head Phil Spencer, the first Microsoft executive to take the stage before the conference launched into its first demo, a gameplay showing of Call of Duty: Advanced Warfare. "We are dedicating our entire briefing to games," he added to strong applause.

So began a press conference where barely a sliver of time was dedicated to even acknowledging the existence of the Kinect camera and motion sensor, which was unbundled from the Xbox One last month, or any of Microsoft's original television programming or entertainment features.

For Xbox One, confirming what we already knew, with a few surprises

The slew of expected demos and trailers included Xbox One exclusives Sunset Overdrive -- which now has a release date of October 28 -- Forza Horizon, and Dead Rising 3, which Microsoft announced would be available starting today. The moral-focused fantasy role-playing game Fable was also given screen time for its new cooperative installment, Fable Legends.

Stressed out? TV, video games may not relax you

Of course, Halo 5: Guardians was one of the central highlights of the conference, though its release date still remains ambiguous at sometime next year, with history telling us fall 2015. In place of any substantial new info, developer 343 Industries announced Halo: The Master Chief Collection, which will include a multiplayer beta for Guardians.

"On November 11, 2014, you can play the entire Master Chief saga on a single console with Xbox One," said Bonnie Ross, head of 343. Beyond the beta, the collection will include Halo: Combat Evolved, Halo 2, Halo 3, and Halo 4. The games will all run at 60 frames per second, 1080p, and the collection will retain the original Halo 2 multiplayer, a longtime jewel of the series' original Xbox roots that many players have clamored for since the franchise made the jump to Xbox 360 with Halo 3.

"Halo launched the original Xbox, Halo launched Xbox Live and Halo was a cornerstone of the Xbox 360," Spencer said after returning to the stage following 343.

Microsoft also threw in a short stint on independent games, highlighted by the reveal of a new exclusive from Limbo developers Playdead Studios. Developers of the indie variety have been an increasingly important focus for Microsoft in 2014. After the company was forced to play catch-up against Sony -- which brought indie developers onstage way back at the February 2013 unveiling of the PS4 -- Microsoft has been making a more substantial effort with its ID@Xbox publishing program, courting small developers like Asher Vollmer of mobile sensation Threes, which is coming to Xbox One later this year. That said, Microsoft didn't spend too long on indies, and fans didn't get refreshed glimpses of any of the confirmed higher-profile Xbox One exclusives like Capybara Games' Below, let alone see an indie developer onstage.

When it comes to other large, third-party properties slated for late 2014 and 2015, Microsoft showed off a gameplay demo of CD Projekt RED's The Witcher 3: Wild Hunt. And ahead of publisher Ubisoft's press conference later today, fans even got gameplay demos of the next title in the revisionist history series Assassin's Creed -- titled Unity and set during the French Revolution -- and Tom Clancy's The Division. Both are high-profile, multi-platform Ubisoft games, with the latter delayed until 2015. Assassin's Creed Unity is on track for its now-standard annual fall release.

Previously unannounced titles were in short supply, peppered throughout the conference with nothing but short videos and the flash of a title screen. Microsoft showed off a trailer for the sequel to last year's successful Tomb Raider reboot from Square Enix, and there was also a reveal of a fighting title called Phantom Dust. Trailers for a dragon-focused Xbox One exclusive action game, Scalebound, from Bayonetta-creator Platinum Games and the much-anticipated sequel to the open-world, crime-fighting game Crackdown made appearances as well to finish off the game announcements.

This year, a different Xbox One

Last summer marked a trying time for Microsoft as the company headed into E3 only a month after unveiling the Xbox One at a dedicated event in May 2013. It was then -- as well as the days and weeks after E3 in June -- that Microsoft began stumbling on its corporate messaging, with executives unable to state clearly which elements of its next-gen console would be more restrictive than the last.

The backlash was immediate. Microsoft soon began walking back its policy shifts, including the requirement that players connect to the Internet once every 24 hours and keep the Kinect motion camera and sensor peripheral plugged in and powered on to use the console. In the wake, Don Mattrick, now CEO of social games company Zygna, left his role as president of Microsoft's interactive entertainment department. Spencer, once solely responsible for Microsoft's game development arm, has since assumed that role in the form of Xbox division head.

Microsoft's Xbox One vision one year later is starkly different. While the Kinect remains intact, its importance has been scaled down drastically since the console's launch. Xbox One now sells as a standalone unit for $399 after the bold Kinect unbundling shift in May that put the console in price parity with Sony's competing PlayStation 4. That choice, while consumer friendly, undermined the original Xbox One vision for a motion and controlled living-room experience that moved beyond games.

Still, Microsoft seems content with that pivot, having lost serious ground in worldwide sales to the PS4 with its options few and far between. Sony's last sales figures put its console at 7 million units sold to consumers globally, while Microsoft has only announced that it's sold to retailers 5 million units. Since the unbundling of the Kinect, sales figures have yet to be released.

"We will continue to listen to you -- our community -- and continue to make Xbox for you. That's not just my personal commitment but the commitment of the entire Xbox team," Spencer said, taking the stage to close out the 90-minute event.

"Thank you for making your voice heard and thank you for helping us shape the future of the new Xbox."