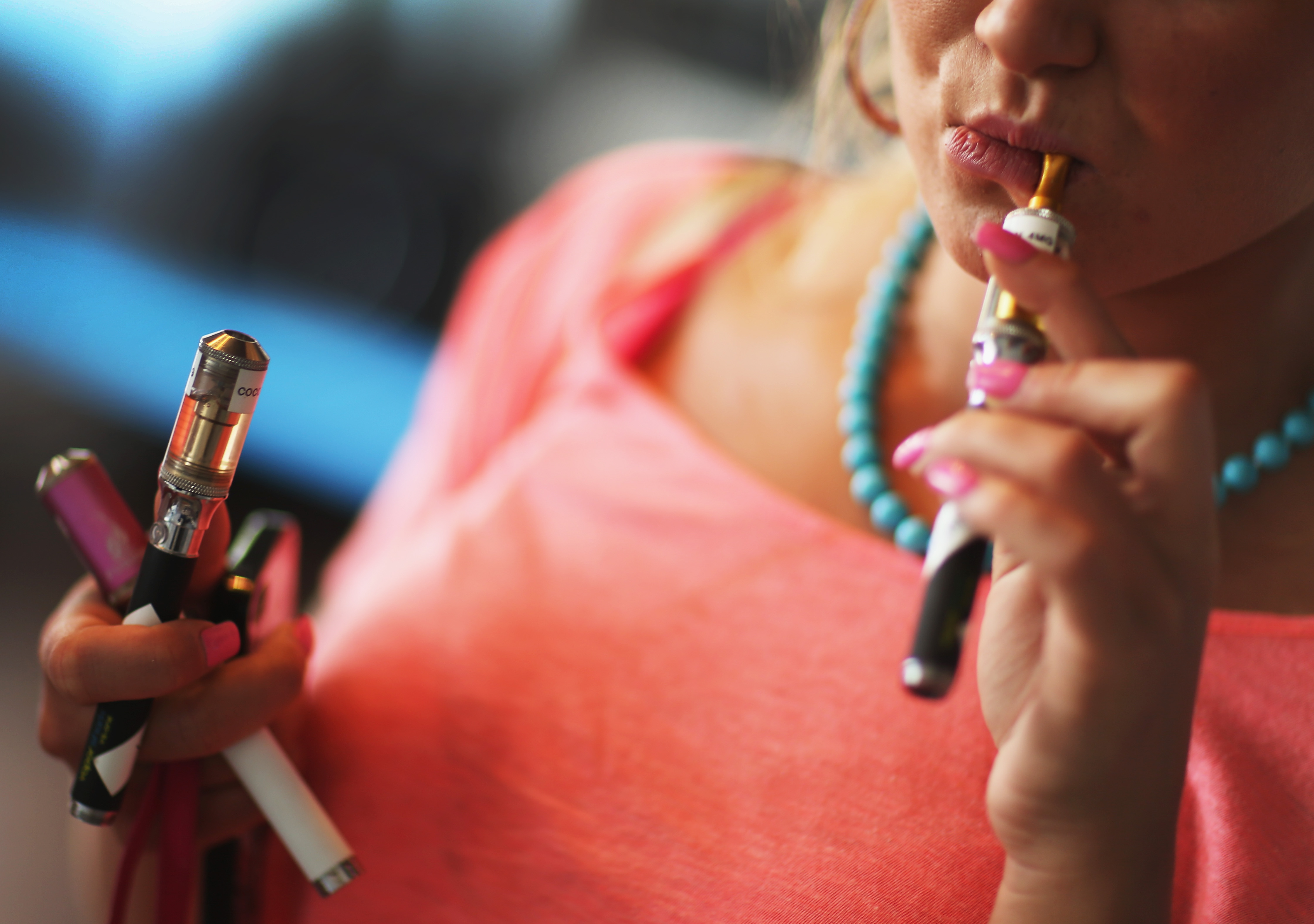 And those kids who are exposed seem to suffer worse health effects than those exposed to traditional cigarettes, the study authors added.

The biggest threat with e-cigarettes appears to be the nicotine liquid inside the devices, the researchers said.

"If this were an infectious disease, this would be headlines across the country," said Dr. Gary Smith, director of Nationwide Children's Hospital's Center for Injury Research and Policy in Ohio. He noted that the number of e-cigarette exposures in kids jumped 1,500 percent from 2012 to 2015.

"E-cigarettes and liquid nicotine can cause serious poisoning, and even death, among young children," he said. "Like other dangerous poisons, they should be kept out of sight and reach of children, preferably in a locked location."

The research, published online May 9 in the journal Pediatrics, follows last week's ban by the U.S. Food and Drug Administration on the sale of e-cigarettes to minors because of numerous health concerns in this vulnerable age group.

"This final rule is a foundational step that enables the FDA to regulate products young people were using at alarming rates, like e-cigarettes, cigars and hookah tobacco, which had gone largely unregulated," Mitch Zeller, director of the FDA Center for Tobacco Products, said during a May 9 media briefing announcing the ban.

Smokers have flocked to e-cigs in recent years. The battery-powered devices heat up fluid until it becomes vapor, which is then inhaled. The fluid includes nicotine and other ingredients, such as flavors and chemicals.

The researchers analyzed calls to the National Poison Data System about nicotine and tobacco products from January 2012 to April 2015. They focused on calls about kids under the age of 6.

"Information about the circumstances of the exposure were only available for about 5 percent of these cases," Smith said. "Among these, approximately 40 percent of the time, the liquid nicotine was stored within sight of the child."

In 2 percent of the e-cigarette cases, the kids suffered a moderate effect (71 cases) or a major effect (5 cases). There was also one death. There was no effect in almost half the cases and a minor effect in 22 percent. The effect wasn't clear in the other cases.

Kids were admitted to health care facilities in 2 percent of cases, compared to 0.3 percent of cigarette exposure cases.

The child who died, he said, consumed a homemade nicotine liquid concoction that's much stronger than retail versions that are easily available in the United States. And, he added, laundry detergent pods and prescription medications are bigger poisoning risks to kids.

He also pointed to statistics from the American Association of Poison Control Centers that report only 623 cases of exposure to e-cigarettes and liquid nicotine across all age groups from January to April of 2016. That's compared to about 3,000 in 2015 and almost 4,000 in 2014.

Conley believes the numbers have dropped because of publicity about the risk. A congressional law mandating childproof e-cigarette packages will take effect later this year and provide even more protection, he added.

But Smith said more needs to be done.

"Other prevention steps include prohibiting the use of flavors, as was done for cigarettes since 2009, restricting the use of packaging and labeling attractive to children, ensuring that liquid nicotine compartments on e-cigarettes are child-resistant, and limiting the concentration and/or quantity of nicotine in refill products," he said.

So what should people who use e-cigarettes, called vapers, do if kids under 6 are nearby?

"Liquid nicotine needs to be treated like any other poison in your home," said report co-author Henry Spiller, director of the Central Ohio Poison Center at Nationwide Children's Hospital in Columbus. "If you vape, store vaping supplies, especially refill containers, up, away and out of sight, preferably in a locked location. Don't leave them lying around on the coffee table, in the cup holder in your car, or in your purse."

Smith cautioned vapers to be aware that kids may be attracted by the smell and colors of e-cigarettes. If a child has been exposed, he said, call the Poison Help Line immediately, at 1-800-222-1222.