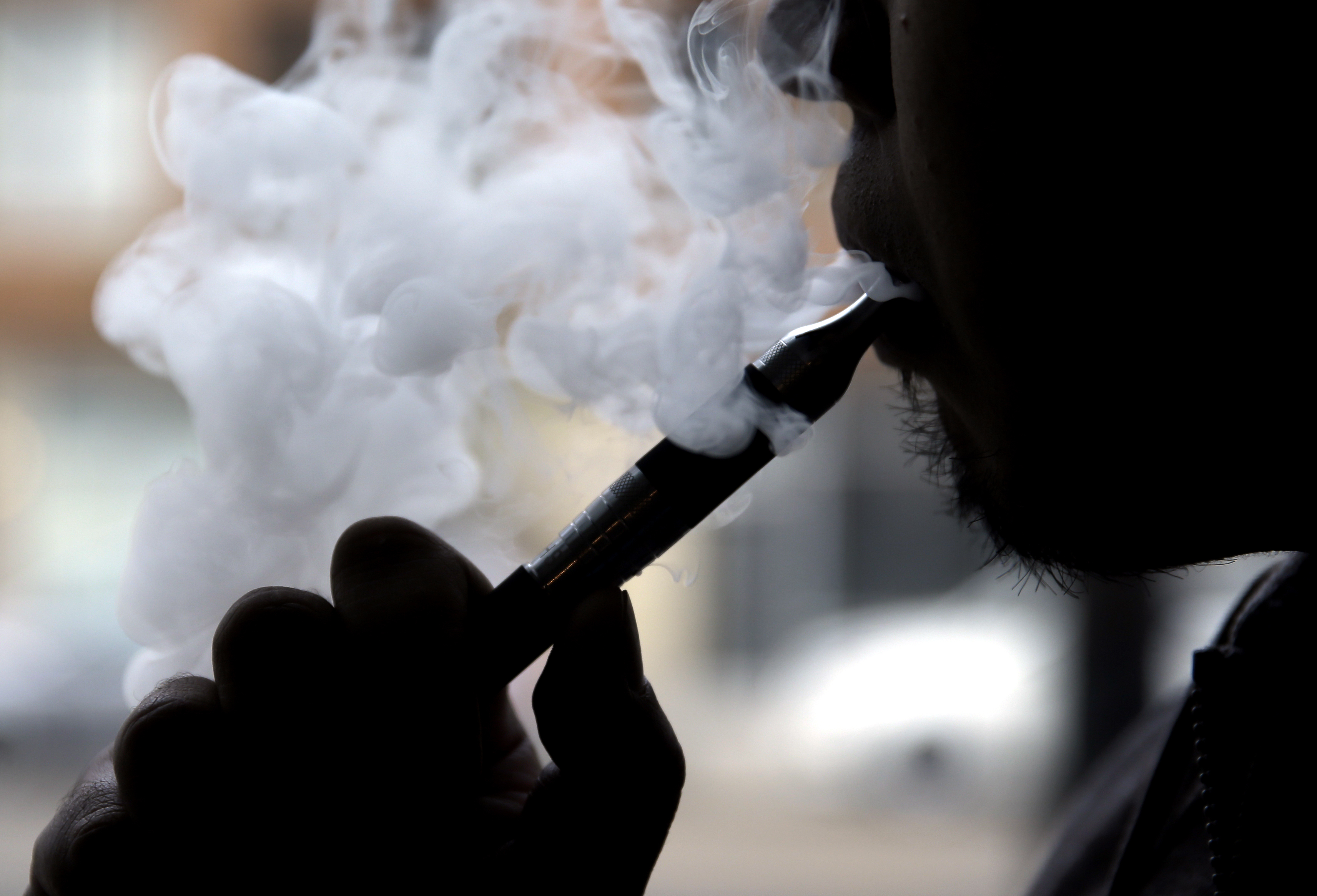 Hundreds of electronic cigarette brands will have to undergo federal review to stay on the market under new rules that have the potential to upend a multi-billion dollar industry attempting to position itself as an alternative to traditional cigarettes.

The Food and Drug Administration on Thursday released long-awaited rules that bring the burgeoning industry under federal oversight.

The changes will ban e-cigarette sales to people under 18 and require new health warnings. In a shift vigorously opposed by the industry, manufacturers must seek federal permission to continue marketing all e-cigarettes launched since 2007, making up the vast majority of the market.

Most companies will have to submit premarket applications that will undergo review to assess their impact on the "public health." Those that don't submit the required information or don't meet federal standards would have their products removed from the market.

E-cigarettes are battery-powered devices that turn nicotine into an inhalable liquid vapor. Though nicotine can be addictive, e-cigarettes lack the chemicals and tars of burning tobacco.

Yet the devices haven't been extensively studied and there's no scientific consensus on any potential benefits or harms from "vaping," including whether it leads young people to become regular smokers.

The FDA action comes five years after the agency first announced its intent to regulate e-cigarettes and more than two years after it floated its initial proposal.

"Ending the tobacco epidemic is more urgent than ever, and can only happen if the FDA acts aggressively and broadly to protect all Americans from all tobacco products," said Harold Wimmer, president of the American Lung Association.

In a tweet, Sylvia Burwell, Secretary of Health and Human Services called the move a "historic step" to help "improve public health & protect future generations from the dangers of tobacco."

"[These] rules... help protect children and give adults the information they need to make informed decisions," she said in a video posted to Twitter.

The American Academy of Pediatrics praised the rules as "a welcomed starting point," but said the FDA didn't go far enough to protect children. "FDA passed up critical opportunities in this rule by failing to prohibit the sale of tobacco products coming in flavors like cotton candy, gummy bear and grape or to prevent marketing tactics that target children," the doctors' group said in a statement.

The new requirements are likely to set up a legal showdown with manufacturers, many who have warned that the costs of complying with FDA regulation could wipe out their industry.

The agency has stumbled before in its efforts to regulate the space. In 2010, a federal appeals court threw out the agency's plan to treat e-cigarettes as drug-delivery devices, rather than tobacco products. The ruling was seen as a win for manufacturers who opposed the stringent and expensive requirements of conducting pharmaceutical-style studies.

House Republicans are pushing industry-backed legislation that would prohibit the FDA from requiring retroactive safety reviews of e-cigarettes that are already on the market and exempt some premium and large cigars from those same regulations. E-cigarette products introduced in the future would still undergo the safety reviews.

Lawmakers on Capitol Hill have long enjoyed a close relationship with the tobacco industry, which has already given more than $1.8 million to members of Congress this election cycle, according to the Center for Responsive Politics.

The FDA first gained authority to regulate some aspects of cigarettes and other traditional tobacco products under a 2009 law. But since e-cigarettes do not actually contain tobacco, they were not covered by the original law.

In April 2014, the FDA first proposed bringing e-cigarettes and other nontraditional tobacco products under its authority, including cigars, hookahs, nicotine gels and pipe tobacco. The agency was expected to finalize that proposal last June, but the deadline slipped for months due to industry resistance.

E-cigarettes sales grew to an estimated $3.5 billion in 2015, according to Wells Fargo. After ballooning in over several years, sales have recently begun to slow due to negative publicity and questions about safety. Retail sales are dominated by a handful of traditional tobacco companies, including Reynold's American's Vuse and Imperial Tobacco's blu brands. Those products are sold nationwide at convenience stores and gas stations.

Hundreds of smaller companies sell more specialized products -- often with refillable "tanks" and customized flavors -- at vape shops and over the Internet. That space alone may be worth $2 billion in sales, according to estimates, though precise figures are not available.