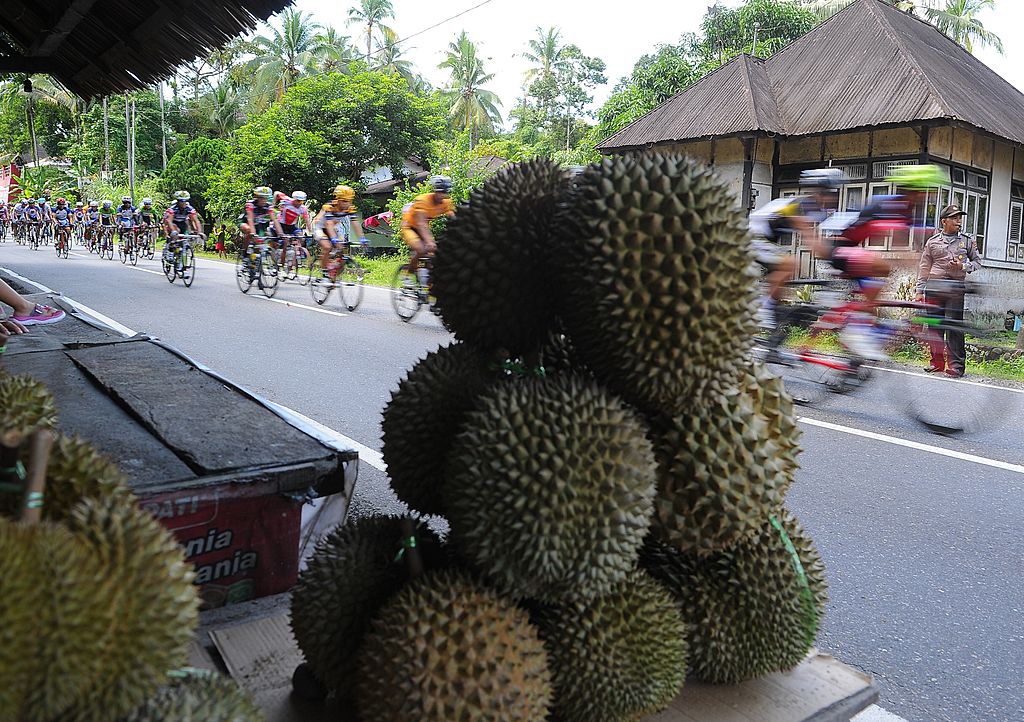 If you think putting pineapple on pizza is sacrilege, you may shudder at what Pizza Hut is doing to innocent pies in China.

It's called durian pizza, made with the unmistakably pungent -- some would some revolting -- spiky greenish-brown fruit known as "the King of Fruits." The basketball-sized durian was memorably described by Julia Child as reminiscent of "dead babies mixed with strawberries and Camembert," according to The Wall Street Journal.

So what's it doing on pizza? Though it's smelly, the durian's smooth, succulent flesh is adored by many in Asia. What's more, when placed on a pizza pie, the fruit's overpowering flavor becomes less so, to some people's dismay, thanks to its submersion in cheese and dough.

A cafe in Shanghai seems to have been the first to try its hand at selling durian pizza in 2013, and it was a hit, selling about 70 pies a day, the Journal noted. A bakery in Singapore has also experimented with the product.

Pizza Hut tested out the concoction in the southern province of Guangdong before rolling it out in several Chinese cities this year. And it reportedly has "created a lot of buzz" with Chinese consumers and been a hit in the south.

Prices range between 59 yuan ($9) for a half-durian, half-Hawaiian pizza and 97 yuan for a stuffed-crust durian pizza.

So how's it taste? It depends who you ask. Of the 10 Wall Street Journal staffers who taste-tested the durian pizza, four gave the dish a thumb's up, three were decidedly unimpressed and three pronounced the concoction as "interesting," the newspaper reported.

Durian pizza is just the latest in a seemingly endless array of foods geared to foreign palates, such as McDonald's McChoco Potato, which debuted earlier this year in Japan. The menu item consists of "McDonald's French fries drizzled with two types of chocolate sauces -- chocolate with cacao flavor and white milk chocolate," which "creates a wonderful salty and sweet harmonious taste."

We'll take MickeyD's word for it.

Other odd food combos in recent years include:

6 toys your kid will want this year