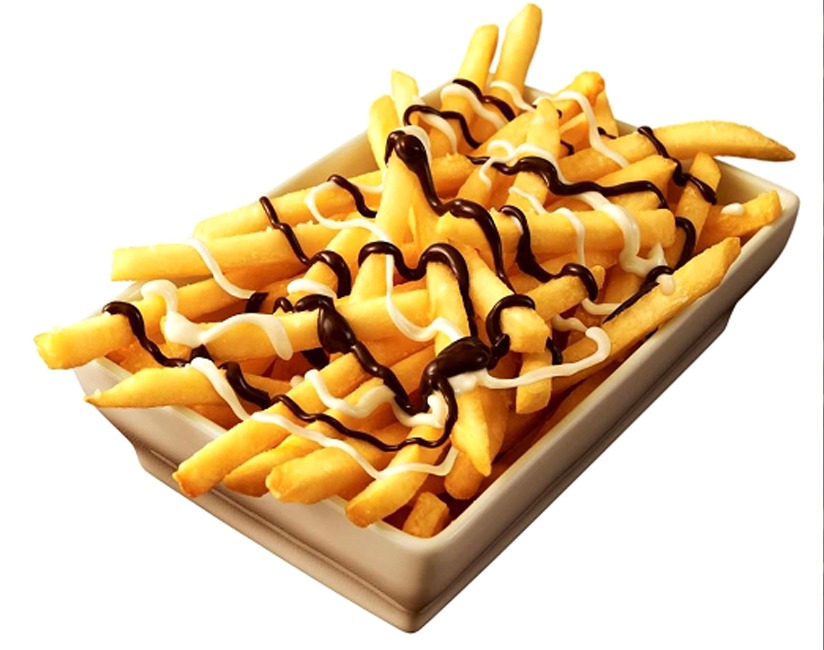 Japan has long enchanted visitors drawn to its refined artistic sensibilities, visible in the stylized beauty of bonsai trees, exquisitely patterned kimonos and jewel-like sushi. And now nipponphiles can ponder the latest cultural offering from the Land of the Rising Sun: the McChoco Potato.

Or in haiku form:

Fries in chocolate/drizzled white milk and cacao/so salty so sweet.

The world's largest restaurant chain famously tweaks its menu to suit local tastes. In India, for example, McDonald's fans can tuck in to a tangy McAloo Tikki, while Egyptians might go for a McArabia Grilled Kofta, or meatballs served with tahini sauce, along with some other trimmings, and enclosed in pita bread.

McDonald's Japan, in particular, has served as a bit of a test lab for the company. Over the years, McDonald's Japan has rolled out items such as the shrimp burger, mega tamago and, as Google Translate describes it, the "cream stew pie," which presumably is better than it sounds.

A McDonald's spokeswoman said by email that, for now, it has no plans to introduce the McChoco Potato in the Land of the Expanding Waistlines here in the U.S.

Plan on winning Powerball? Dos and dont's if you do

​Why Hawaii's sugar plantations have disappeared