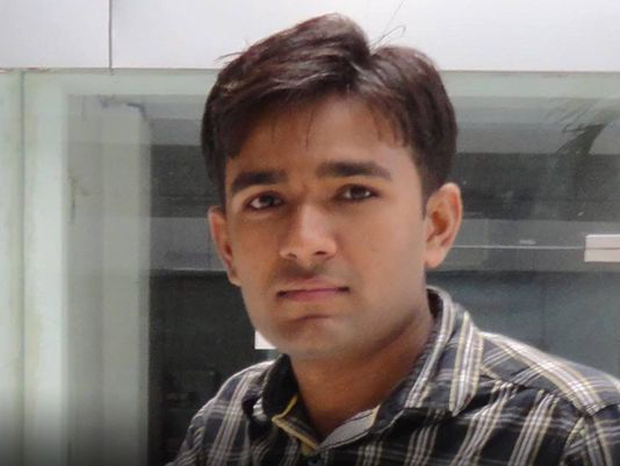 HANOVER, Md. -- A Maryland man suspected of killing his wife April 12 inside a Dunkin' Donuts where they both worked is still on the run, and a $20,000 reward is now being offered for information that leads to an arrest, reports CBS Baltimore.

Investigators say 24-year-old Bhadreshkumar Chetanbhai Patel was working with his wife, 21-year-old Palak Bhadreskumar Patel, in a Dunkin' Donuts in Hanover, southwest of Baltimore, when the two got into a dispute. Police allege the man stabbed his wife multiple times with a large kitchen knife, reports the station.

An officer responding to a complaint that no employees were present at the shop reportedly found the woman's body in the kitchen. There was no sign of her husband.

Investigators say the suspect may have fled the state, and the FBI is assisting in the investigation.

Investigators believe Patel came back to his apartment near the Dunkin' Donuts and got his passport, issued in India. A cab driver told authorities she picked him up near the shop and drove him to Newark, New Jersey, to a hotel near Newark International Airport.

The FBI, however, doesn't believe Patel would have been able to board a flight.

"If this person shows up, they're not going to get on a flight. We have an active federal arrest warrant. They'll be placed in custody," FBI Special Agent Steve Vogt told the station.

Investigators say a surveillance camera captured Patel at Penn Station in Newark, but the trail has gone cold. Patel had a previously listed address in New Jersey, according to the station.

He was born in India and was in the U.S. legally, but his visa expired in March 2015, according to the FBI.

Patel is charged in Maryland with first and second-degree murder, and also faces a federal charge of unlawful flight to avoid prosecution.

Anyone with information about Patel or his whereabouts is asked to call 1-800-CALL-FBI. Tipsters may be eligible for a reward of up to $20,000 for information leading to his arrest.