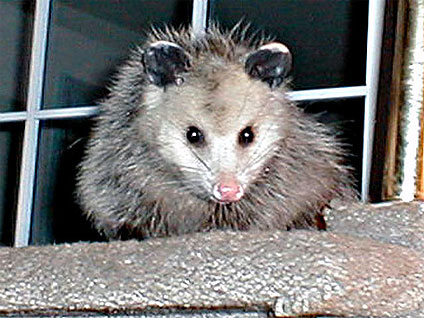 PUNXSUTAWNEY, Pa. (CBS/AP) When police found Donald Wolfe, he was giving mouth-to-mouth "resuscitation" to a long-dead opossum along a major highway, according to officials.

Trooper Jamie Levier says several witnesses saw the 55-year-old Brookville, Pa. man kneeling before the roadkill and gesturing as though he were conducting a seance, while another saw the mouth-to-mouth attempt.

Levier says Wolfe was "extremely intoxicated" and "did have his mouth in the area of the animal's mouth...I guess."

Wolfe was charged with public drunkenness.

Crimesider could not locate a home telephone number for Wolfe to request a comment.

The trooper said Wolfe was spotted along Route 36 in Oliver Township, about 65 miles northeast, of Pittsburgh, Thursday about 3 p.m.