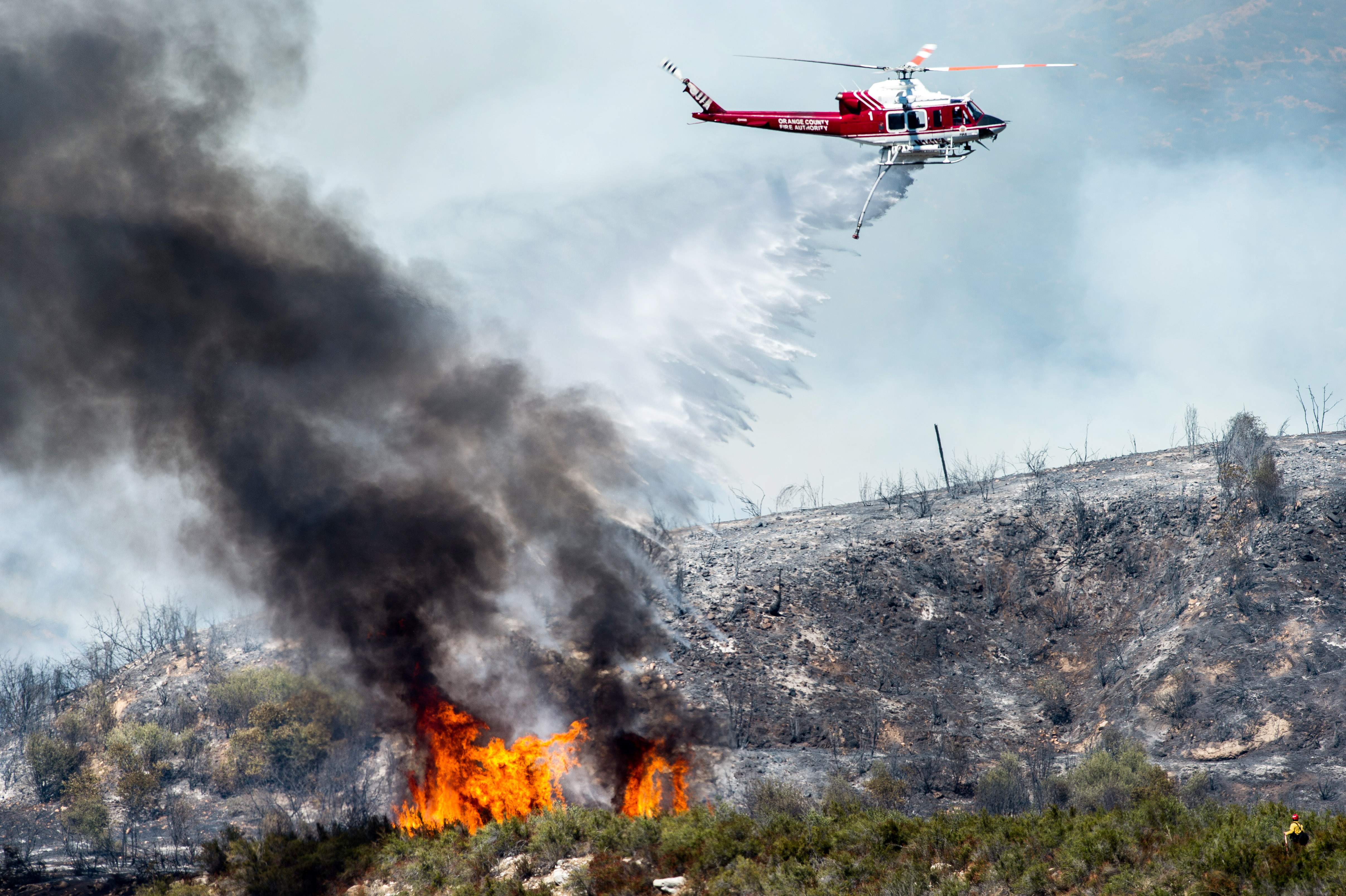 Dozens of fires burning in the West are tearing through thousands of acres and forcing people from their homes. From California to Washington, more than 80 major wildfires were burning as of Monday morning.

One person died in Idaho while preparing to evacuate.

Severe drought and scorching heat have turned much of the western U.S. into a tinderbox.

Fires in central Washington have already ripped through nearly 100,000 acres, reports CBS News' Danielle Nottingham. The flames tore through a lumber yard in Chelan and are threatening to do the same to more than 150 homes. Some 1,500 people there have been forced to evacuate. At least six wildfires have surrounded the city.

More than 700 firefighters have poured into the area, armed with air tankers dumping fire retardant, hoping to keep the flames from tearing down the popular tourist area.

"It was a panic zone but still we had enough time, people coming up and just telling us, 'Hey, man, it's heading your way, get out,'" Mike Walsh said.

Calm winds should help fire fighters as they try and stay ahead of the fast moving flames. Crews were trying still to restore power for some of the 9,000 people left in the dark this weekend.

At least two more wildfires were sparked in California Sunday.

Super scooping planes picked up water near beach-goers to help fight the Lincoln Fire outside Los Angeles. Firefighters battled triple-digit temperatures as they tried to keep the flames from jumping a highway.

Voluntary evacuation orders were issued for people nearby.

Sunday's flames in Southern California burned down several structures and left 10 fire fighters injured, some from heat exhaustion and dehydration.