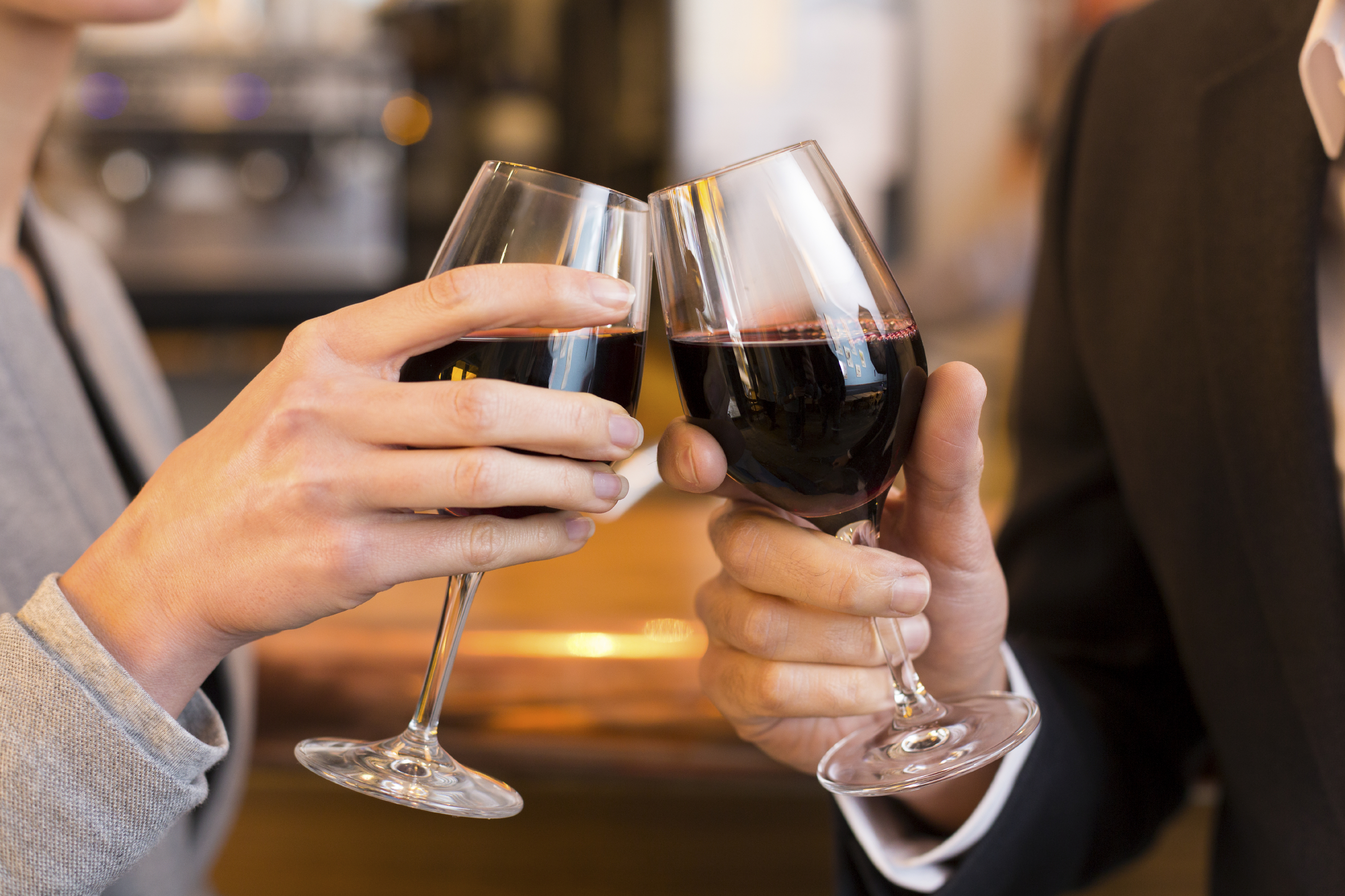 A person looking for information on what drinking alcohol means for their health will find a lot of contradictory research. There is, of course, mounds of evidence that excessive alcohol consumption is bad for you. But there are also many studies that indicate drinking alcohol in moderation may safeguard a person from some serious conditions, especially those related to heart health.

The latest study tout the benefits of imbibing finds a modest amount of alcohol -- one drink a day -- can protect a person from heart failure later on in life.

The study, published in the European Heart Journal, involved 14,629 adult men and women. It found that drinking up to seven alcoholic beverages per week could reduce the risk for heart failure by 20 percent for men and 16 percent for women.

"These findings suggest that drinking alcohol in moderation does not contribute to an increased risk of heart failure and may even be protective," Dr. Scott Solomon, a professor of medicine at Harvard Medical School and senior physician at Brigham and Women's Hospital, said in a press release. However, he added, "heavy alcohol use is certainly a risk factor for deaths from any cause."

The study participants, all between the ages of 45 and 64 years old, were divided into six categories: people who drank up to seven alcoholic beverages a week; those who had between 7 and 14 a week; between 14 and 21 drinks per week; more than 21; as well as former drinkers and abstainers. A single drink was defined as 14 grams of alcohol, which is equivalent to approximately half a pint of beer, a small glass of wine or a single shot of hard liquor such as whiskey or vodka.

The researchers followed the study participants from the late 1980s until the end of 2011, by which time 1,271 men and 1,237 women had developed heart failure. The researchers found the lowest rate of heart failure was among those who had seven drinks per week. The study also found that the protective benefits of alcohol were slightly stronger for men than for women.

"There are a number of different mechanisms by which the effects of alcohol on the heart may differ by sex," write the researchers in their study. "Women have a higher proportion of body fat and absorb and metabolize alcohol differently than men, attaining higher blood alcohol concentrations for a given amount of alcohol consumed."

When it comes to alcohol and health, more is not better. The study found that heavier alcohol consumption -- 14 or more drinks per week -- did not appear to offer a protective benefit, regardless of gender. When the researchers looked at data on all causes of death, the heaviest drinkers had the highest increased risk for mortality from any cause: 47 percent for men and 89 percent for women who consumed 21 or more drinks a week.

The study also found the highest rate of heart failure was among former drinkers. "This could be related to the reasons why they had stopped drinking in the first place, for instance because they had already developed health problems that might have made them more likely to go on to develop heart failure," Solomon said.

Monkeypox in Europe: Where it is and how authorities are reacting
Jessica Firger