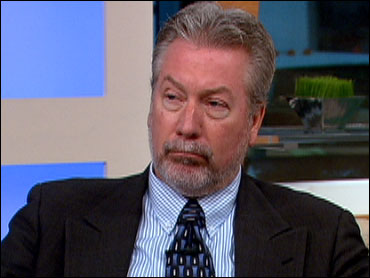 Drew Peterson says he told the truth during a recent polygraph test and has no idea why results showed he was being deceptive on three occasions.

Peterson, a former Bolingbrook, Ill. Police sergeant, has been named a suspect in the October 2007 disappearance of his fourth wife, Stacy Peterson.

His third wife, Kathleen Savio, was found dead in a bathtub in the couple's home in 2004. Her death -- at first ruled an accident -- was recently ruled a homicide after her body was exhumed.

When Stacy Peterson, 23, vanished, Bolingbrook residents searched in vain for the mother of two. And some in the community voiced suspicions. Sharon Bychowski, a friend of Stacy's, said at the time, "She did say to many of us, not just to me in confidence, but many of us, that if anything happened to her, it was not an accident. He killed her."

Drew steadfastly maintained that Stacy had run off. But police doubted his story and elevated him from person of interest to official suspect.

In May, Peterson took a lie detector test, at the request of author Derek Armstrong.

The results, published in a new book by Armstrong, "Drew Peterson Exposed," show Peterson as being deceptive on three occasions when asked about Stacy's disappearance: when he was asked about the last time he saw her, if he knows her whereabouts, and about a supposed phone call from Stacy saying she was leaving him.

"First off," she began, "most of the responses to that polygraph indicate you were not involved in your wife's disappearance. But I also want to give you the chance to respond to those that could be incriminating. You were asked if the last you saw Stacy was before you went to bed, you said, 'Yes.' The machine says you were deceptive. Why?"

"I have no idea," Peterson replied. "I answered the questions truthfully and why it showed up that I was deceptive, I have no idea.

"Did Stacy call you and tell you she was leaving? You said, 'Yes,' the machine says 'deceptive.' "

"Again," Peterson answered, "that's what happened, and why it came up deceptive, I just can't answer for that."

"You said she called you the night she disappeared and said she had run off with another man?"

"Do you feel she's out there with another man, hasn't called anyone, left her children behind? Dropped off the face of the planet, and no one's has each seen her?"

"I believe that a hundred percent without a doubt."

"Do you realize how farfetched that sounds?"

"It sounds farfetched, but it happens, so I really can't answer for where she is or what she's doing or anything like that."

Peterson said Stacy told him during that last phone call, "She found somebody else and she was leaving so told me where she left her car."

"She told you where she left her car?"

"Why would she do that?"

Peterson said Stacy wasn't the kind of person who would just leave her kids like that, "which makes it kind of peculiar that all this is happening. She loved her children."

"That was on and off. Sometimes, she actually -- we were planning to move to California or Arizona to get away from her family because of the kind the trouble, some issues they were involved in. So, one minute she loved them and one minute, she wanted to get away from them, so I again can't answer for what was going on in her head at the time."

That phone call wasn't the first sign of trouble in the marriage, Peterson told Rodriguez: "She would indicate that she wanted a divorce sometimes and then, the next day, she was fine. So, it was kind of an emotional rollercoaster and this was all stemming from her sister dying of cancer. She took it really hard and we had her under psychiatric care and she was on medication, so, again, I can't answer what was going on in her head the night she left."

"Can you understand," Rodriguez pressed, "why people watching at home who hear you tell this story are shaking their heads and say, 'He can't be telling the truth. It doesn't make sense.' Do you understand that?"

"I understand what people are thinking, of course. But it happens."

Peterson's lawyer, Joel Brodsky, interjected that, "If you look at the polygraph, I mean, if you believe in polygraphs, one thing they all confirm is that Drew had nothing to do with either Kathleen's death or heeded no harm to Stacy. And he had no role in her leaving the house. So, if you like polygraphs or if you believe in them and that they are accurate, then those facts are confirmed.

"I personally don't find polygraphs," Brodsky continued, "I've always said this, that I don't find them to be reliable. I don't believe that they're reliable. They're not admissible in court."

But Rodriguez said, "It's not the polygraphs, it's the things (Drew says that) don't make sense, but are just (Drew claims) the way they are."

"For example," Rodriguez said, "in your third wife's death, Kathleen's death, you say that you had the kids that weekend. You were in the middle of a divorce and you dropped them off that night, she wasn't there, she wasn't answering, so you took them back home and it wasn't until the following night that you asked the neighbors to go in. Why did you wait a long night?"

Why not call investigators instead of anybody? Why not go in yourself where you finally reach the point where you were concerned about her?

If you're concerned and she is the mother of your kids, why not go in yourself?

"I was there and, eventually, when I heard them screaming, I did go in, but Kathleen was the type that would have accused me of stealing something out of the house if I would've went in, so I stayed out just to try to keep an objective stance."

To sum up, Peterson told Rodriguez, "Now that this polygraph has come out, I hope everybody sees I'm innocent of everything that I've been thought of doing."